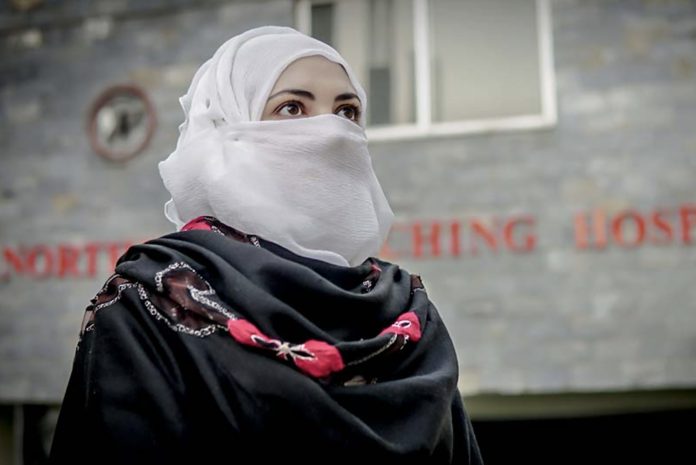 As Covid-19 infections began to spread across the northwest region of Pakistan nearly one
year ago, the staff of North West General Hospital watched unfolding coverage of the virus without realising the central role they would play in the months ahead.

‘When Covid-19 surfaced in the media, I had never thought I would be on the front line battling it in Peshawar city,’ said Gule-Laila, a nurse at the private hospital. Even though the province in which Peshawar is located has a population of more than 35 million (roughly equal to Canada) and comprises nearly 15% of Pakistan’s population, it has just 3.4% of the country’s doctors and 5.4% of its nurses.

Arifullah Khan, a medical officer, felt similarly. ‘Though I was mentally prepared to deal with the pandemic, I was equally worried as there was no research and evidence-based treatment of Covid,’ he said. ‘Plus, hospitals had a shortage of PPE [personal protective equipment].’

Since those early days, North West General, like medical centres around the world, has been adjusting to the Covid-19 pandemic. It has sharpened its safety protocols, reorganised its admission practices, and trained staff, patients and the public. Those lessons, say officials, will be permanently incorporated into the facility’s operations.

Although North West General Hospital ultimately became a key part of the regional fight to stem the spread of the virus, few could have anticipated its central role. The hospital was not originally part of the government’s Covid-19 response in the province of Khyber Pakhtunkhwa; that was a job for public health facilities. But as the pandemic closed in during the summer of 2020, North West General Hospital pivoted to meet the challenge.

Its response is ‘testament to the ability of the private sector to help maximise the value of health system resources at a time of crisis,’ said Nadeem Siddiqui, IFC senior country manager for Pakistan.

Adjusting to a public health crisis

North West General Hospital, one of the leading health care providers in the region, treats more than 200,000 patients annually and is one of the very few facilities in the province providing health services to patients from bordering Afghanistan.

Zia Ur Rehman, North West General Hospital’s chief executive officer (no relation to the author), says that this and many other challenges presented by the pandemic forced a profound change in day-to-day operations.

‘We have a new system now,’ he said. ‘Previously people used to visit a hospital without following any protocols, but now Covid precautions, such as masks, hygiene, and social distancing, are compulsory and entry to the hospital is not possible without these.’

Rehman said the pandemic prompted many other changes as well, including patient admissions policies and emergency room protocols, to reduce the chances of people contracting the virus. The hospital also created a separate Covid-19 unit in its teaching hospital.

North West General Hospital, which was established in 2009 by a group of medical practitioners under the umbrella of Pakistan-based Alliance Healthcare, also allowed employees to make home visits to test patients; expanded its telemedicine services; and began the province’s only drive-through testing site. Rehman said that many of these practices will continue after the pandemic is under control.

He believes the hospital, which employs 1,400 people, has met the challenge of Covid-19 so far, and that the entire staff has learned valuable lessons. Still, he acknowledged that this has been an extraordinarily difficult challenge from the start.

The role of a private sector provider

When Covid-19 first spread in Pakistan – the first two cases were registered in Khyber Pakhtunkhwa – no one was sure what to do. Amid the uncertainty and fear of a widespread pandemic, authorities imposed strict measures by deploying police to public hospitals for forced isolation of Covid-19 patients. The authorities also imposed lockdowns in areas where people with Covid-19 lived, fencing off streets to traffic.

Some people, fearing stigma or backlash from a positive diagnosis, didn’t seek help, or if they did, kept it private. ‘In some cases, patients did not disclose their Covid status because of fear, which endangered others in the hospitals, especially health workers,’ said Wajeeh Ur Rehman, a health worker in the province.

Although public hospitals took the lead in treating patients, when cases in the northwest province began to rise in the summer of 2020, local leaders asked North West General Hospital and other private sector health providers for help.

It was a learning process from the start. The first Covid-19 patients were brought to the top floor of the general hospital. But after it became clear that Covid-19 and non-Covid-19 patients should not be in the same facility, patients with the virus were shifted to the teaching hospital.

The hospital also faced the challenge of finding ventilators, which were scarce because of supply chain disruptions. It was eventually able to procure 24 ventilators in the weeks after the outbreak and has since added another 26.

In addition to new equipment, the hospital needed additional staff and training so that everyone could learn the new safety protocols and operating procedures. After that came training for the public, as well as for patients, to emphasise the need to follow protocols.

‘Our biggest challenge was people’s non-compliance to Covid-19 precautions,’ Rehman said. ‘We provided them masks at the entrance, but they kept them in their pockets.’

Now, nearly a year later, most of the issues North West General Hospital faced early in the pandemic have been resolved. More than 50 beds in the Covid-19 ward are occupied, and 20 additional beds are available.

It remains unclear when the first Covid-19 vaccines will be available in Pakistan, but Rehman believes it may be sometime soon. The National Command and Operation Centre has started the registration of nearly 500,000 front-line health care workers, both public and private, from all over the country.

The government will provide free vaccines to the general public and has procured more than 1 million Covid-19 vaccines from the Chinese firm Sinopharm. The vaccine, however, is still awaiting approval from Pakistani regulatory bodies.

For Rehman, as chief executive of North West General Hospital, making sure his healthcare workers receive the vaccines as soon as possible is uppermost in his mind. Although some staff members have contracted the virus while serving patients, no staff members have died from it. The province has, however, suffered Pakistan’s highest death toll of medical personnel; 37 doctors and more than 40 other health staff lost their lives to Covid-19.

But the health crisis has taken an emotional toll on many hospital personnel. Khan, the medical officer, has been living alone in a nearby hostel during the pandemic, and he said that working with such sick patients is very difficult. ‘I feel upset and helpless when a patient’s condition deteriorates despite all the efforts and resources available to him,’ he said.

Gul-e-Laila, the nurse, agreed. ‘This is an extraordinary intense duty as unlike normal patients Covid-19 patients require more attention, monitoring and care,’ she said. ‘Covid-19 has a psychological effect on patients as I often have to deal with aggressive patients – sometimes they want to go back home or walk outside in corridors, which we manage through counselling.’

Hospital staff members can now help their Covid-19 patients by involving the patient’s caregiver – usually a family member or friend – in a deeper way than was previously permitted. They believe this helps with a patient’s recovery. In addition, staff facilitate video and WhatsApp links so that doctors can talk to patients’ family members and keep them apprised of the situation.

This article was originally published by IFC in
IFC Insights. 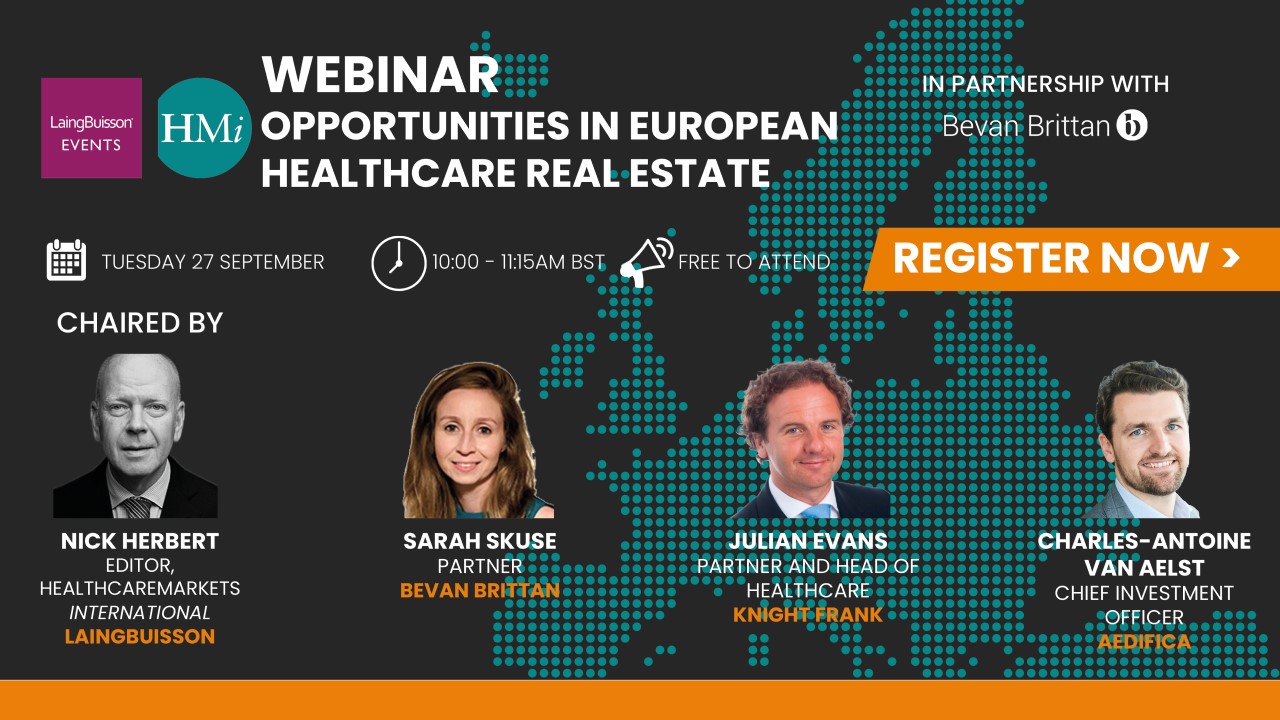 InFocus: Mansfield Advisors looks at the prospects for fertility around the...