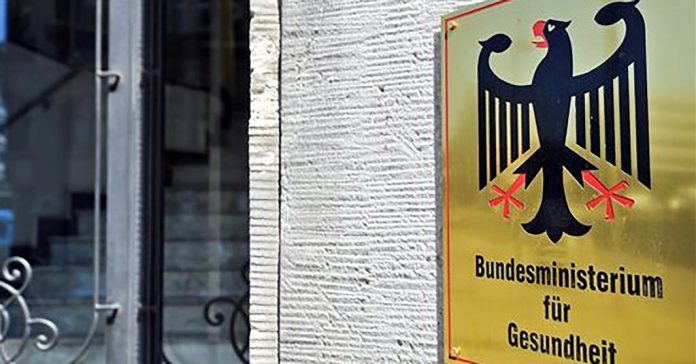 The German retirement home market has been one of the safest investments during the pandemic. Anastasia Nikitina at real estate broker Tranio looks as how it has survived and why the outlook remains so good

More than €407bn (US$480.5bn) was spent on healthcare in Germany in 2019, according to the expectations of the Federal Statistical Office (Destatis). In 2018, German healthcare spending accounted for 11.7% of the gross domestic product (GDP), giving Germany the second largest healthcare sector in Europe, after Switzerland.

OECD reports that in 2017 Germany was the second country after Japan with the highest expenditure on long-term care. It is worth noting that OECD data shows a huge gap between Germany and the next position: Korea has the third-highest expenditure, but it is approximately two times smaller than Germany’s and Japan’s.

Furthermore, the growing elderly population in Germany is going to contribute to the expansion of the healthcare market, suggests a 2020 research paper by Fortune Business Insights.

Germany is well-known as one of the most ageing societies in the world. In 2018 people aged 65 and older in Germany accounted for 21.5% of the population, according to the most recent OECD data. The American Association of Retired Persons predicts that by 2050 the number of geriatric people in Germany will account for almost one-third of the total population.

Nowadays, the life expectancy for newborn children in Germany is 83.3 years for girls and 78.5 years for boys according to the German Federal Ministry of Health report, issued in 2020.

At the same time, German elderly people tend to live not only longer, but also healthier.

NOWADAYS, THE
LIFE EXPECTANCY
FOR NEWBORN
CHILDREN IN
GERMANY IS 83.3
YEARS FOR GIRLS
AND 78.5 YEARS
FOR BOYS

According to Eurostat data on healthy life years for Europeans from the age of 65, German elderly women are expected to live another 12 years of a healthy life.

For men the number is eleven years, showing an improvement from 2007 when the expectancy was eight years for both sexes.

For comparison, in Sweden and Norway, the healthy life expectancy for the elderly is 16 years, while in the United Kingdom the numbers are eleven for women and ten for men.

Merging innovation technology and healthcare is a pivotal course for the Federal Ministry of Health.

In 2019 German government introduced the Digital Healthcare Act (Digitale-Versorgung Gesetz, or DVG) that promoted the use of telehealth, development of new digital health tools and applications covered by insurance, and digital data collection for research purposes.

From 2021 the German healthcare sector is going to implement electronic patient files and health cards that are going to be a part of the nationwide technological system. As the Ministry of Health reports, from 2022 patient files are going to include the vaccination, maternity and dental treatment records, as well as children’s medical check-ups.

The German government is going to raise awareness about apps that remind people to take their medication. It is also a priority for other tools that can improve people’s quality of life, such as online consultations or heart rate monitors that send signals to the doctor when the patient is feeling unwell.

Since 2013, German company Media4Care has been providing retirement homes with a tablet assistance system. The goal of this system is to make it easier for seniors to communicate with their family and caretakers and help people preserve cognitive activity with specially designed apps developed in cooperation with professional doctors.

Every third elderly care facility in Germany used the system in 2019.

Another project, Smart Service Power, funded by the European Union, is an IoT (Internet of Things) enabled assisted living project that helps elderly people live independently in their own homes.

Another aim of the project is to reduce healthcare costs since the increase in elderly care expenditure has long been a point of discussion in Europe. The project aims to prevent major causes of hospitalisation among elderly people.

Furthermore, as a part of the Federal Government’s Artificial Intelligence (AI) strategy programme, Germany learns how to use artificial intelligence to improve healthcare. AI will help medical workers diagnose diseases like cancer, as well as assist with screening and surveys. The government stresses that AI is never going to replace human doctors. Conversely, this innovation will leave medical workers more time to communicate directly with patients.

The European medical technology market is estimated to be worth more than €120bn, and Germany is among the most developed countries in terms of research and development.

According to a Cushman & Wakefield report, nursing homes in North Rhine-Westphalia, Baden-Wurttemberg and certain parts of eastern Germany have above average occupancy.

The German retirement home market is also appealing to foreign investors because German banks are financing care facilities even despite the pandemic.

Senior investment consultant at Tranio Sofia Bulanova reports that, in the case of the recent transactions she accompanied, the bank granted the loan during the coronavirus crisis, proving that financial institutions are still loyal to retirement home investments. Meanwhile, other types of property, for example, hotels, are falling from grace due to the impact of the pandemic on global tourism.

Retirement homes are leased to management companies on strict long-term agreements (usually 15–20 years). The operator cannot leave without paying 100% of the outstanding rental fee. For an owner, this type of agreement constitutes a transparent and predictable rental business. Plus, care facilities tend to be run by big companies with dozens of properties under management.

Geriatric care facilities don’t come with additional expenses for the investor because the management company is responsible for utilities, insurance, land tax, and maintenance expenses. Furthermore, according to German law, these real estate objects must have a five-year guarantee upon construction that obliges developers to provide major capital works if any problems occur. Minor changes, however, remain at the charge of the tenant
operator.

Despite promising prospects, the healthcare sector in Germany remains hindered by several problems.

The OECD predicts that Germany and Korea are going to ‘face some of the most significant challenges’ among advanced G20 countries. This means bigger spending on pensions, health and social care. Fewer working-age people in the population can also be a threat to the national economy.

Another negative consequence is the understaffing in the aged care sector: the industry lacks employees because of the low wages and overwork. According to German trade union Verdi, there are 200,000 vacant positions in geriatric care.

Nursing care for elderly people is covered for people with both statutory and private health insurance. Since January 1995, this long-term care insurance became mandatory. It does not, however, cover all costs of nursing care: the rest is paid either by relatives or by retirement benefits.

Additionally, since 2017 the insurance covers not only people with physical disabilities but also those with emotional or psychological limitations, such as Alzheimer’s disease or other stages of dementia. Yet, long-term care insurance only covers part of the care costs. Relatives of the patients have to pay for accommodation, meals and additional fees.

Nursing homes remain a financial burden for many Germans. Accommodation costs that are usually paid by families of the elderly residents are rising. The latest most significant increase was recorded in Mecklenburg-Western Pomerania, by 78% from 2019 to 2020.

Several associations, including AWO and Verdi, have demanded that insurance be fully covered. Jens Spahn, German minister of health, has hesitated to do this, stressing that the priority is to achieve decent wages for care workers. Germany is yet to find the balance between the responsibility of the families and society.

Elderly care sector is immune to the crisis

The European elderly care market is not expected to suffer from the consequences of the Covid-19 pandemic, reports Technavio, a British market research company.

The research suggests that the global retirement home services market could grow by US$4.95bn between 2020 and 2024, progressing at a compound annual growth rate of over 3%.

Tranio’s partners relationship manager Andrey Burak, based in Berlin, expects demand for this type of property to grow. ‘Germany’s population is ageing,’ said Burak. ‘At the same time, the current generation of ageing Germans is wealthy enough to lease apartments in private retirement homes during their later years.’

Between 2013 and 2019, approximately €11bn was invested in nursing homes in Germany. Last year, the profitability of nursing homes reached around 4.3%.

According to Terragon, the demand for assisted living spaces for aged Germans exceeds the supply, and the waiting lists have become the norm.

Altogether these factors make the German retirement home market one of the safest investments during the pandemic, despite the challenges it faces.

Anastasia Nikitina is a writer and editor at international real estate broker Tranio. The company is headquartered in Moscow backed up by offices in Bryansk and Samara as well as offices across Europe: Barcelona, Berlin, Athens, and Limassol. Tranio’s editorial department publishes reports and analytical pieces on foreign real estate investment trends and overseas property markets.

Belgium: Cofinimmo to acquire three care homes in Germany and plans one in Spain

An Rx to overhaul hospital operations