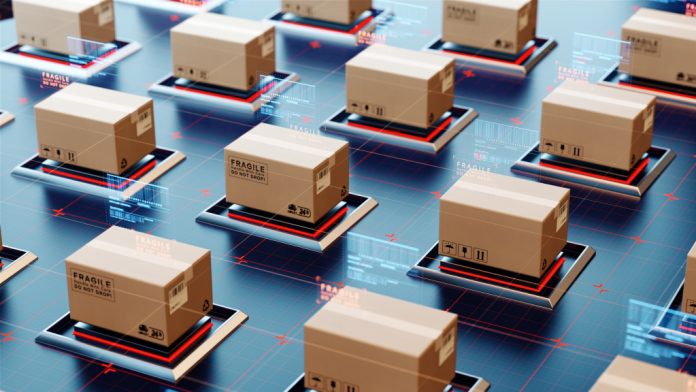 When a group of developers, presumed to be working under the pseudonym Satoshi Nakamoto, launched Bitcoin in 2009, it is unlikely they were thinking about whether or not they were on the cusp of a great medical discovery.

After all, the promise of lower transactions fees than those that were on offer from traditional online payment methods at the time, was an idea clearly rooted in finance. In fact, embedded in the first piece of code was a headline from a UK newspaper that had been written that day. It read ‘The Times 03/Jan/2009 Chancellor on brink of second bailout for banks’.

Obviously, it was intended to be more than a timestamp.

The idea was simple. Bitcoin is a decentralised currency and therefore it can be traded without central banks, unlike government-issued currencies. All that was required was a digital ledger that could distribute the currency. So not unlike many medical discoveries, when Satoshi Nakamoto was focusing on one area, they actually made a superior discovery in another. Once the furore around cryptocurrencies did eventually die down, many commentators were quick to point out that it might be the underlying ledger, blockchain, that could really have wider applications.

So, what does a public ledger have to do with healthcare and why is it relevant now, over a decade after blockchain was invented?

The question cannot be answered solely by referring to Covid-19 but it is important. The pandemic has created numerous obstacles in providing care, including concerns about viral spread within primary care, potential shortages in intensive care capacity, and challenges obtaining sufficient levels of personal protective equipment (PPE).

In less than two months, A&E attendance fell by half and there were concerns people with serious conditions were staying away and not getting access to the treatment they needed. In response, GP surgeries were advised by NHS England to move to a total online triage system. Now only one in four patients are seeing their GP in person. The NHS is undergoing a complete overhaul in how it delivers healthcare.

IT IS POSSIBLE
THAT THE
HEALTHCARE
SECTOR IS
ENTERING A NEW
ERA, ONE THAT
WILL SEE A DIGITAL
EXPLOSION THAT
ALMOST EVERY
OTHER INDUSTRY
HAS BEEN
ENJOYING OVER
THE LAST DECADE

It is, therefore, possible the healthcare sector is entering a new era, one that will see a digital explosion that almost every other industry has been enjoying over the last decade.

We all knew for years that demand for healthcare was slowly outstripping existing clinical resource as populations aged and health provision became more sophisticated and expensive. Covid-19 has accelerated this problem by generating extraordinary demand on health systems around the world in a very short space of time, making it clear that technology is the only way to meet these surges in demand.

This all starts with personal data. The more that can be collected and analysed, the better picture of an individual’s health a clinician is going to get.

In the past, the data points a clinician needed to make a patient assessment were few and far between and often arduous to collect. However, now we are able to track almost every aspect of our personal health in near real-time from our diet, our exercise, blood pressure,
sleep habits and so on, creating a continuous and increasingly detailed picture of our body’s functions. This will make it easier and easier for clinicians to draw more and more accurate assessments and potentially spot issues before they happen.

We are just at the start of this new era, where personal data becomes the basis of treatments and preventative care, but it is going to become a major factor in future healthcare programmes.

Currently, data portability across multiple systems and services is a real issue. There is nothing more valuable and personal to an individual than their personal medical records, so making data shareable across services will inevitably raise concerns around the spectre of data being misused.

The data breach at Babylon Health in June was a recent example of this. The British health minister Matt Hancock even commented on the events saying: ‘They know more about my bunion than anyone’. It was a light-hearted response, but few underestimate the potential seriousness of health data falling into the wrong hands.

Currently, data does not flow seamlessly across technology solutions within healthcare.

For example, in the UK your hospital records do not form part of your GP records, but the advantages are clear in terms of treatment and preventative care were they to do so. Unfortunately, it is not likely a centralised storage and delivery system will get traction until there is one that can ensure the appropriate encryption and security. The risks are simply too high.

Yet, it is an issue that a technology like blockchain can tackle. This is because the purpose of the chain is to store a series of transactions in a way that cannot be altered or changed. What renders it immutable is the combination of two opposing things: the cryptography and its openness.

Each transaction is signed with a private key and then distributed among a peer-to-peer set of participants. Without a valid signature, new blocks created by data changes are ignored and not added to the chain. While it does then become a public artefact, an inspection
of blockchain does not reveal any data, only IDs and hash codes. That is why it becomes an incorruptible digital ledger. As a decentralised and distributed system, a hack into even just one part of the system will not affect any others.

In principle, blockchain might be useful in any situation where we currently trust someone to manage our data in ways that help us to interact.

Instead of storing Bitcoin, blockchains could instead be used to store our medical records. In that way, we would resume ownership of our data, while also allowing others to interact with it at our convenience. Blockchain could, therefore, play a vital role in underpinning our
digital progress and giving health professionals more access to vital data.

Of course, data is useless in itself and intelligence is required to interpret it and find patterns to generate benefits. For example, at Doctorlink we use patient data to assess, prioritise and direct patients to the right healthcare instantly at any time of day or night in a process known as triage.

Our online triage algorithms in some GP surgeries have created up to 30% additional capacity in the system simply by making sure the right patients get to see the right healthcare provider at the right time.

Digital transformation is coming to healthcare. We have achieved great amounts in the last decade, but ultimately, we are still only at the beginning of this process. The healthtech sector is very vibrant at the moment, but too many companies are still focused on issues
like how we bring medical services to the patient, such as talking to your doctor via a video chat or getting your prescriptions delivered to your door.

Instead, a second phase where using technology to enhance clinician’s capabilities and allowing them to operate at the top of their licence is where we can expect to see real efficiency. Not just by handling more patients, but by handling them more effectively and treating their conditions more easily.

Blockchain’s unique ability both to protect and flexibly hold our data could provide the crucial step between these two phases, allowing healthcare to advance with the times.

Scottish physician and microbiologist Alexander Fleming is often quoted as saying that ‘one sometimes finds what one is not looking for’ after his discovery of penicillin. If blockchain is to join medicine’s list of famous accidental discoveries, such as penicillin and the X-ray, there is still some way to go.

When devising the first blockchain database, Nakamoto merely set out to solve the double-spending problem involved with their digital currency.

Ten years later, it would be interesting to see if using a peer-to-peer network might solve a lot more problems than just that. As a delivery system that can ensure appropriate encryption and security, blockchain could provide us with a platform securely to protect healthcare’s exciting future and meet the needs of future generations.

Half of complaints to inspectorate about care homes

Keep calm and carry on investing