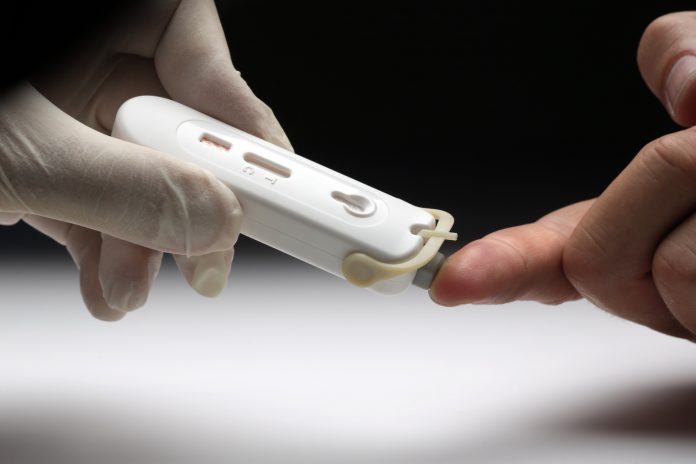 For Atomo Diagnostics, the market turmoil has been no reason to delay its initial public offering plans. Shares in the Australian medical device manufacturer doubled on their debut today.

Atomo had firm commitments for more than two-thirds of the book before it launched, which was then over-subscribed.

The reason for the market enthusiasm is that although the Sydney-based company is best-known for its tests to screen for HIV infections sold via Mylan, Owen Mumford and Iyeza Health, it has been working with potential original equipment manufacturing customers to develop rapid self-tests for Covid-19.

“In the past few weeks we have received urgent inbound enquiries from several diagnostic companies based in Europe, the US and China that have recently developed blood-based rapid antibody tests for Covid-19,” said founder and chief executive John Kelly.

He added that discussions have already progressed to preliminary documentation with two of the parties, and technical and commercial engagement is ongoing.

“We’ve demonstrated our ability to deliver reliable results for challenging diseases like HIV within 15 minutes and look forward to working with our international partners to deliver similar outcomes for consumers and healthcare professionals at a time when the need for greater testing of the Covid-19 virus is urgently needed,” he said.

In fact, the company yesterday, 15 April, was able to announce that it had received a second purchase order from French diagnostics company, NG Biotech, to supply integrated blood test devices for the rapid blood-based testing of antibodies produced in response to Covid-19.

NG Biotech supplies tests to the French Ministry of Defence.

Founded in 2010, Atomo has been careful about how much capital it has raised. Before this, it raised US$14.1m in six rounds of funding, most recently US$1m via a convertible note led by Toronto-based Grand Challenges Canada in February 2017 according to Crunchbase.

IPO proceeds will be used for expansion, R&D, repayment of debt and working capital.

Lead manager on the deal is Canaccord Genuity.

The IPO is a boost to the global healthcare equity markets. While investors await the IPO of WeDoctor in Hong Kong, the only significant recent IPO has been that of Dr Sulaiman Al Habib Group, one of the largest private healthcare operators in Saudi Arabia, in mid-March.

The group currently owns and operates seven healthcare facilities and 13 pharmacies, while operating and managing another seven healthcare centres, all mostly in Saudi Arabia but also in the UAE and Bahrain.

The deal was a success. On the first day, shares were up 10% and at the time of writing they remain at R55.30.

“Despite bearish sentiment the world over in response to the impact that the recent Covid-19 outbreak has had on global markets’ growth, we remain confident that the strong fundamentals that underpin Saudi Arabia and [emerging markets] in general will continue to drive economic growth across the region,” said Mohamed Fahmi, co-head of investment banking at EFG Hermes, one of the bookrunners on the deal.

Other financial advisors and underwriters on the deal were Jadwa Investment and Riyad Capital.

A health crisis under scrutiny