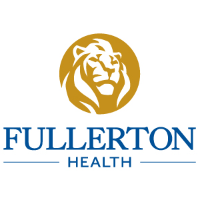 The new special purpose acquisition company (SPAC) is selling 15 million shares at US$10 per share on NYSE. Each share consists of an ordinary share as well as a half of a redeemable warrant. Each whole warrant entitles the holder to purchase one Class A ordinary share at a price of US$11.50 per share.

In a filing to the SEC it said that it intends to focus on targets with operations or prospects in the healthcare sector in the Asia Pacific region.

“We believe that there continue to be significant growth opportunities across the healthcare sector in the Asia Pacific region, both for platforms already focused on the region as well as for global platforms which could see a significant amount of demand from the region,” it said. “We believe such demand will cut across verticals such as tertiary and ambulatory facilities as well as elderly care and rehabilitation facilities, which we expect will benefit from continued supply-demand imbalances and continued healthcare inflation,” it added.

A spokesman for SIN Capital said that under SEC rules the company was unable to comment further.

For the past three years it has been one of the canniest raisers of capital in the healthcare sector. It sold an elegantly executed CGIF-wrapped S$100m (US$73.7m) two-tranche bond in July 2016. After abandoning plans for an IPO in Singapore later that year, it turned back to the debt markets. In April 2017 it sold a groundbreaking US$175m 7% perp – not only the first Singapore company to tap the US market, it was also the first Asian healthcare company to print a US dollar perpetual.

In November 2017, it received an investment of more than Rmb800m (US$121.2m) from Ping An Capital, the core equity investment platform of Ping An Insurance. Most recently, in September last year, International Finance Corporation (IFC), a member of the World Bank Group, granted the company a US$40m long term loan facility to support acquisitions in the Philippines.