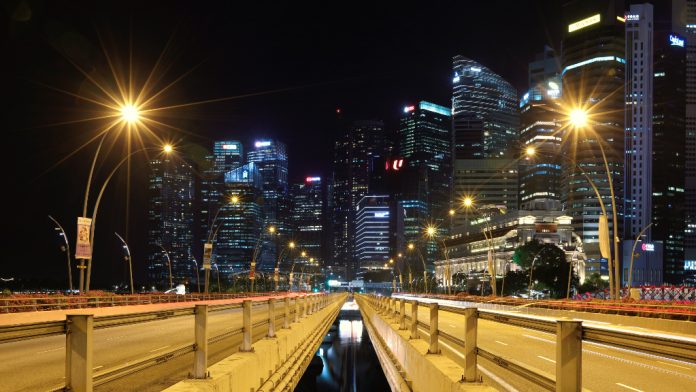 Mike Griffiths, regional director of healthcare at Howden Insurance Brokers, explains that while Covid-19 has boosted telemedicine services in Singapore, this comes with its own problems

Singapore is clean, but no Singaporean wants to be a cleaner. The gleaming buildings and spotless footpaths that set this city-state apart from so many of its immediate neighbours in South-East Asia rely heavily on a huge contingent of foreign workers who fill roles as labourers, cleaners, janitors, and maids. These workers are here to do those tasks that Singaporeans need done but don’t want to do themselves. And when I say ‘huge contingent’ I do mean it – in a country of slightly less than 6 million souls, there are 1 million foreign workers here engaged in supposedly low-skilled and definitely low-paid jobs.

Now, I understand and largely accept the economic argument that these workers are better off than they would be as unemployed citizens of India, Pakistan, the Philippines and other developing countries. But in order to keep costs as low as possible, Singapore has created a separate set of rules for foreign workers and the firms that employ them. For example, while the law here requires that I must always wear a seatbelt when driving a car, construction companies can save on costs by transporting their workforces in the back of trucks.

The cost minimisation extends to accommodation.

Hundreds of thousands of foreign workers are housed in large dormitories in isolated pockets of Singapore where conditions are cramped, and facilities shared.

Covid-19 has ravaged Singapore’s trade-reliant economy. GDP in the second quarter declined by 41.2% on an annualised basis. That is not a misprint – Singapore’s economy contracted by 41.2%. This despite the fact that Singapore’s government was widely applauded for its speedy initial response to Covid-19.

We had a circuit-breaker period (a kind of lock-down lite) from 7 April to 1 June, after which some relaxing of restrictions was permitted. It seemed to work, as Singapore initially had only a small number of cases and we all had hopes of a speedy return to normal life. Those hopes were dashed on the day that Covid-19 got into the foreign worker dormitories, with their cramped, communal living conditions.

IT IS A STRANGE
IRONY THAT A
GLOBAL PANDEMIC
SHOULD SO
ADVERSELY IMPACT
THE MEDICAL
PROFESSION, BUT
IN SINGAPORE,
THAT IS INDEED
WHAT HAS
HAPPENED.

To their credit, the Singapore authorities did not ignore the plight of the foreign workers. Those who contracted Covid-19 received the high level of care for which Singapore’s healthcare system is famous.

In a way, the foreign workers became accidental participants in a phenomenon that has been ongoing here for some years. Singapore is a major medical tourism destination. In much of Southeast Asia, the best medical advice for patients with the means to pay is often to take yourself directly to Singapore. Medical tourism has long been a mainstay of Singapore’s economy, and it supports the practice of many of its medical specialists. Or, at least, it used to.

It is a strange irony that a global pandemic should so adversely impact the medical profession, but in Singapore, that is indeed what has happened. During the circuit breaker period, all but essential surgeries were banned, and even seriously ill patients sometimes delayed treatment for fear of contracting the virus in hospital. At the same time, the borders were closed. Singapore’s doctors found that their income streams from both foreign and domestic patients evaporated overnight.

For a specialist paying S$20,000 a month to rent a clinic space the size of half a squash court, this was a significant problem.

A ‘needs must’ revolution

A possible solution presented itself. Singapore has long encouraged the use of telemedicine to deliver GP services and even has a regulatory sandbox where regulators co-operate with telemedicine firms in developing a regulatory regime that protects patients without stifling innovation.

During the Covid-19 circuit breaker period, more doctors were encouraged to offer telemedicine services to Singaporean patients. For cash-strapped specialists, it took very little time to recognise that these same telemedicine services could be offered to overseas
patients. The absentee medical tourists could consult with Singapore’s renowned specialists from their home country.

There are no official statistics, but anecdotally there seems to have been an explosion in telemedicine services offered by Singapore’s doctors to patients in the region. Problem solved?

Well, not quite. Offering medical care across borders brings with it a whole new set of problems.

Imagine a dermatologist in Singapore provides a medical consultation via video link to a patient in Malaysia who is concerned about a skin blemish. The dermatologist examines the blemish on her video screen and concludes that it is an insect bite. As she is unable to
prescribe medicines in Malaysia, the patient is advised to visit a local pharmacy and obtain an over-the-counter antihistamine cream to help ease pain and itching at the site.

Do we now need to ask ourselves in which country this consultation takes place?

The answer is that nobody really knows. Telemedicine is too new in Asia for the laws governing it to have been decided, which is why Singapore’s regulators created their sandbox. In the USA, where telemedicine has been established for longer opinion is leaning toward the view that the patient’s location is the deciding factor. The language that is used in relation to medical treatment supports this – doctors provide medical treatment to their patients, and so the location of the patient must be where the treatment occurs.

Do we next need to ask ourselves why it matters where the consultation took place?

Well, let’s return to our scenario. The patient in Malaysia follows the advice and applies antihistamine cream to the area. The blemish does not improve, however, and the patient visits a local doctor who takes a biopsy and diagnoses a skin cancer. A month later our dermatologist finds herself caught up in three different actions:

1. The patient brings a legal claim in Singapore’s courts alleging a failure to diagnose skin cancer

2. The patient asks the Singapore Medical Council (SMC) to investigate whether the dermatologist practised medicine in Malaysia while unlicensed in that country

3. The Malaysian Medical Council launches a criminal action against the dermatologist in Malaysia, charging her with practising whilst unlicensed

The first action, the legal claim by the patient, is a straightforward example of a medical malpractice claim and would in other circumstances almost certainly be covered by insurance. However, let’s assume that the dermatologist’s Medical Malpractice Insurance policy has a condition limiting cover to claims arising from treatment rendered in Singapore. While this is a claim being brought in Singapore’s courts, there is at least some doubt as to whether the medical care was rendered in Singapore or in Malaysia.

The second action, the investigation by the SMC, is also a straightforward example of an event that would normally be covered. The costs of obtaining legal advice to assist in responding to an SMC investigation are routinely included under Medical Malpractice Insurance policies here.

Again, however, the allegation that the doctor was unlicensed creates a degree of doubt as to whether the policy will respond.

The third action, the criminal case brought by the Malaysian Medical Council, is perhaps the most problematic of all. The GP cannot ignore the proceedings, as judgments in Commonwealth countries (including Singapore and Malaysia) are subject to reciprocal enforcement agreements.

From an insurance perspective, most Medical Malpractice Insurance policies issued in Singapore only provide cover for claims brought in Singapore’s legal jurisdiction. A claim brought in the Malaysian courts would likely be subject to a specific exclusion, and no cover would be available.

Singapore’s astonishing economic success has come largely because it was prepared to open itself up to the world. It welcomes and invites investment, talent, workers and patients. There are compromises involved in making it all work, some of which are challenging to those of us who grew up in liberal democracies.

But as we emerge into the new normal world post-Covid-19, I feel that there will always be a demand for the shining streets of Singapore, no matter who cleans them. 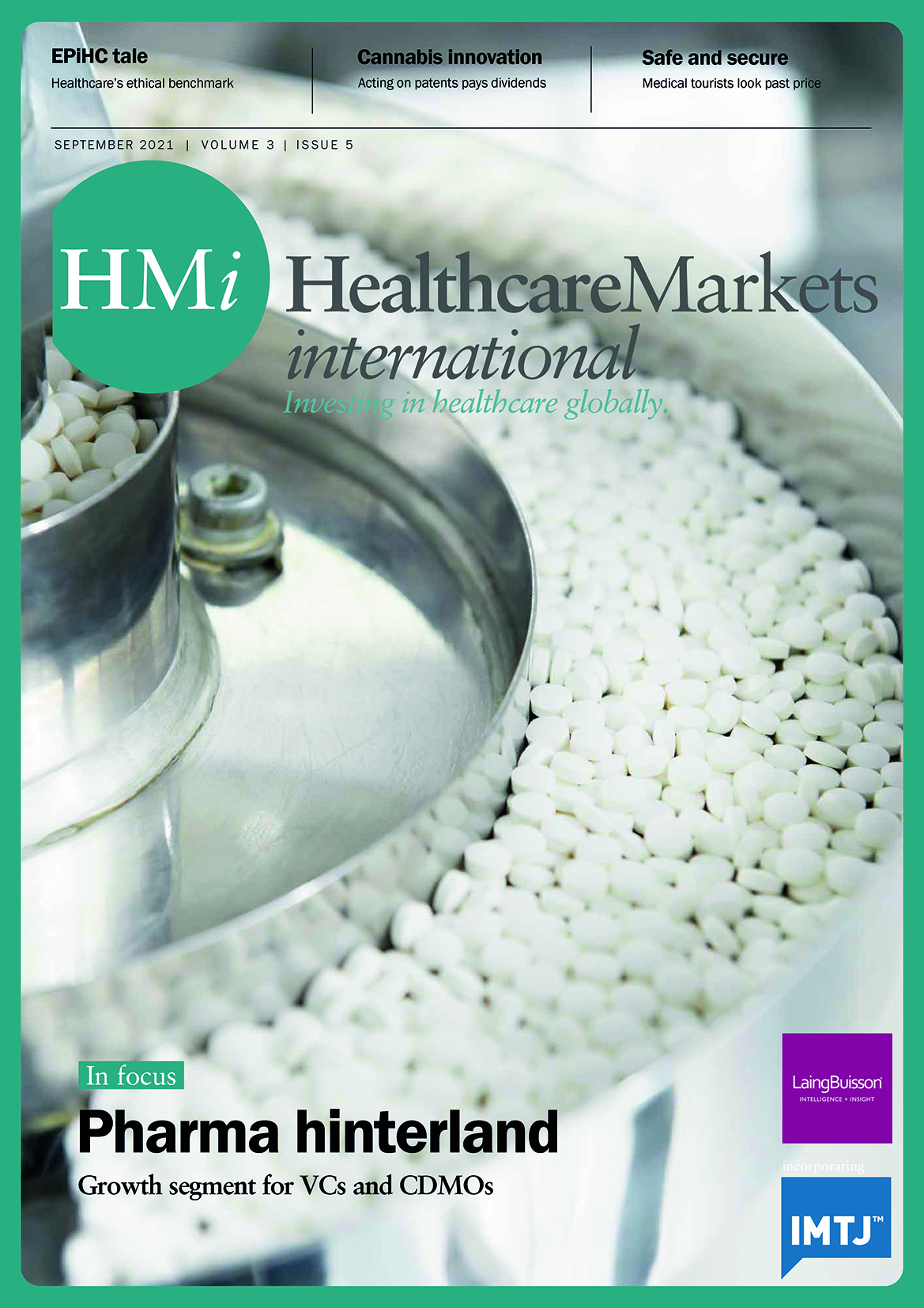 InLaw: An introduction to senior living business models, their application and...

How to get together