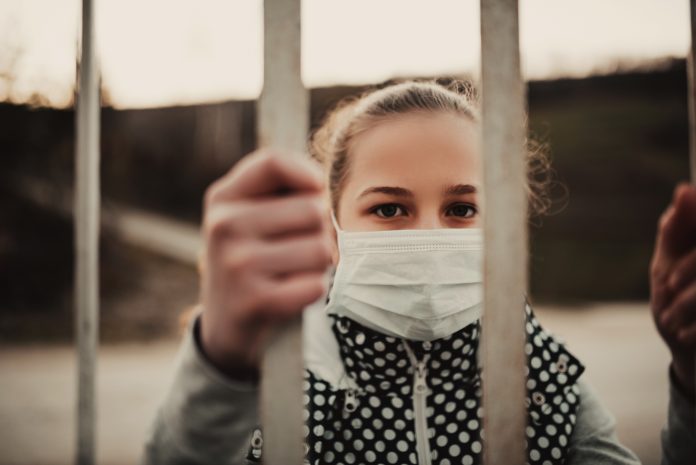 Robert Volterra and Álvaro Nistal, founding partner and counsel at Volterra Fietta, ask whether the International Health Regulations are fit for purpose.

The primary legal instrument regulating states’ responses to global pandemics is the International Health Regulations (2005) (IHR). They seek to protect against the international spread of disease in ways that avoid unnecessary interference with international traffic and trade. They currently bind 196 states, including all member states of the World Health Organization (WHO). Through the IHR, these states have undertaken a range of obligations. These concern mainly the timely reporting of public health emergencies and the strengthening of national preparedness and response systems.

Do states’ responses to the Covid-19 pandemic comply with the IHR?
On 31 December last year, China reported a cluster of cases of pneumonia in Wuhan. The disease was eventually named Covid-19, a novel coronavirus.
There are critics who assert that China failed to comply with its IHR obligation to notify the WHO of the relevant events ‘within 24 hours of assessment of public health information’. It is not possible currently to determine this on the basis of any publicly available information.
On 30 January, the director-general of the WHO declared that Covid-19 was a ‘public health emergency of international concern’. That same day, the director-general issued a number of recommendations.
These included that all countries be prepared for containment of the disease. This required conducting active surveillance, early detection, isolation and case management. Equally, the global community was recommended to demonstrate solidarity and cooperation, including by providing support to low- and middle-income states and by facilitating access to diagnostics, potential vaccines and therapeutics.
Notably, the recommendations expressly excluded any travel or trade restrictions. Further, states were cautioned against actions that promote stigma or discrimination.
It appears that a number of states have failed to comply with at least some of these recommendations. A majority have imposed travel restrictions and other measures that restrict international traffic, often affecting medics and humanitarian workers. The WHO has implicitly noted that, contrary to its recommendations, many of them failed to explain the rationale behind those measures within the required timeframe.
States also have taken actions that promote stigma or discrimination, including by associating the virus with certain countries.
Similarly, multiple governments are already acting in beggar-thy-neighbour ways. For example, they have engaged in uncooperative competition for medical supplies, which also constitutes a restriction of international trade. In addition, many states are still not prepared to respond to the outbreak, let alone to contain it. They lack testing capacity to isolate infected individuals and therapeutics to treat them, among other resources.
States’ actions and omissions during this crisis raise issues concerning the legal nature of the recommendations and of some of the IHR provisions.
The IHR provide states with wide discretion as to how to react to the recommendations, which constitute ‘non-binding advice’. Further, states party retain ‘the sovereign right to […] implement legislation in pursuance of their health policies’. As a result, not following a recommendation – for example, by imposing travel restrictions – does not necessarily constitute a breach of the IHR.
The IHR, however, also make clear that states must exercise their sovereign right to implement health legislation in accordance with the charter of the United Nations, the principles of international law and the purpose of the IHR.
Further, measures that go beyond recommendations shall not be more restrictive of international traffic, and not more invasive to persons, than reasonably available alternatives that would achieve the appropriate level of health protection.
In addition, the IHR oblige states party to provide the WHO with the ‘public health rationale and relevant scientific information’ behind any additional measures that ‘significantly interfere with international traffic’. These obligations apply to the travel bans and other measures recently implemented by numerous states.
Under the IHR, states party also have undertaken the obligation to develop the capacity to respond promptly and effectively to public health emergencies of international concern. They must fulfil this obligation within concrete deadlines.
Therefore, the non-binding nature of the recommendations does not fully explain or justify some of the measures taken by a number of states. Rather, there seems to be a lack of compliance with both voluntary and mandatory provisions of the International Health Regulations.

Do the IHR provide for effective dispute settlement mechanisms?
States’ actions and omissions during this crisis will give rise to international disputes. These include state-to-state disputes, disputes between states and international organisations, investor-state disputes and human rights disputes between states and individuals.
The IHR will play a role in at least part of these disputes. The IHR, however, were not designed to address the totality of the legal consequences of this crisis. Their material scope is limited and their terms are generic.
Most importantly, the IHR dispute settlement mechanisms exclude private entities and individuals and are highly dependent on the willingness of states to submit their disputes to compulsory adjudication.
IHR Article 43 provides that ‘any state party impacted by [an additional measure] may request the state party implementing such a measure to consult with it […] [in order] to find a mutually acceptable solution’.
These consultations do not prevent states party to seek to settle disputes regarding the interpretation or application of the IHR through the separate mechanism established in Article 56. Under that provision, disputes between states and the WHO shall be submitted to the World Health Assembly, the decision-making body of the WHO.
Article 56 also contains state-to-state dispute resolution mechanisms. In the first instance, states party must attempt to settle the dispute through any peaceful means of their choice.
Should this attempt fail, the states concerned may agree to refer the dispute to the director-general of the WHO or to international arbitration.
Importantly, all of these dispute resolution avenues require the specific consent of the disputing states.
Put differently, currently no state party to the International Health Regulations can be compelled to reach an amicable solution or to submit a dispute either to the director-general or to international arbitration. In the present international context, this limits significantly the chances that any dispute concerning the IHR be submitted to compulsory adjudication under that instrument. Indeed, these dispute resolution avenues have never been used.
Another important limitation of these dispute settlement mechanisms is that they exclude affected private entities and individuals. They only apply to the WHO and to the states party to the International Health Regulations.
States, private entities and individuals, however, might seek remedy under other international instruments available to them. The IHR do not affect the rights and obligations of any state party deriving from other international agreements. Rather, the IHR ‘should be interpreted so as to be compatible’ with those agreements.

Are the IHR fit for purpose?
The IHR have provided useful guidance to address the Covid-19 pandemic. Nevertheless, this crisis has shown that the international community needs new mechanisms to ensure that states act promptly, transparently and effectively to protect the world population against pandemics.
Among other areas, scientists, medical personnel and public health officials have identified the need for an improved global-level response regarding the early detection and reporting of outbreaks, inter-state sharing of information and technology resources and funding of development of states’ core health capabilities.
Any new tools must also contain clearer provisions to avoid unnecessary harm to the global economy. In addition, the lack of compliance with the IHR confirms that stronger monitoring and dispute settlement mechanisms are needed.
One way to make this happen is to revise the International Health Regulations. Another way would be the creation of a new United Nations Convention on pandemic suppression.

Waiting lists could hit 10 million by the end of this year, warns IHPN