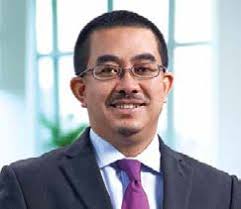 Shahizam began his career in HSBC Malaysia in 1994 with stints then at ING Barings, Salomon Smith Barney and sovereign wealth fund Khazanah Nasional before moving into healthcare.

He was an executive director of Parkway Pantai from 2010 moving around the company in various positions until he became chief executive of Pantai Holdings in 2014 and then chief corporate officer of IHH Healthcare in 2017.

Since then he has been an advisor to clinical communication app MedPlanner and to consulting firm Healthcare Optimisation Partners.

He is a board member of Malaysia Healthcare Travel Council.

He has a degree from the London School of Economics and an MBA from Harvard.

Hong Kong: Ping An Good Doctor to partner with Shinogi