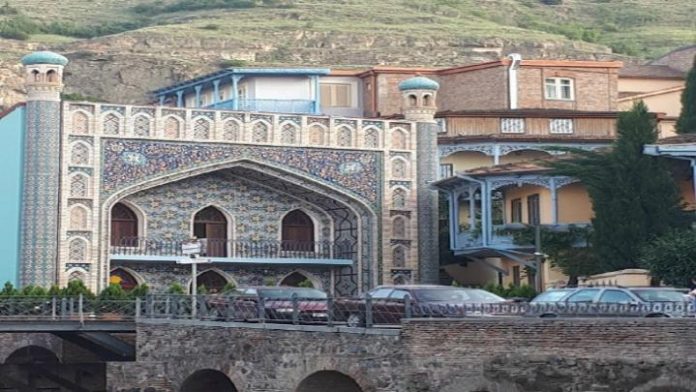 Over the last 13 years, Georgia’s healthcare system has undergone reform which has improved health indicators and narrowed the gap between Georgian and European standards,  according to a 2016 Healthcare Industry Overview report by Georgian Investment Bank, Galt & Taggart. Zero taxes on healthcare, combined with low salaries and associated costs, have also attracted foreign investment into the sector.

Private providers account for the vast majority of Georgia’s total hospital supply and private provision is improving in quality and quantity.

Evex takes its market-leadership role seriously in setting standards and reforming heath, by making their group an example for all healthcare investment in Georgia.  Among their immediate plans is to put all their major hospitals (for example, Regional Hospital in Tbilisi) through an accreditation process, adopt the use of international languages and train their staff in international best practice.

According to a recent report in the Georgian Journal, in Q1 of 2018, 13,900 foreigners visited Georgia for medical and recovery purposes, 61.2 % higher than the same period in 2017. Of this number, 8,600 had medical treatment, the most popular of which were dentistry and cosmetic surgery.  No source was given for these numbers.

Medical tourists usually come from countries to the east of Georgia and nearby countries such as Saudi Arabia, Kuwait, Iraq, Azerbaijan, Russia and Armenia. Emigrants from the US, Russians, Armenians and Azerbaijanis living in England also tend to go back to Georgia for medical and dental treatment.  A flow of inbound patients from post-Soviet countries is not surprising;  Georgia was known as the centre of medicine in the Soviet era, and almost everyone in the country speaks Russian. Healthcare communication remains relatively challenging however for English (or non-Russian) speaking international patients.

Travelling to Georgia is easy for most foreign visitors, as the visa process is straightforward (passports are only stamped at the Georgian airport), unless the traveler comes from Iraq, Pakistan or India where they have to follow the complete visa process application before travelling. Flights to Tbilisi and Kutaisi make it easy for international patients to reach the hospitals.

An international visitor to Georgia will find a combination of interesting historic sites, delicious local cuisine and ancient wine-making techniques, genuine Georgian hospitality, and low prices.  This might help to detract from ongoing weaknesses in infrastructure and the ageing Soviet-era buildings.

The use of the same international rate card (price list) for all incoming patients, regardless of where they come from, is also an attraction.  Many other destinations are known to vary their prices according to source market and this practice inevitably leads to loss of prospective international patients and loss of profit.

Another attraction is a second opinion service (using the wide network of established Georgian doctors working abroad),  as a way of ensuring that the best option has been selected for the patient.

“What makes our medical service reliable is the participation of the entire multi-disciplinary medical team to the finalisation of a medical treatment plan along with our standard second-opinion policy with Georgian diaspora doctors from well-known hospitals in Europe and USA“ said Dr. Koba Kiknavelidze from Evex’s West Georgia Oncology hospital in Kutaisi.

Beyond dentistry and cosmetic surgery, other treatments that a foreign patient can find currently in Georgia are: oncology, radiology, liver and kidney transplantation (still a legally grey area in medical tourism), infertility treatment, bone marrow transplantation, orthopedics and bariatric surgery. Evex also claims to sell a large number of ‘checkup’ packages to patients from the Middle East and post-Soviet countries.

Some indicative prices for treatment include:

Medical tourism and health tourism potential
The Georgian National Tourism Administration says that for Q1 of 2018, the number of international visits to the country amounted to 1,463,561. This is 15.5% higher than the same quarter in 2017. The majority of the visits were by citizens of Azerbaijan, Armenia, Turkey and Russia.

While there is, as yet, no cross-sector medical tourism association in Georgia, GHG sees longer term potential in developing the medical tourism sector. It says that the improving healthcare facilities and standards have the potential to develop health tourism by attracting citizens of neighbouring countries and, conversely, retaining the Georgians currently seeking treatment overseas in the long run.  It sees Georgia as highly price competitive compared to other medical tourism destinations, and offers various health tourism advantages (including benign climate, mineral waters and healthy resorts such as Borjomi or Tskaltubo).  GHG believes there are potentially attractive segments for medical tourism in IVF, plastic surgery, ophthalmology, ‘transplantology’, orthopaedics and oncology.

“We are a country of 3.7 million people but during 2017 we managed to attract 4.5 million tourists to Georgia” says Anri Kapanadze, commercial director of Evex. “The tourists’ increasing preference for our country has helped us identify an opportunity for health tourism as well.  In combination with the government’s decision to eliminate tax in health, we have managed to become attractive for foreign investments and keep competitive prices in healthcare”.
Mr Kapanadze claims that Evex treated 5,000 foreign patients last year and has ambitious plans to treat 30% more this year. They are keen to target international patients from Kazakhstan, Kyrgyzstan, Uzbekistan, Ukraine and Russia.

Georgia has much potential for health tourism development, and to a limited degree, medical tourism.  How well these targeted source countries will respond to Georgian efforts in attracting foreign patients will depend on whether Georgia manages to adjust to and sustain international practices and service levels.  There is much more to do however to come up to the standards found in the best European and Asian countries.

The MTA…. when will the hype and misinformation stop?

IVI-RMA to expand in Middle East, Asia and Europe