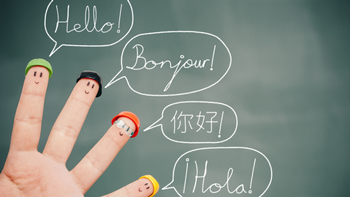 Dr Heidi Kaspar, is currently conducting ethnographic research on international medical travel to Delhi. In this article she highlights the importance and role of interpreting and interpreters in international medical travel. On the basis of primary ethnographic data collected in Delhi NCR, she argues that the complexities of interpreting are basically acknowledged, but tend to be underestimated.

Although it generally doesn’t, health care can go terribly wrong. More than in any other realm, miscommunication in health care can have far-reaching, irreversible consequences. The difficulties mount when patients travel to places where very few people speak their language.

The relevance of communication in health care

The vital role of good communication in health care is commonly acknowledged – and so is its complexity and difficulty. Gathering a comprehensive medical history is by no means a simple task for a doctor. It is equally demanding for the patient to convey her ailments and medical history and to understand the suggested treatment. Medical jargon is difficult to understand, and a doctor’s status and busy schedule does not encourage people to ask for further explanations. The potential for misunderstanding increases considerably if doctors and patients do not speak the same language.

In the context of international medical travel, it is the norm, rather than the exception, for doctor and patient to speak different languages. Contrary to common perception, many medical tourists don’t speak English. Moreover, many of them come from poor countries and have only a limited education. Communicating with a doctor is even more challenging for these patients. However, the language barrier does not prevent these patients from travelling; coming from countries with very limited health care facilities, they have little alternative if they want to receive treatment.

Health care providers catering for foreign patients and medical travel intermediaries recognized the relevance of language at an early stage. They therefore offer websites in different languages and, where applicable, providers highlight their staff’s proficiency in English. India, for example, greatly prides itself on the fact that health professionals speak English. Most importantly, hospitals offer a complimentary interpreting service for non-English speaking patients. For example, a 350-bed hospital in Delhi NCR employs around 20 interpreters mostly from Arabic, but also from Russian, French and other languages. Hospitals usually rely on a mix of regularly employed and freelance interpreters. However, patients may also bring with them a relative or friend or a translator provided by a medical travel agency, or hire an interpreter.
The findings of an ongoing ethnographic research project looking at three key players in Delhi NCR’s medical travel industry indicate that health providers tend to consider that they have addressed the language challenge by ensuring that their staff are proficient in English, and by offering complimentary translation services. Indeed, the primary data we have collected so far shows that foreign patients really appreciate these services. The data also shows that hospital interpreters’ tasks go far beyond merely translating between languages.

In the hospitals studied, interpreters complete or help with a whole range of tasks. They pick up patients from the airport, arrange accommodation after discharge, recommend places for shopping in the city, deal with bureaucratic necessities, make appointments with doctors, collect medical reports, guide patients around the hospital and sit with them in the doctor’s office during the consultation or for a chat in the cafeteria. Interpreters see patients on a daily basis and seem to have more time than doctors or nurses.
Additionally, interpreters mediate not only between different languages, but between different cultures too. For instance, most Arabic interpreters in Delhi are Muslim Indians and hence have a common background of religion with patients from the Middle East. At an emotional level, their shared religion creates familiarity and, in a context that is generally perceived as predominantly Hindu, it can even establish a particular bond between the patient and the interpreter. At a practical level, Muslim hospital interpreters can act as cultural mediators. They intuitively understand when a patient’s customs, such as prayer times and dress, threaten to interfere with hospital routine, and can seek solutions. Hence, interpreters are well equipped to ease the unsettling feeling of being foreign. If foreign patients call interpreters their friends, then this reflects the interpreter’s ability to make life easier for them.
To sum up, interpreters are mediators in language and culture, guides through the procedural and spatial jungle of the alien hospital and the unfamiliar city, an approachable point of contact who take care of foreign patients’ non-medical needs. In fact, interpreters tend to shoulder a large part of the emotional work required to make foreign patients feel comfortable.

… and yet transmission is sometimes less than precise

However, as I outlined above, interpreting in a medical context is a complex, responsible and consequential task. Accordingly, we would expect that the intermediary task of interpreting deserves significant attention from hospital management. Based on the data we have collected so far, we suggest that there is considerable room for improvement. First, hospitals do not require a medical background for interpreters; language expertise seems to be considered sufficient for effective communication. A manager made the responsibilities clear: doctors are bearers of medical expertise, while interpreters translate their words.
Yet interpreting is difficult, particularly when it comes to transmitting complex, subjective issues including unpleasant messages. The requirements regarding language proficiency are relatively low; a certificate or diploma is usually considered sufficient. However, the lack of practical experience might impede communication, particularly when patients speak a dialect. Furthermore, a rich vocabulary is needed to convey nuances, for instance when a patient describes the kind of pain she is feeling, interpreting implies not only translating words, but also a deeper, contextual understanding of how physical and emotional states are expressed in the relevant culture. Since interpreters usually belong to either the source or (more commonly) the destination culture, and often have limited experience of the other, conveying the accurate meaning is challenging.
If a leg has to be cut off to save a patient’s life, this has to be transmitted with professional clarity. Doctors treating foreign patients made it clear that counselling via an interpreter is challenging and that the interpreter’s competence and experience has a large impact on her counselling. If a doctor expresses doubts as to whether her words have been translated accurately, this echoes the fact that there is not only room for improvement, but indeed a need for it.

Contrary to the prevailing understanding, many foreign patients in Delhi NCR are not wealthy. The bulk of international patients coming to Delhi leave their home country because this kind of treatment is non-existent there. They travel to India out of necessity. Their journey for affordable health care is not the savvy choice of a well-informed, rational consumer, as is often assumed. Rather, it is an act of seizing the one chance they have got. Accordingly, these patients reach for a cure with desperate hope and for extra-medical care with modest expectations. Communication challenges are unlikely to keep these patients away, since they have few, if any, other options. However, the lack of alternatives does not release providers from their responsibility to facilitate optimal health care and not simply a medical cure. This entails that they adequately address the challenge of nuanced and clear communication across cultural and language boundaries.
To do so, there is a need to acknowledge the full complexity of trans-cultural doctor-patient communication needs. Interpreters with a high level of language proficiency, in-depth knowledge of the source culture and a medical background are a major part of achieving this goal.

This research is funded by the Swiss National Science Foundation (SNSF). I am deeply indebted to all those who shared and entrusted their stories, experiences and knowledge to me. Without the generous permission of the hospitals involved in this study, this research would not have been possible. Data collection is being conducted by the author and Jyotishmita Sarma, who took notes during the interviews and translated from English to Hindi, and vice versa. Further thanks go to Dr. Sunita Reddy at the Centre of Social Medicine and Community Health, Jawaharlal Nehru University, New Delhi and Prof. Lawrence Cohen at the Anthropology Department, University of California, Berkeley for supporting this project in many different ways.

Medical tourism a priority for Lebanon