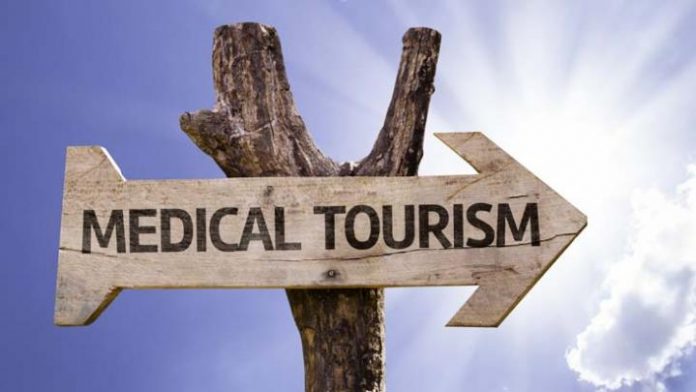 Ian Youngman gives his view of how the world of medical tourism is changing. Which destinations are doing well? Which are faring badly?

In preparing the ‘Medical Tourism Facts and Figures 2016’ report, it is clear to me that medical tourism is changing.

Without a doubt, medical tourism is regional and local; it’s not global, as some industry proponents would argue. In several countries, domestic medical travel is far bigger than international.

Most accept that the troubles of the world – politics and terrorism – increasingly determine where people will and will not go.

Technology is enabling patients to find out the real cost of treatment at home and abroad, and to arrange it instantly, if they wish.

Most of the tourism industry ignores medical tourism, as health tourism, religious tourism, food tourism, adventure tourism and a host of other niches are far easier to understand and arrange, and tend to be more lucrative for agent and destination.

Proving that medical travellers are not just driven by searching for the lowest price, the UK, USA, Germany and Switzerland are doing very well on numbers.

Thailand, Turkey, Egypt, Finland, Tunisia. Singapore, Israel, Jordan and Brazil are among those with falling numbers.

And those on the turn?

India, Greece, Spain and Cuba are among those who are officially trying to promote medical tourism… at last.

Medical tourism? Not here thank you!

Some Gulf states have cracked down on what the state or insurance will pay for medical tourism.

Insurers take a step back?

Cross border healthcare covered by international health insurance is a must in many places but this is mostly for unplanned urgent care.

For every politician and government that spends money and resources in promoting inbound medical tourists, ten more make the right noises but disappear when asked for money to make it happen.

New, well funded websites, either national or global, work on the same basis as tourism sites by allowing patients to compare care and costs, and instantly book treatment. They cost millions to set up and expand. Some will succeed but many will fail.

Agents who cannot offer concierge services and work on the basis that you may get a quote or answer in a few days or weeks are disappearing with the US agency, Satori World Travel, going bust owing over a million dollars.

With the ability to compare prices at home and abroad, patients are not going to believe the myths about “90% cheaper”.

India, the UK and USA understand that domestic medical travel is worth as much or more than international. The technology allowing patients to compare costs is driving this.

Source markets – where can i find more patients?

Two years ago the rise in Chinese and Russian medical tourists was seen as a saviour for many countries. For financial and political reasons Russian numbers have plummeted, while economic slowdown has affected Chinese numbers. European numbers have not grown as many expected, with suspicions that outbound UK numbers have fallen as they can get low cost, quality healthcare at home.

Gulf states now grasp that low oil prices are not temporary, so numbers from there are slowing down.

The “15 million” or “7 million” Americans purported to be medical tourists are mythical figures; if you take Mexico out of the equation, the USA has lower outbound numbers than most African or Asian countries.

Politics, war and economy are the drivers of where people go or not go, what they can afford, and how attractive or unattractive destination countries are.

Another myth that survives is that the US has millions of uninsured people desperate to become medical tourists. If they have managed to avoid buying subsidised health insurance despite massive publicity, then they are not going to succumb to cheap medical tourism; they may be illegals, unable to read, or just avoiding their taxes.

Considering the number of medical tourists, the number who die or are have medical problems post-operatively is small. But with even the poor African farmer having a phone and internet access, the cases that go wrong get massive publicity. South Korea is leading the pack on cracking down on questionable clinics and fake agents, while most countries do an impression of the invisible man when problems arise.

Many small countries have learned to their cost that spending on marketing, medical tourism expos and fairs, glossy brochures and consultancy often costs them many times the extra revenue that they get back. The problem is that the people they pay use the same tired blueprint for a tiny island as for a major country. Bespoke and targeted marketing is now vital , but too many use shotgun marketing and have little idea of targeted marketing by country, people, treatment or travel method.

Source countries tend to fill the gaps on care and treatment; reducing outbound numbers. But more countries are cutting back on non-essential public treatment. Private healthcare is filling the gaps, so medical tourism has to convince people that they can save money abroad, will be safe from terrorism or poor care, that the quality of non-medical care is as good or better than at home and they they will be treated with respect, not just as a number.

Tourism has become niche, with fast accurate global information and instant booking, backed up by believable reviews and high quality service. Medical tourism is still a laggard, focusing too much on low price or factors that the average medical tourist cars nothing about.

Some countries are doing well – for now – but as the old investment motto warns “Past performance is no indicator of future success”.

Certification for resorts launched in Turkey