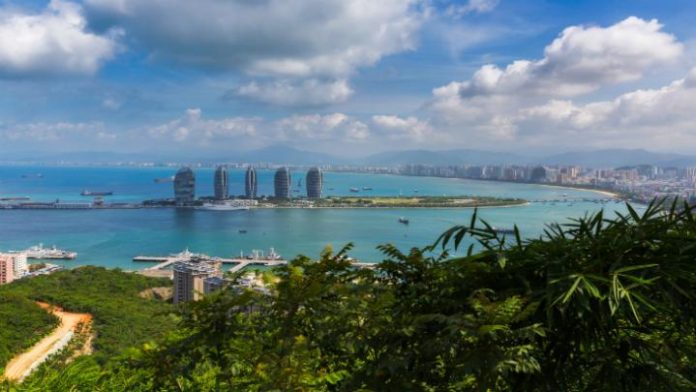 China has unveiled another package of favourable policies to boost the international medical tourism pilot zone in the southern province of Hainan.

The Hainan Boao Lecheng International Medical Tourism Pilot Zone aims to be internationally advanced in medical technology, equipment and medicine by 2025, according to the latest action plan for its development.

The plan calls for building an advanced clinical centre, a base for R&D and the application of cutting-edge medical technologies before 2025.

By 2030, the plan is that the zone will be developed into a world-class destination for international medical tourism and innovation platform for medical science and technology.

Advantageous measures in the plan (although some of which are repetitions of the last two plans) include:

Hainan will create a plan for real-world clinical data application and research, introduce necessary standards, and establish the required legal and regulatory framework.

Boao Lecheng Centre, on the east coast of the Hainan Island between the cities of Haikou and Sanya has 20 square kilometres on which clinics of traditional Chinese and Western medicine provide healthcare services. The government claimed an income of US$53.7 million in 2018, more than double the 2017 figures. It also claims it received 32,000 medical tourists in 2018 compared to 19,000 in 2017; although how many are from China and how many are from elsewhere is not revealed.

In 10 years, Hainan wants medical tourism revenue to reach 40 billion yuan (US$5.84 billion). This includes domestic and international medical tourism. It is projected that within a decade, 10% of overnight visitors to the zone will be medical tourists, accounting for 20% of Hainan’s tourism industry revenue. The target of 5 million tourists, including 500,000 medical tourists, from Greater China, Chinese provinces, and other countries, is considered ambitious and could be difficult to achieve.

By 2030, at least 100 projects will be implemented. Of these, 81 investment projects have obtained official approval and 38 have passed medical technology assessments, but only 16 projects have broken ground and nine hospitals and clinics been opened including:

In this medical tourism pilot zone project, the government will act as an advocate, planner, and regulator while private institutions capitalise on pilot policy benefits to catch investment opportunities.

The Chinese authorities have been trying to attract foreign investors to the island province but details of success, or failure, are scarce. Trade wars between the USA and China have put off some potential investors, while the troubles in Hong Kong make other foreign investors wary of whether promises of a “hands-off” policy will be kept in five or 19 years’ time. 100% foreign direct investment and ownership in hospitals is not yet allowed, as foreign companies must have Chinese partners.

It is intended to become the world’s largest research and development base, equipped with advanced medical equipment, as well as a platform for personnel exchange and international cooperation in the healthcare sector. The cluster is also expected to contribute to the development of China’s medical tourism industry.

By 2050, the plan is that the island will become a unique international cluster with an advanced economy, developed tourism, top scientific, technical and financial potential, and modern medicine.

By 2025, the Chinese government also intends to create an international centre for tourism and consumption on Hainan. It has an overall plan for Hainan FTZ, which aims to turn the whole island into a free trade port and prioritises the development of three sectors: tourism, modern services, and high-tech industries.