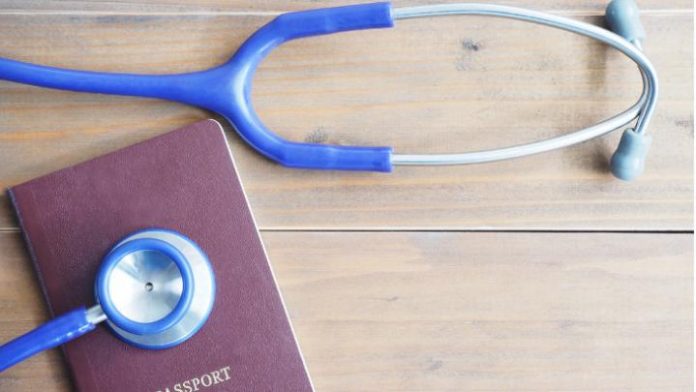 There has been a growing recognition of the significance of the diasporic element of medical travel, and explanations for medical tourism are frequently placed in a wider context of transnationalism, diaspora and migration (Lunt, Horsfall & Hanefeld, 2016; Wang & Kwak, 2015). The phenomenon is partly explained by the growing number of migrants worldwide, who nowadays are constantly connected to their countries of origin. In 2017, there were 258 million international migrants worldwide, three times more than in the 1970s (UN DESA, 2017).
In many countries, members of diasporic communities represent attractive segments to target for home economies. Diaspora strategies are designed in order to mobilise emigrants for the economic development of the countries of origin. Mendoza & Newland (2012) distinguished three major approaches to attract diaspora visitors:

As an example of this practice, the national medical tourism association of the Philippines has been for the most part directed to the Overseas Filipino Workers (OFWs) (Ormond, 2014).

This new research has now been conducted on diasporic medical travelers, with the aim of understanding whether diasporic medical tourism is a primary or secondary travel motivation, and which are its motivating and de-motivating factors. The research population consisted of Poles living in Belgium, chosen because Poland has the largest number of emigrants in the European Union (2.2 million) and fourth largest in the OECD (2.8 million) (OECD/EC, 2015). The resulting paper, “Home, sweet home? Understanding diasporic medical tourism behavior. Exploratory research of Polish immigrants in Belgium“, has been published in the Tourism Management scientific journal.

The paper puts forward a hypothesis that diasporic medical travel may very well be an important sub-segment of medical travel, yet very little is known about this behaviour. The research confirms the assumption that the primary reason for diasporic travelers is mostly visiting friends and relatives (VFR), yet medical reasons constitute the secondary motivation.

It was interesting from the research to discover that the respondents really planned visits to the doctors upfront. It was almost as if they sketched a “to-do” list while visiting their home countries: above all, they visited their families and friends, but after that they had an entire list of activities to accomplish such as visits to doctors and hairdressers, as well as shopping, sightseeing, and entertainment (such as cinema). Holiday time was not any more a typical time of fun and escapism but a time of fulfilling social obligation and catching up with outstanding activities.

VFR travelers have been described in the literature as frequent and longer-staying travelers rather than those coming purely for tourism or business. This research confirmed the above; most of the diasporic respondents travelled to the country of origin 2-3 times (M=3,5) a year and stayed there between 3 to 13 weeks (M=6). Usually it was seasonal travel in periods of Christmas, Easter and summer holidays.

Diasporic medical tourism seemed to be functional, for routine and non-critical conditions that could be postponed in time. Among those, dental care was the most often cited intervention. Diasporic patients were outpatients; they used walk-in services and paid out-of-pocket.

Given the frequent and longer visits of diasporic population to their countries of origin, the spending of diasporic medical travelers may exceed those of foreign medical tourists. This hypothesis needs further verification, though and the study of diasporic dimension of the medical travel/tourism is still at an early stage.

Few countries have successfully targeted their diasporic populations for medical travel. Trinidad and Tobago and the Philippines are the examples frequently cited in the literature (IMTJ, 2013).

Literature also indicates that the promotion of diasporic medical tourism oscillates around networks, mostly ethnic and kinship ones. The research distinguished the following nodes of networks: shops with nostalgia goods, religious entities (such as churches) and educational/cultural organisations (such as schools of the language of origin).

According to the above cited research, the internet, word-of-mouth (WOM) and the power of the national brand all influenced diasporic decisions. The vital role of WOM has been already demonstrated in previous empirical studies related to medical travel (Abubakar & Ilkan, 2016; Yeoh, Othman & Ahmad, 2013). ‘National health-related stories’ presented either in the media or in entertainment were cited by the respondents as important factors impacting their attitudes. They contributed to the construction of the perceived medical expertise.

How are medical travel players responding?