The government has been urged to ‘overcome a legacy of failure on social care’ and reform the system before it faces collapse.

In steps to overhaul provision, the Institute for Public Policy Research (IPPR) has proposed the introduction of fully-funded free personal care in England for the over 65s and the joining up of the NHS and care systems.

The think tank said that by making social care free at the point of need, it would help create parity between dementia patients and those living with other long-term conditions.

The report, Social care: free at the point of need, argues spending would need to rise from £17bn per year today to £36bn by 2030 to fund plans.

It said: ‘This is not cheap but would still represent an increase of less than 1% of total government expenditure, 7% of NHS spending and is only marginally more expensive (£2bn in 2030) than the Conservative party’s 2017 election pledge of a cap and floor system.’

It recommended costs to be paid for out of general taxation, by increasing national insurance or income tax.

Since 2010, there has been a 5% drop in the number of people receiving publicly funded social care per year – around 600,000 people, the 28-page report said.

‘There have been multiple limited attempts at social care reform over the last few decades, but none have managed to overcome the toxic combination of a lack public understanding about the system, a disempowered workforce and vulnerable user group to deliver lasting change,’ it said.

‘The government now has another opportunity to resolve this challenge, having committed to publishing a green paper on the topic followed by concrete actions to deliver lasting change. They must now “grasp the nettle”.’

The IPPR predicts the plans would also almost halve the number of people facing social care costs from around 140,000 people to 80,000. For those still facing high charges it proposes a cap on costs, which (if set at £85,000) could cost between £3.2bn for everyone in the country or £350m for people with assets of £200,000 or less.

The document also recommended the creation of integrated health and care commissioners at regional level alongside new Integrated Care Trusts locally to join up primary, community and social care.

‘Modelling for this research shows that delivering this could save the NHS £4.5bn per year by 2030 as a result of scrapping NHS Continuing Care as well as by reducing admissions to hospital and delayed transfers of care, as well as by shifting care into the community,’ the report said.

Independent Age has been calling for free personal care. Its director of policy George McNamara said: ‘Making social care free at the point of use, in the same way as the NHS, will not only end the unfair dementia lottery, but ensure older people can thrive and enjoy later life.

‘Free social care is affordable and popular with the public. Not only will it bring savings to the NHS and better value for money for the taxpayer, but crucially deliver vital care to older people in their own homes and reduce the need for residential care. Living in our own homes for as long as possible is something that we all want. Free social care delivers this.’

Niall Dickson, chief executive of the NHS Confederation, which leads the Health for Care coalition, said: ‘Clearly solutions exist and what we need now, after decades of neglect from all parties in government, is the committment to end this unfairness.’

The government has said it will publish the green paper in due course, with Prime Minister Theresa May telling the House of Commons during PMQ’s on Wednesday (22 May) that it would ‘bring forward proposals in relation to social care’ to establish a sustainable system for the future.

‘Stark and worrying picture’ for care providers in South East

Number of people waiting for care assessments continues to grow 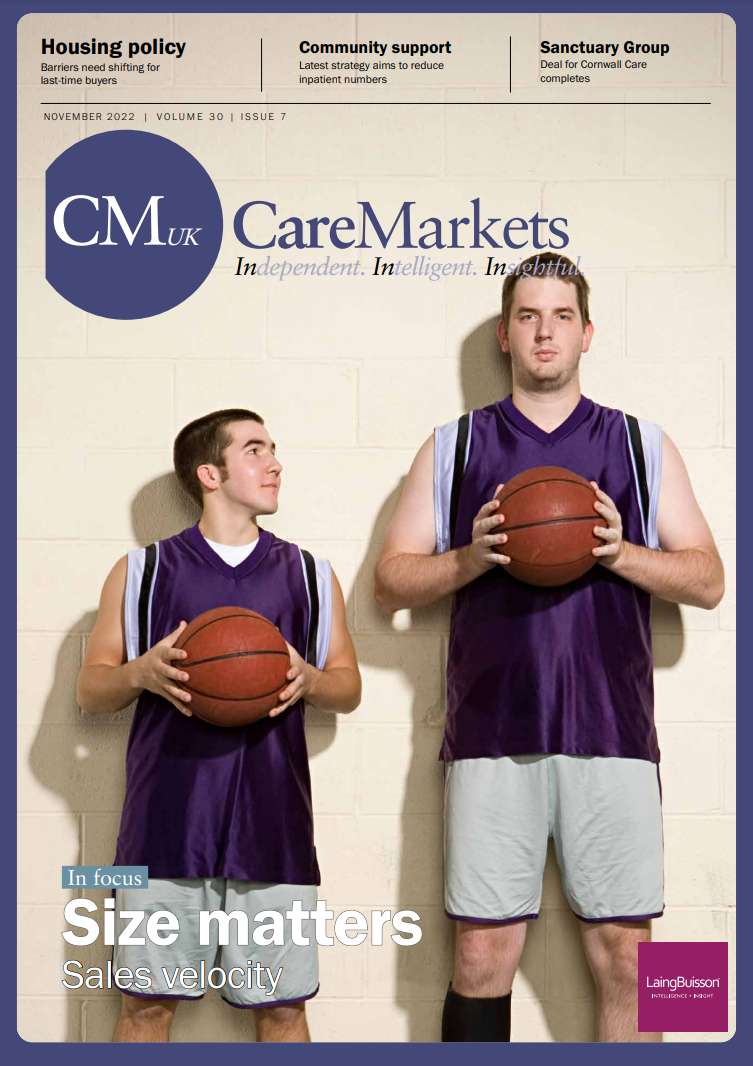