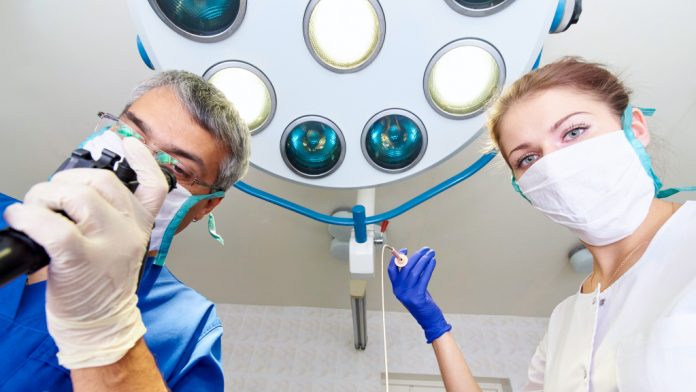 The Covid-19 pandemic has brought unprecedented pressures to healthcare systems across the world and for endoscopy, the backlog presented by postponed procedures could have fatal consequences as opportunities for early diagnosis are missed. However as Matthew Aronow, marketing manager at Healthcare 21, explains, using different endoscopy techniques could ease the burden and potentially save lives

Endoscopy was already under pressure before Covid-19 hit. In recent years, the demand for services has increased significantly, with around 35,500 procedures carried out each week on average. However, this demand has not necessarily been met with an investment in expanding workforces required to meet it.

This lack of investment, compounded with limited access to training resources and funding for new equipment, has resulted in missed waiting time targets and patients having a negative experience.

These concerns were first raised by the Joint Advisory Group on Gastrointestinal (GI) Endoscopy (JAG)’s 2017 Census of UK endoscopy services. In 2019, JAG released another, more in-depth census, which found that whilst improvements had been made since 2017, such as endoscopist numbers increasing by 15% and better planning systems in place to meet waiting time targets, pressure on endoscopy services remains high in the UK.

According to Cancer UK research, as of 30 May this year, more than 180,000 people in England were waiting for an endoscopy, with 66% waiting for six weeks or longer. This represents an increase of 44% on the same point last year, with the number of endoscopies falling by 90% in the month of April. The consequence of this is 394 cancers being ‘missed’ each week on average, more than half of which would have been detected at an early, treatable stage.

In addition, more than one million bowel cancer screening invitations were delayed in being sent out to homes across England, equating to around 675,000 people, 2% of whom would have had a positive result for cancer. And for those who had already received a positive result for bowel cancer prior to the March lockdown, the wait for further diagnostic colonoscopies continues.

This delay, according to research published in The Lancet Oncology Journal, could lead to as many as 3,621 avoidable cancer deaths directly attributed to the Covid-19 lockdown as people avoided attending hospitals and diagnoses were delayed.

Encouraging steps are already taking place to address the build-up of endoscopy cases, not least vital funds being released by central government for local hospital trusts to invest in new equipment. One example is in Scotland, which has dedicated £8m to tackle its own backlog, including £1.35m to create a temporary unit solely dedicated to endoscopy at Raigmore Hospital, Inverness.

However, as the 2019 JAG census found, there is still a need for increased endoscopist capacity. The report found that whilst the number of endoscopists has increased by 14% since 20178, lack of capacity remains one of the leading causes of waiting time targets being missed or appointments being moved. There is also an issue of too many endoscopist vacancies not being filled.

The latter is compounded by limited training resources for new endoscopists to be brought through the ranks and to a level required for JAG accreditation – a recognised mark of quality assurance. Of the resources available, 31% of junior endoscopy trainees reported being ‘very dissatisfied’ with their training, citing the low number of training lists as one of the main causes for their frustration. During the Covid-19 lockdown period, training procedures fell dramatically from an average of 1,930 per week to just 133 – a reduction of around 93%.

JAG has strived to address this misbalance by constantly engaging with organisations involved in running training programmes and the trainee endoscopy network – 94% of trainee endoscopists state being aware of JAG and how it can support them in their career progression.

The field of endoscopy is one which has seen significant technological advancements in recent years, particularly within imaging. Major names such as Fujifilm, which unveiled its artificial intelligence CAD EYE technology to aid the detection and characterisation of lesions and polyps earlier this year, have been active in bringing new equipment designed to improve the patient’s comfort and overall experience to market, and make it easier for clinicians to identify areas of concern.

Optical improvements in slim endoscopes has enabled more patient-friendly techniques such as transnasal endoscopy (TNE) to hold greater value. This procedure involves a scope being inserted through the nasal passage rather than the oesophagus, therefore, removing the need for a patient to be sedated or spend time within a recovery ward. This then reduces staffing costs and leads to quicker patient recovery times. The 2019 JAG census
revealed that 26,685 cases of TNEs were carried out over the course of a calendar year, with around 19,000 conducted within the independent sector.

Consultant Gastroenterologist Dr Bu’Hussain Hayee PhD FRCP AGAF, clinical lead for gastroenterology at King’s College Hospital NHS Foundation Trust, states: ‘With the constant upward pressure on patient waiting lists, we need to identify smart approaches that will allow us to use resources effectively. Transnasal endoscopy has clear benefits to both the patient and hospital economics.

Technology will also help and Artificial Intelligence in clinical endoscopy is a very exciting area that will support clinicians in providing the best level of patient care, while also ultimately improving efficiencies throughout the healthcare system. We are actively seeking these innovations as part of a rapidly-implemented strategy to transform endoscopy services in the NHS.’

Prior to the lockdown, TNE had been explored by an increasing number of trusts as a means of reducing waiting times and maintaining patient comfort.

The procedure has also been recognised as being less uncomfortable and invasive for the patient than a standard upper gastrointestinal endoscopy via the oesophagus due to the risk of gagging being removed, and clinicians have the opportunity to discuss their findings with the patient there and then, before deciding whether a further procedure is necessary.

Capsule endoscopy is another advancement. Though the technique has been in use since the turn of the millennium, it is only now being used as an alternative method to a ‘standard’ endoscopy procedure, with cases up 18% in the period between the two JAG censuses.

The patient swallows a pill-sized capsule which then takes images of the digestive system as it passes through. After eight hours, the recording device is removed, and the images assessed by the clinician within a matter of days.

In the UK, we are fortunate that funding is now being released for hospital trusts to install updated equipment. Leading brands such as Fujifilm are also continuing to innovate their products to facilitate earlier diagnosis and treatment of disease, ensuring that both private
and public sector settings are in a better position to meet waiting time targets and ultimately improve patient outcomes.

With many people apprehensive about visiting a hospital during the current pandemic, capsule endoscopy provides a means of detecting polyps without a patient having to spend time in hospital, thereby easing their concerns and freeing the clinician to be deployed elsewhere if required.

While there needs to be a combination of different endoscopy procedures to reduce the case-load, there must also be an investment in endoscopists themselves. Incidents of specialists missing work through illness, including stress, are far too common, with nearly 20% of gastroenterological staff reporting significant stress.

The substantial amount of procedures will no doubt impact on the wellbeing of practising endoscopists, Though the pressure on endoscopists has long been an issue, it is only now, during a global pandemic, that the full scale is being realised.

Careful planning and considerations are sure to take place as healthcare services begin working towards a return to full operating capacity. Endoscopy services are now back at around 40-50% of pre-Covid levels, however there is still the need to build activity to clear the backlog of cases, and create a sustainable infrastructure capable of delivering the level of diagnostic and therapeutic care that we expect in 2020. 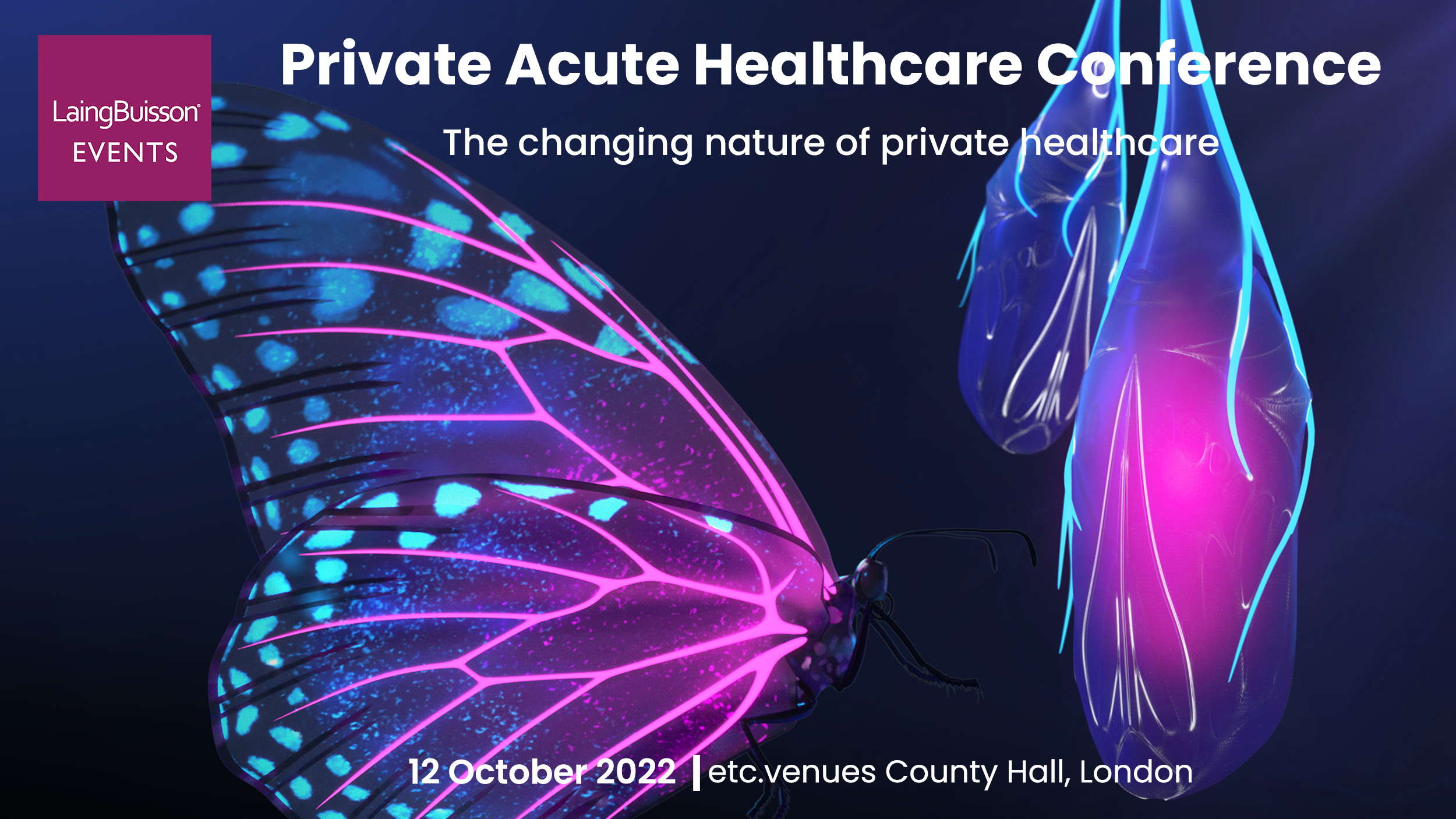 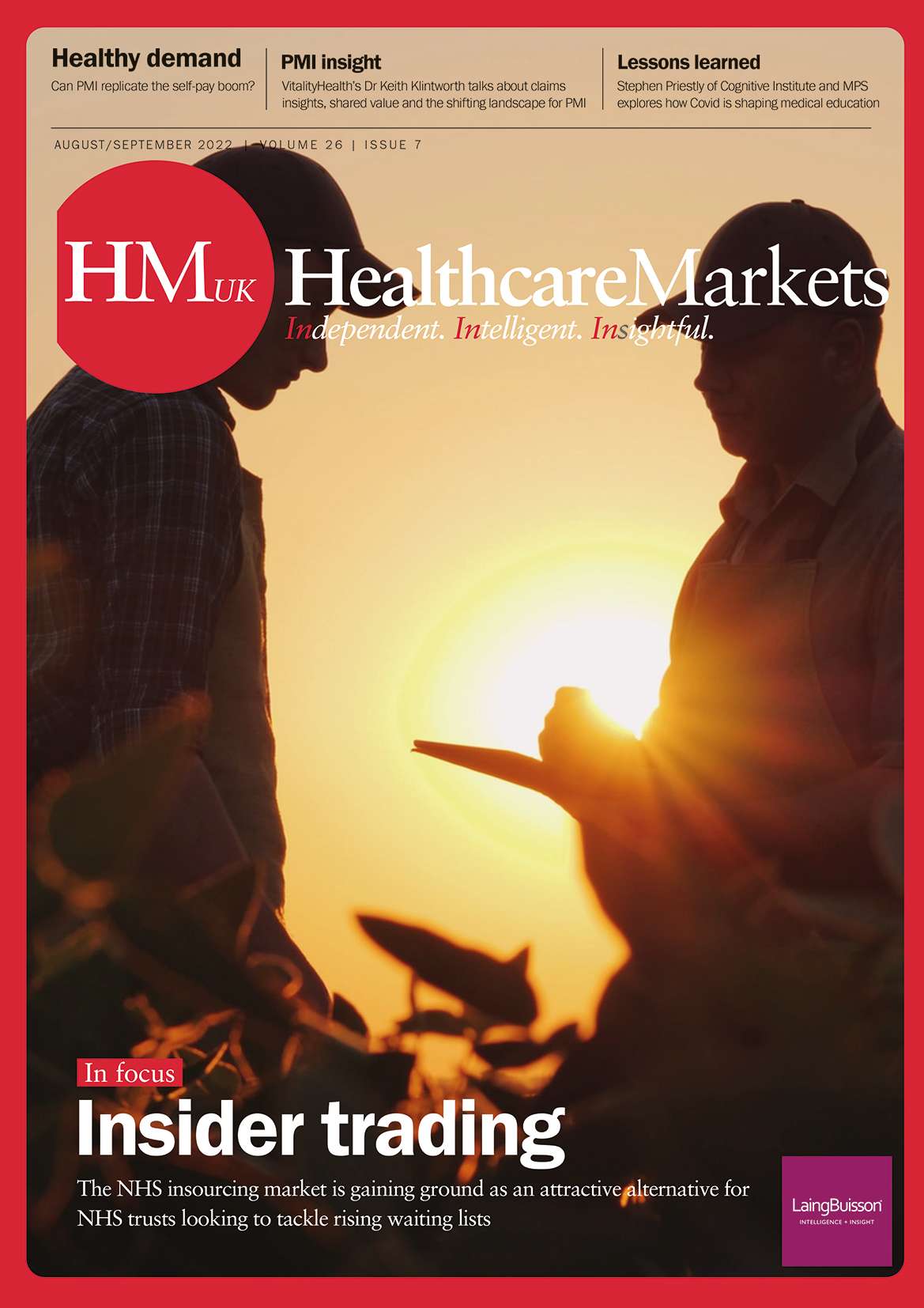 Better regulation by invitation only?

The eyes have it