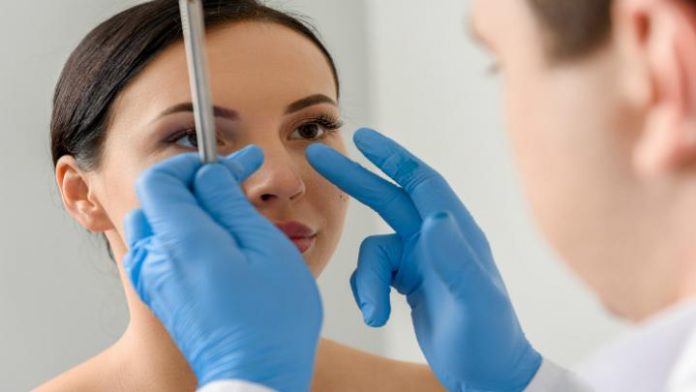 The Joint Council for Cosmetic Procedures (JCCP) has reported an ‘overwhelmingly positive’ response to its ten-point action plan aimed at bringing about the regulation of non-surgical aesthetic procedures.

More than 400 individuals and organisations have responded to the action plan since its publication in March and JCCP chair Professor David Sines told HM it had clearly ‘hit the right note’.

‘We have been seeking feedback which means we are able to take a sense-check and beyond doubt it has been amazingly consistent and supportive of the plan,’ he said.

The plan, which has been hailed by some sector commentators as a step-change in the move towards regulation of a sector frequently referred to as a ‘wild west’, seeks to bring about a safer environment for patients through mandated qualifications, licensing of premises and adequate insurance cover. It also includes measures to raise consumer awareness, ensure transparent information and better regulated advertising, campaign for safer prescribing and produce a legal definition of ‘medical’ and ‘cosmetic’ treatments.

The ultimate goal is for statutory regulation and the JCCP has pledged to work closely with stakeholders across the sector. It has already signed a Memorandum of Understanding to collaborate with the MHRA with regard to exploring ways in which members of the public can be better protected with regard to themanufacture, supply and receipt of safer products and medicines.

In addition, Sines told HM that the JCCP had received mixed feedback regarding its proposal to make dermal fillersprescription-only devices. As such the JCCP Clinical Advisory group will seek to work closely with the MHRA and colleagues across the sector to consider ways of ensuring the provision of a safer supply of dermal fillers in the interests of public protection.

The JCCP will also be publishing a joint paper on what constitutes a ‘medical’, a ‘medically related’ and ‘purely cosmetic’ non-surgical aesthetic procedure in the next few weeks.

With regard to the need for compulsory medical insurance for all practitioners in the aesthetics sector in the UK, the JCCP has confirmed that it is working with a range of organisations and is in discussion with MPs and colleagues in Scotland to set down a requirement for insurance. In addition, it is working across the sector and with governmentdepartments to ensure that national education and training standards are mandated for all therapists who inject toxins, dermal fillers or carry out invasive laser treatments.

‘This is actively part of our lobbying and we want to see compulsory training before practice,’ said Sines.

The non-surgical cosmetic sector has burgeoned in recent years and according to the latest research from LaingBuisson could be worth £3bn by 2025. However, training, registration and adherence to practice standards remains largely voluntary and despite attempts by some MPs to introduce legislation, alongside increasing support for a more stringent regulatory regime among providers, the only recourse to enforcement is currently through local authorities and trading standards.

‘We will be coming back to the rest of the points included in the Ten-Point Plan as the year roles forward,’ said Sines. ‘It is all designed to bring about a new system of governance characterised by a licensing scheme for all clinics, salons and practitioners. We want to see local environmental health enforcement officers have a legal right to inspect premises and ensure practitioners are insured, appropriately trained, work from safe and use safe products.’

LaingBuisson consultant and Cosmetic Surgery report author Liz Heath said there were signs of increasing cohesion in the sector towards regulation.

‘What I am seeing is increased traffic on social media talking about the right way of doing things in the sector. This is the first time there has been real action around collaboration and although there are no exact timelines in the JCCP plan, it feels like a shift in commitment. Cosmetic treatments have been normalised, now we have to make sure they are safe,’ she said.

Sally Taber, director of ISCAS and trustee of the JCCP, told HM that key aspects of the plan would change the landscape and ensure that the sector is no longer seen as the wild west.

‘Hopefully, it will be implemented, and we will see insurance cover and redress available to patients when things go wrong. The absence of such legislation exposes members of the public to unmitigated risk and lets the private sector down,’ she said.

Taber, who has campaigned for better regulation in the sector for decades, said mandatory education and training standards for practitioners was essential.

‘The Advertising Standards Authority has upheld a number of complaints against companies falsifying the training provided. However, despite this these companies continue misleading people with terms such as accreditation, Academy and University,’ she said.

Taber said that although the JCCP had implemented robust premises standards, they were often ignored by practitioners and that some rogue insurers provided cover to non-regulated businesses.

‘I feel that I am continually repeating what I have said for many years,’ she said. ‘When I gave evidence at the Keogh review in 2013, I explained the difference Local Authorities and Environmental Officers could make by registering premises. Hopefully, England will now follow what Wales has already done. London and the north of England, in particular Manchester and Liverpool, are where Environmental Health Officers need to be involved asap.’

A holistic approach to aesthetics

JCCP partners with sk:n to push for more regulation in cosmetics sector

Beauty is in the eye of the investor