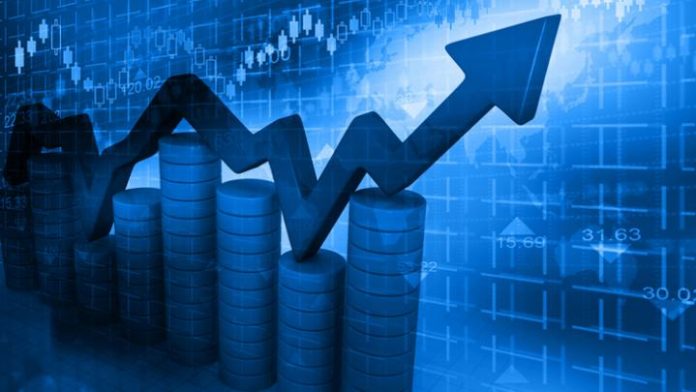 What do the latest figures from the Office for National Statistics suggest about the United Kingdom’s outbound medical tourism numbers? And how reliable is the data?

For many years, we have purchased data from the UK’s International Passenger Survey (IPS), monitoring the flow of people into and out of the UK who are travelling for medical reasons. The International Passenger Survey (IPS) is run by the Office for National Statistics and collects information about passengers entering and leaving the UK; it has been running continuously since 1961. The IPS conducts between 700,000 and 800,000 interviews a year of which over 250,000 are used to produce estimates of Overseas Travel and Tourism. A random sample of passengers is interviewed at all major UK airports and sea routes, at Eurostar terminals and on Eurotunnel shuttle trains.

Can we trust the data?

Firstly, we have to acknowledge that there are shortcomings in the data. Neil Lunt et al, in their report “Implications for the NHS of inward and outward medical tourism” highlighted some of the main issues:

So, there may be a considerable margin for error in the figures. Travellers are asked what the primary reason for travel is – business, leisure etc… and medical. Some travellers both inbound and outbound may be reluctant to state that “medical” is the primary reason for travel. The resulting sample of those who state “medical” is very small, so when the IPS extrapolates this number to create a national measure of medical tourism flows, the projection may not be a true representation of actual flows.

“… given the absence of other reliable data on numbers of medical tourists, their characteristics and where they travel, the IPS does represent the single most comprehensive data quantifying medical travel to and from the UK.”

What does the data tell us about medical tourism flows?

We’ve been collecting the IPS data since 2002. What it may give us is an indication of trends in inbound and outbound medical tourism. The data is collected in the same way every year by a government statistical body. Even if the sample is small, it is the only available measure we have of trends in UK medical tourism.

So, what are the trends? Here’s the graph: 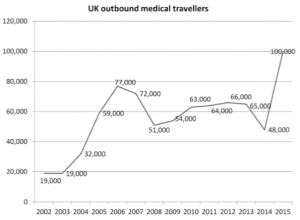 UK medical tourism on the rise?

However… the 2015 data (the latest available) suggests that the UK outbound market is in recovery. But remember… the data is by no means perfect, so this may just be a statistical glitch!

If this does represent renewed interest in medical tourism in the UK, what could be the reasons?

• Pressure on the NHS – There’s been a period of tight control of UK public spending. NHS expenditure has been ring fenced, but supply is failing to keep up with the demand for health services. NHS waiting lists have begun to rise again.

• The fall in PMI – The number of people in the UK covered by private medical insurance (PMI) has been falling for several years. At one time, around 15% of the population was covered by PMI, in addition to their free NHS cover. But as premiums have risen, the percentage has fallen to around 10%. More people are opting to buy private healthcare on a self-pay basis, when they need it. More people may be considering the overseas option due to the relatively high cost of private treatment in the UK.

We’ll continue to monitor the quarterly figures for 2016 as they come in from the IPS. Let’s see if the trend continues.

‘Desperate’ carers concerned ahead of winter

Chinese cosmetic surgery boom is over for Korea