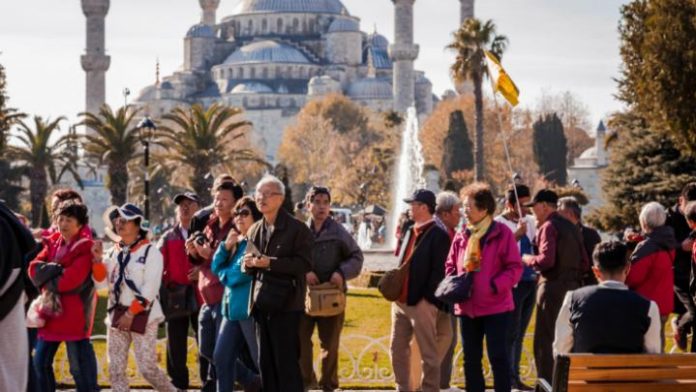 Last year marked the beginning of popularisation of customised travel in China. Chinese travellers are more willing to spend money on gaining unique local experiences and have greater demands and taste for more refined, self-coordinated and individualised tours.

Customised travel is becoming a new form of outbound tourism for Chinese travellers, given the large number of middle to high-end customers and increase in spending power. Since its launch in January 2016, Ctrip Customised Travel has seen increased user demand up to 120,000 per month.

The report indicates that Chinese customised travel market in 2017 is universal, young and growing fast. 40% of customised travel is for outbound travel plans, among which Europe accounts for 10%. With annual growth of 130%, Europe is seeing more Chinese travellers opting for unique, personalised and thematic travel experiences. The main demands for trips are that they are in-depth, slow pace, private, niche and more about leisure.

From Ctrip’s travel data, 2017 saw more than 6 million Chinese making their first entry to Europe. 9.3% of Chinese travellers chose Europe as their outbound destination, making it the second most popular continent for Chinese travellers.

Females travel more than males and 23% of total outbound tourists to Europe are aged 50 and over. Providing age-appropriate travel services to older Chinese travellers is a challenge but also an opportunity to tourism service providers.

The top five European countries for customised travel are UK, Italy, France, Russia and Greece. On average, customised trips to Europe last 12 days with tours not exceeding two countries. Most trips take place from May to July, but winter seasons such as January and February also see many visits to Scandinavian countries.

Shanghai, Beijing and Guangzhou are the top three departure cities for customised travel. While they comprise of 50% of customised travel, second-tier cities such as Harbin, Wuhan, Fuzhou, Nanjing and Hangzhou are part of the fastest-growing cities with year-on-year growth exceeding 100%.

While there is no direct mention of medical or wellness tourism in this report, both tend to follow general tourism trends of where people go.

France: Cofinimmo acquires a nursing and care home in France for €17m