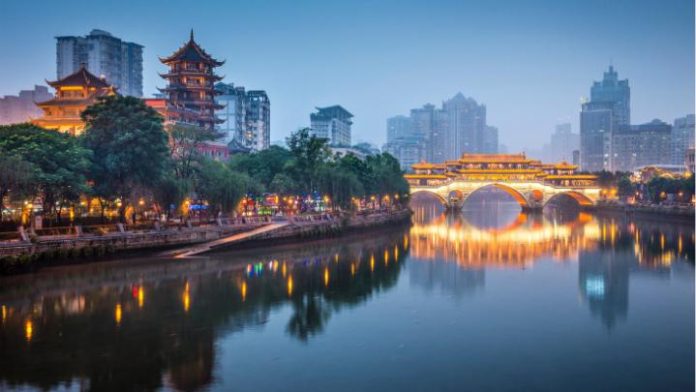 According to mobihealthnews, China’s biggest healthcare platform, Ping an Good Doctor, will roll out hundreds of thousands of unstaffed ‘One-Minute Clinics’ across the country. Patients sit in 3m square booths and chat with an artificial intelligence cloud doctor, called AI Doctor, about their symptoms.  With a shortage of doctors in the country, many are turning to digital health and artificial intelligence to fill the gap.

The article says that the AI Doctor’s role is to gather medical history and come up with a diagnosis plan, which will then be passed on to a specialist consultant via telemedicine. The One-Minute Clinics can then connect patients with a clinician on Ping An Good Doctor’s in-house medical team. The system will also include a smart medicine cabinet where patients can get their medication after getting a diagnosis. It will include upwards of 100 common medications.

“We plan to build hundreds of thousands of these unstaffed clinics across the country in three years,” Wang Tao, founder and CEO of Ping An Good Doctor, told South China Morning Post.

The clinics have already been piloted in the Wuzhen Scenic Area outside of Shanghai.  The virtual clinics could be placed anywhere from pharmacies to school and shopping malls to highway service stations.

The article says it’s no secret that China is facing a shortage of doctors. According to the World Health Organization, China has 1.8 doctors for every 1,000 people, compared to 2.5 per 1,000 in the US and 3.4 per every 1,000 in Australia. While China is not alone in this shortage, neighboring India has less than one doctor per 1,000 people, the Chinese government has set health as a priority in the country.

In 2016 the Chinese government has kicked off Healthy China 2030, the country’s first long term strategic health plan since 1949. This means there is now a government mandate that makes healthcare policy a priority.

Many are turning to digital health and artificial intelligence to fill the gap. Technologies such as the One-Minute Clinics could expand the number of people treated.

Ping An has been growing its influence across Asia. At the end of last year it announced a Memorandum of Understanding with Bangkok Dusit Medical Service, the largest healthcare network in Thailand. It also set up a joint venture with Southeast Asian ride-hailing platform Grab, which will give users in the region access to artificial intelligence-assisted online medical consultations, medicine delivery and appointment booking.

Ping An Good Doctor, faces stiff competition from Alibaba.  By April 2018, nearly 23,000 medical practitioners, pharmacists and nutritionists had signed up with the New York-traded e-commerce giant’s subsidiary, AliHealth, to provide online health consultation services. There were 28 million active users on the subsidiary’s “My Health” service on the Taobao mobile app. AliHealth has also announced plans to expand its AI investment and to launch a range of new services.