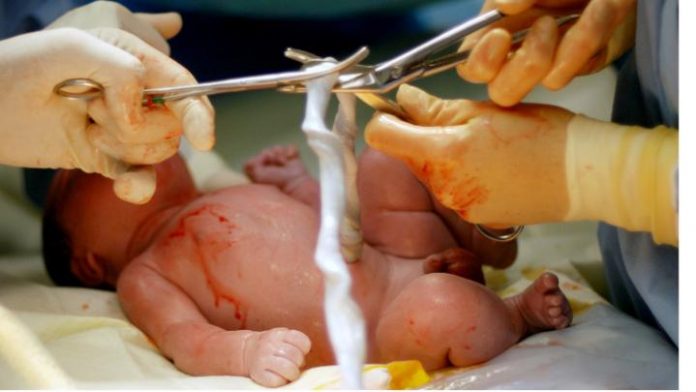 Medical tourists accounted for 30% of patients who received unauthorised therapies in Japan based on blood from umbilical cords and placenta sold by a dealer who has been charged with illegal handling of the blood.

The dealer, who heads a cord blood sales firm in Tsukuba, Ibaraki Prefecture, was among six people arrested for suspected involvement in cord blood treatments conducted without advance notice to authorities. The effectiveness and safety of the therapies has not been proven. Among those arrested were a doctor and the head of a clinic in Tokyo.

Among the foreign clients were many Chinese. Cord blood transplants have become popular for medical and beauty reasons, despite being expensive and running the risk of graft rejections and infection.

Investigative authorities believe the suspects conducted lucrative and expensive cord blood therapies despite knowing that carrying out this kind of treatment had not been authorised by the health ministry.

According to the police, in April 2010 the Tsukuba company began selling cord blood that could be used to treat more than 300 people to a clinic in Kyoto and a now-defunct cord blood wholesaler in Fukuoka, from which it was resold to other medical institutions across the country.

Cord blood found in umbilical cords and placenta following childbirth contains blood-forming stem cells that are used to treat leukaemia and a number of other diseases.

Under Japanese law on the safety of regenerative medicine, medical institutions using stem cells are required to submit treatment plans for review by the health ministry, except when treating designated diseases such as leukaemia.

The Kyoto Clinic began getting Chinese patients in 2015 and has seen at least 70 medical tourists. The demand from foreign clients is very high as they see Japan as the most advanced nation for regenerative medicine. Patients came on group trips via a Japanese medical travel agency.

The police allege that the clinic administered illegal umbilical cord blood to four patients at his clinic between July 2016 and April 2017 without reporting it to the government- and these are token charges.

The Japanese Society for Regenerative Medicine has warned that there may be many more local clinics using illegal treatment, as umbilical cord blood is popular with Chinese visitors

Blood taken from umbilical cords and placenta is high in blood-forming stem cells, which are used in treatments for leukaemia and other critical diseases. There are also hopes that research into regenerative medicine will find cures to cardiac and other complaints, and may even mitigate the effects of Parkinson’s disease by implanting nerve cells into the brain.

Some locals suggest that Chinese people misunderstand stem cell treatments and see it as some sort of magic solution. But there are elevated risks of infection and graft rejection, so any procedures using cord blood require extensive testing to ensure compatibility and explicit authorisation from Japan’s health ministry.

Claims the blood is also an effective beauty treatment have not been proven but that has not put off more than 1,000 patients undergoing such procedures at facilities across Japan in recent years. It has also been claimed it is effective in treating cancer, although that suggestion also remains unproven to date.

Chinese medical tourists are vulnerable as they go to Japan because this treatment is not available in China and because Japan is seen as being advanced in this area and having good medical facilities.

Under Japanese law, clinics are limited in the services they are able to advertise on their websites, but some clinics take out advertisements in China through other companies, enabling them to evade scrutiny. It is not illegal for Chinese people to travel abroad for medical procedures, including regenerative therapies.

According to police investigators, illegal injections of umbilical cord blood were conducted at clinics and private hospitals in at least 20 prefectures across Japan.

By law, umbilical cord blood is donated free of charge to publicly operated blood banks by women after they have given birth. The blood is kept in storage. Such banks have to be licensed and are closely regulated to ensure safety

The blood used in the recent unmonitored treatments was obtained from a blood bank that went bankrupt. Brokers paid to obtain the blood and sold it on to clinics.