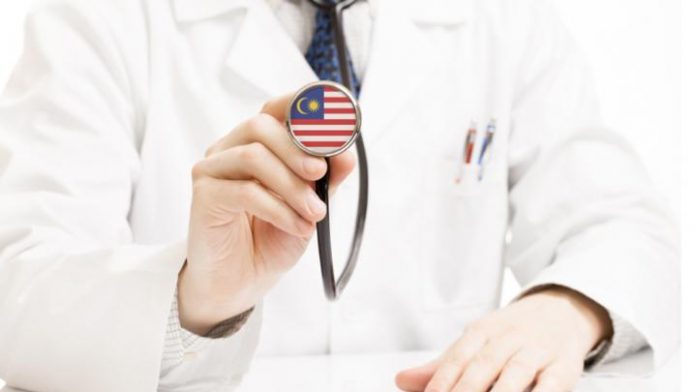 The gradual reopening of Malaysia for inbound medical travel from Indonesia is now under threat. The government has extended the country’s movement curbs, due to end at the end of August, until the end of December. Malaysia’s Penang state government has also said it will no longer grant permission or receive patients under medical tourism, following new active Covid-19 cases in the state. Separately, Indonesian police are investigating the sale of fake medical certificates, which are used to prove patients travelling for medical treatment have tested negative for Covid-19.

On mid-August, AirAsia announced the arrival of a medical charter flight from the Indonesian city of Medan at Penang International Airport. The chartered flight brought in three Indonesian medical tourists to local hospitals. The state administration claimed that it only learned about the flight from news reports. The chief minister said; “The state government was not informed by the relevant parties regarding the arrival of three patients from Indonesia to a private hospital here. I was informed that all patients had complied with all standard operating procedures fixed by the relevant authorities including the Malaysia Healthcare Travel Council (MHTC) and the Immigration Department.”

The three patients were accompanied by two carers. Two were seeking urgent treatment for cancer while the other was an urgent paediatric cardiology case.

Following the concerns raised by this case, it is now compulsory for all agencies involved in the medical tourism sector to keep the Penang state government informed on developments in the sector. The standard operating procedures have been updated. A second AirAsia medical charter flight from Indonesia, from Jakarta to Kuala Lumpur, was put on hold after the problem in Penang.

Indonesia as a country accounts for the highest inbound medical tourist numbers into Malaysia. AirAsia is seeking to play a bigger and more active role in transporting Indonesian medical travellers, through providing medical charter flight services. AirAsia Health will be launching an end-to-end online health and wellness platform on AirAsia.com in the very near future.

The airline is working closely with medical institutions and government authorities to ensure inbound patients have a seamless travelling experience from Indonesia to Malaysia. It works with strategic partners including Island Hospital in Penang and MHTC.

MHTC is currently sitting between the differing opinions of Malaysia’s national and Penang governments. It has defended itself after rising criticism that economic factors should be less important than the health of Malaysians. Penang has asked AirAsia and MHTC to explain why it is safe to bring foreign patients to the state.

The government has set stringent standard operating procedures for foreign patients, with safety as a priority. Of MHTC’s 70-member hospitals, 15 are ready to receive foreign patients under the new rules. One hospital in Penang was taking in foreign patients before the suspension.

MHTC has had 250 serious enquiries from foreigners who want to seek treatment in Malaysia. So far 16 have entered the country.

The National Security Council (NSC) had announced that foreign patients could seek treatment in Malaysia with a mandatory 14-day quarantine in the hospital room. Each may be accompanied by a guardian and both must be certified Covid-19 negative before boarding the plane to Malaysia. Upon arrival, they must be immediately sent to the private hospital of their choosing for treatment.

The NSC has since tightened the rules so that only foreign medical tourists with life-threatening conditions may go to Malaysia for treatment in the initial phase.

More than half of the several hundred thousand medical tourists that go there annually for treatment are Indonesians. The NSC is increasingly concerned and may ban Indonesians, after Indonesia had recorded 140,000 Covid-19 cases and 6,150 deaths.

The Academy of Medicine Malaysia has also expressed concern over allowing medical tourists from neighbouring Indonesia, saying the risk of importing Covid-19 cases is too high for safety. It also warns that testing patients before their flights is not fully accurate. It wants quarantine and Covid-19 testing to be mandatory upon entry, without regional exceptions.

A further blow to inbound medical travel to Malaysia for 2020 is now the government’s decision to extend the country’s movement curbs, due to end at the end of August, until the end of December as the coronavirus pandemic isn’t showing any signs of ending soon. Malaysia’s borders will generally remain shut, with those flying into Malaysia mandated to undergo a 14-day mandatory quarantine to prevent the spread of imported cases.

US Mayo Clinic to operate one of UAE’s largest hospitals

Rise In Online Surgery Consultations In The UK