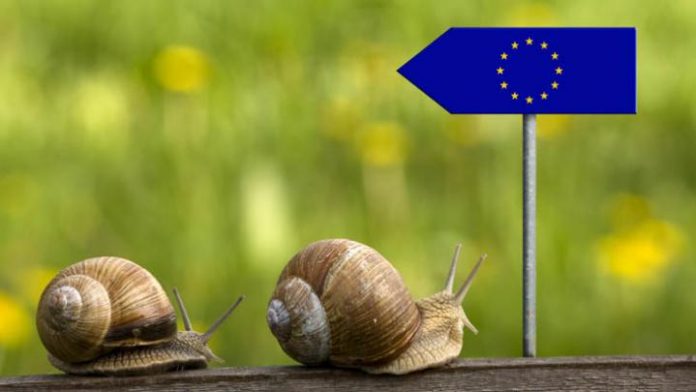 Progress slows on the EU cross border healthcare directive which is not working well, with some countries blocking access to treatment.

The report from the European Commission to the European Parliament on the operation of Directive 2011/24/EU on the application of patients’ rights in cross-border healthcare provides a useful analysis of progress on the EU Directive.

The Directive came into force on 24 April 2011. It should have been made law in every EU state by 25 October 2013, but in practice many states were late in implementing the legislation and in setting up national contact centres. It clarifies the rights of patients to seek reimbursement for healthcare received in another EU state.

The report aims to include information on patient flows, the use of prior authorisation, the level of patient mobility, reimbursement practices, information to patients and cooperation between countries.

The Directive allows states to use a system of prior authorisation for healthcare that is subject to planning requirements if it involves overnight hospital accommodation or if it requires use of highly specialised and cost-intensive medical infrastructure or medical equipment. They can also seek prior authorisation for treatments presenting a particular risk to patients.

Austria, the Czech Republic, Estonia, Finland, Lithuania, the Netherlands and Sweden do not have a system of prior authorisation.

Any system of prior authorisation must be necessary and proportionate to the objective to be achieved, and may not constitute a means of arbitrary discrimination or an unjustified obstacle to the free movement of patients. States must make it publicly clear what is or is not subject to prior authorisation.

As the numbers are small, with some countries having no requests, the report argues that there is no justification for any country requiring prior authorisation on anything.

Countries can limit the rules on reimbursement of cross-border healthcare for overriding reasons of general interest. But such limitations must be necessary and proportionate. Neither arbitrary discrimination nor any unjustified obstacle to free movement is allowed. Some countries are using methods that do limit reimbursement.

Three countries have systems where the reimbursement tariff for patients is based on the costs that would be borne by that country for treatment from a private or non-contracted provider (which is considerably lower than the rate for public or contracted providers) had healthcare been provided in its territory.

Three countries require every patient seeking reimbursement for cross-border healthcare to demonstrate why it is medically necessary for the particular episode of healthcare to be received in another country. This is not in line with the Directive rules on free movement of patients, as the criteria constitutes an unjustified obstacle to free movement.

Twelve countries have a gatekeeper structure where a referral from a GP or family doctor is required for a patient to access specialist healthcare. Such referrals are also required for patients to be reimbursed when they access healthcare in another country. The Directive allows decisions about clinical need and appropriateness to be made in the country of treatment, so these gatekeeper rules are obstructing the Directive, and five countries even break this rule by demanding that decisions can only be made by medical professionals within the home country.

At least four countries require patients to provide a sworn translation of invoices (one even requiring patients to get all documents certified by their consul in the country of treatment). This is not allowed under the directive, as National Contact Points are obliged to assist each other in understanding invoices.

The report asked all 28 EU members for patient flow data for 2014 and two refused to provide any information at all. For the remaining 26 patient flows for healthcare abroad are very low.

Of the 21 who introduced a system of prior authorisation, only 17 were able to supply data on numbers of requests. The total for all countries was 560 applications for authorisation, and only 360 were granted. Two countries claimed no requests and only 2 had more than 100 requests.

France reported granting 57,000 authorisations but could not split Directive requests from those for travellers needing urgent care.

For treatment not subject to prior authorisation, Finland, France and Luxembourg reported considerable activity, with 17,142, 422,680 and 117,962 reimbursements respectively. But these too include travel numbers.

Some countries have one national contact point for incoming and outgoing patients but some have one for out and one for in, while some have regional contacts. Some are based in the Ministry of Health, others in the healthcare insurer, and others in independent bodies.

The European Patients’ Forum reported concern that patients are faced with a labyrinth of confusing, sometimes insufficient and sometimes too detailed information with regard to cross-border healthcare.

NCPs have a crucial role but some are almost impossible to contact. NCPs could provide checklists for individuals considering planned care abroad, and more detailed individual timelines of procedures, costs and reimbursement rates.

The report concludes that patient mobility for planned treatment is very poor, with low numbers and only Denmark enthusiastically endorsing the principle of the Directive.

Most countries are effectively blocking the Directive for inbound and outbound patients-either by not properly resourcing the system or by deliberately making it hard for any patient to take advantage by gatekeeper systems or hiding information. One country has a NCP that can only be accessed by email.

In general the report is positive about the future, but it has to admit that although the Directive gives power to the European Commission to crack down on offending countries, politically this could be counter-productive.

The report concludes that while some countries are making considerable efforts to facilitate patients’ rights to cross-border healthcare, a much larger number place significant obstacles in the way of patients; while this may just be national health systems acting in their own interest or being inefficient. Some countries-the report refuses to name them- are blocking it due to deliberate political choice.

The report has many suggestions as to how to improve the system, but even it admits that times have changed much between the optimism of when the Directive was first conceived, and the current social, political, health and economic problems.

The big question is whether the Directive will become better used, or become a footnote in history as Europe concentrates on inter state squabbles and much bigger problems than sending a few thousand patients across borders. Immigration problems could make it harder for patients to cross borders.