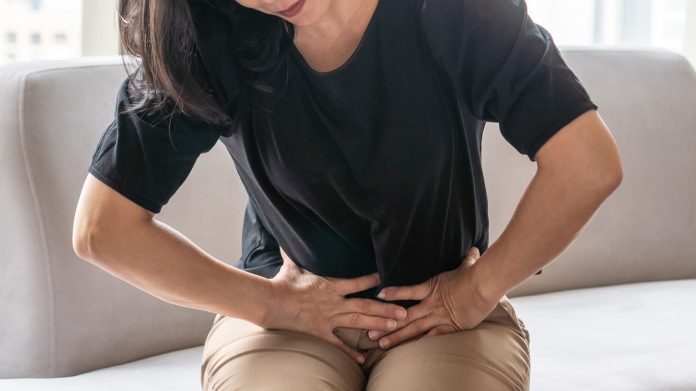 The Authors analysed the New Immigrant Survey data of immigrant women aged 21–65. The outcome was having had a Pap smear since becoming a permanent resident, and the main predictor was medical tourism.

The study found that immigrant women who engaged in medical tourism had higher cervical cancer screening rates compared to those who did not engage in medical tourism (84.09% vs. 71.68%). This relationship was statistically significant only among women who have recently immigrated, after controlling for covariates.

A new body of literature suggests that some immigrant groups engage in medical tourism (i.e., visiting a foreign country—usually their home country—for healthcare). Immigrant medical tourism refers to immigrants’ returning to their home country to receive medical care. Recent immigrants report experiencing more barriers (e.g., health beliefs, language barriers, cultural values and attitudes, and having no health insurance) to accessing healthcare in the U.S. than their non-recent immigrant counterparts. Research shows that immigrants who have recently immigrated to the U.S. are likely to maintain closer transnational ties (e.g., contact with family members and friends) with their home country than their non-recent counterparts. When these immigrants encounter barriers to seeking healthcare in the U.S., such as language and cultural barriers, they are more likely to return to the familiar and cost-saving healthcare system in their home country.

The outcome variable in this study was having undergone cervical cancer screening since becoming a permanent resident. To measure this, we used the following question: “Since Round 1, have you had a Pap smear?” Responses included yes or no.

A cutoff of ten years was used to categorize immigration status; this cutoff was in line with previous studies that reported that the first ten years of immigration are critical for cultural assimilation into the U.S. society and for acquiring English language proficiency. We subtracted the year of the survey from the beginning of the respondent’s residency, and immigrants were categorized into “recent” (having lived in the U.S. for less than ten years) and “non-recent” (having lived in the U.S. for ten years or more).

All analyses were conducted using Stata 15.0. For multivariate analyses, logistic regression models were built to examine the association between medical tourism and cervical cancer screening, controlling for other covariates that have been found to be associated with cancer screening. Each logistic regression model was applied to the two groups (recent vs. non-recent immigrants). Statistical tests were considered significant at p = 0.05.

Table 1 shows the characteristics of the survey participants by years lived in the U.S.

Table 2 shows the bivariate relationship between the predictors and cervical cancer screening (N, %)

Table 3 shows the multivariate relationship between the predictors and cervical cancer screening.

This study found that immigrant women who engaged in medical tourism had 2.18 higher odds of receiving a Pap smear than immigrant women who did not, after controlling for other covariates. While there was no significant difference in engagement in medical tourism between the non-recent and recent groups, a report of being recent immigrants was significantly associated with cervical cancer screening.

Whereas medical tourism could be beneficial in the short term, immigrant women may need to be educated on how to navigate the healthcare system in the U.S. and enroll in private or public insurance systems. Linking immigrants to community health centers could also be an option for those who cannot participate in the insurance system or those who are underinsured. Cervical cancer screening strategies, such as HPV self-sampling, which is more affordable and transferrable within the U.S. than medical tourism, may be more appealing to immigrant women, as it minimizes the interaction with the healthcare system. Similar to other cancer screening procedures, the introduction of HPV self-sampling may necessitate health education and discussion about a follow-up of abnormal results and subsequent cancer treatment in the U.S.

This study has several limitations that could be addressed by future studies. First, it was not feasible to determine the foreign country in which the respondents had consulted a doctor. However, the answers still enabled us to determine whether they received care in the U.S. or a foreign country. Second, while it would be interesting to compare the cost of cancer screening and the national healthcare system between the U.S. and immigrants’ home countries, we did not include the respondents’ home countries in the analysis because of the small number of home countries in our sample. Third, the NIS includes only legal immigrants, who are permanent residents. Undocumented immigrants may face more barriers to receiving care (e.g., ineligibility to apply for federal health programs), and immigration-related challenges (e.g., fear of deportation) when receiving cancer screenings at a clinic or hospital. Future studies should investigate the factors associated with cancer screening among immigrants based on legal residency status. Lastly, there may have been changes in immigration and healthcare policies (e.g., Affordable Care Act) since the second round of NIS data. Thus, future rounds of data should help assess the impact of these policies on medical tourism and cervical cancer screening.

Nonetheless, this study has several strengths, such as a relatively large sample size, inclusion of all races and ethnicities, and the use of years lived in the U.S. to categorize immigrant women into recent and non-recent immigration groups. The latter enabled us to examine the association between medical tourism and cancer screening rates among immigrants after becoming permanent residents in the U.S.

This work was supported by the National Institutes of Health

(NIH)/National Cancer Institute (NCI) and by the Ministry of Education of the Republic of Korea and the National Research Foundation of Korea.

3 million people globally store stem cells for treatment in the...