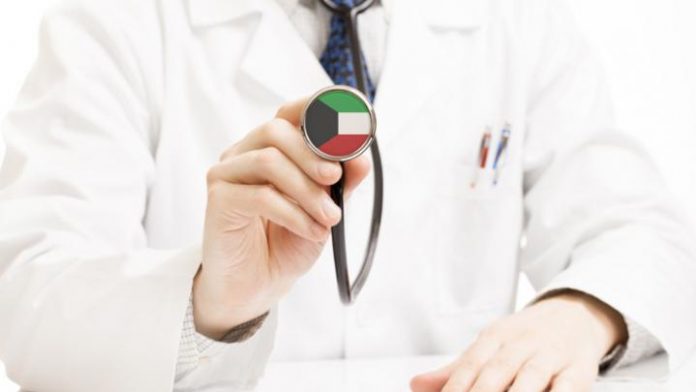 Kuwait is bringing in new laws that will reduce outbound medical tourism and privatise healthcare. The country posted a $15bn deficit in its last fiscal year due to shrinking oil revenues and is expected to need $116bn over the next six years to finance the shortfall.

Kuwait is bringing in a range of austerity measurers as it is suffering from a fall in oil revenue. The International Monetary Fund urged Kuwait to enact further austerity measures to trim its budget deficit. The country posted a $15bn deficit in its last fiscal year due to shrinking oil revenues and is expected to need $116bn over the next six years to finance the shortfall, according to the IMF.

Kuwait’s government is planning to impose taxes of 5% on expatriate remittances and 10% on companies, reduce energy subsidies for all but a few people on limited income, and privatise a number of sectors including healthcare and education.

To dramatically reduce the costs of sending Kuwaitis overseas for medical treatment, and reduce numbers to a few, the Minister of Health has endorsed new regulations for treatment abroad. These stipulate that applications for treating a patient outside the country must be via the patient’s hospital and not direct to the department in charge of treatment abroad. Reports suggesting the closure of that department are not correct.

The new regulations also stipulate that resolutions taken by the various committees in hospitals, tasked with approving treatment outside Kuwait are not final, and that they must be forwarded to the Supreme Commission for Overseas Treatment, for approval.

If a hospital panel turns down an application, the patient is entitled to lodge a complaint with the Supreme Commission, only once. The patient can re-present the application to a special panel at the hospital three months after the supreme commission’s decision to refuse to allow overseas treatment.

The plan is to reduce the number going overseas, to make it harder for people to get approval and to stop hospitals allowing people to go overseas who could be treated in Kuwait. After approval the treatment abroad must be done within two months or the approval lapses. It can be extended by a month, only. If the patient has failed to travel as scheduled, they can renew the application.

The new rules also say that natural therapy is restricted to private medical centres in Kuwait, except for cases that require physical rehabilitation or implantation.

The Ministry of Health will no longer compensate patients who have undergone treatment at their personal expense. It will examine emergency or accidents’ cases involving citizens abroad, but expects Kuwaitis going overseas to buy travel insurance.

All of this is a stop gap as after the late November parliamentary elections new rules will be made and the law changed on the overseas treatment bylaws.

The Ministry of Health has set up a special panel to re-examine the regulations governing citizens’ treatment abroad, and it is also tasked of enacting regulations for treatment in the private sector in Kuwait.

The reason that some Kuwaitis go overseas is a lack of trust in the government run healthcare system, lack of facilities and shortage of hospitals.

So there is a hospital building programme, three new hospitals just for local expatriate workers, and a plan to privatise the newest hospital. If the new government approves, the next stage is to move all government hospitals into the private sector, managed by expert companies, probably from overseas.

The Middle East’s biggest hospital is on track to open in Kuwait by the end of 2016. The $1bn Al Ahmad Al Jaber Al Sabah hospital will also be the sixth largest hospital in the world, and the largest in Kuwait. Now managed by the Kuwaiti Ministry of Health, the plan is to hand it over to an experienced hospital management group. It has 1168 hospital beds and a range of medical services such as diagnostic and treatment services, a trauma centre, a dental facility and in- and out-patient care services.

The Ministry of Health is following its health reform agenda and wants to reduce outbound medical tourism to zero. Having brought in new procedures in 2014, the ministry has been able to control the number of overseas treatment cases with a reduction of 50%. It drastically reduced the number of overseas hospitals that state paid medical tourists could use, and make it harder to go overseas.

Ambitious plans to privatise segments of Kuwait’s health care services are gaining momentum as the government makes a two-fold bid to reduce waiting times at state hospitals and attract new investment for the sector.

The days of Kuwaitis going overseas for treatment and expecting the government to pick up the bill are over. With economic problems, fewer Kuwaitis will be able to fund private treatment overseas. Most expatriates used to going overseas will have to use the new local expatriate only hospitals, as few can afford to pay for their own treatment.

A new index provides some insights into the UK as a...