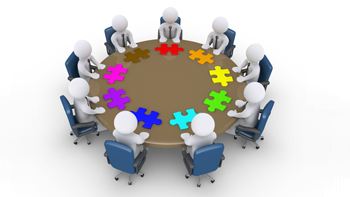 India is about to launch the first national tourism policy for 14 years. The new policy aims to set up an independent National Tourism Authority to clearly separate policy making from execution of policy decisions.

The draft policy is ready. The government is just waiting for comments from the tourism industry before finalising it in June.

The new policy is very ambitious. Rather than just a concept, it will detail how it will be implemented. There is an action plan with clear timelines and allocation as to who will execute the work.

The executing functions will be moved to a National Tourism Authority (NTA) to be set up. The NTA will have representations from the government and also from the private sector. In India, the biggest bottleneck of having a tourist body within any ministry is the numerous political hurdles that make any decision making process very laborious. The ministry of tourism admits that other departments, rivals and outside bodies mean it is unnecessarily hamstrung.

The National Tourism Authority will have representatives from the various stakeholders so it should truly reflect the aspirations of the trade and industry. It will have an ease and flexibility of doing things without being bogged down by the labyrinthine politics of India.

What makes the new policy different from the last one is the increased number of tourism products being offered, and a roadmap to achieve that. It calls for taking the marketing of tourism away from state control to independent national control, with funds from the national government

The NTA will create a Medical Tourism Promotion Board to create synergy between tourism and the health care sector. The board will work with the industry to action out a clear game plan to work upon. The board will have representations from the ministry of healthcare, the medical industry including hospitals, Indian medicine as well as from tour operators who deal with medical tourists.