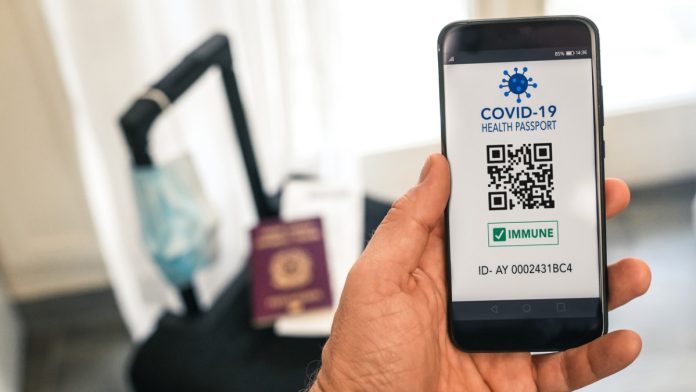 The number of fake COVID-19 vaccination passports is growing in Europe, as thousands of vaccine-averse Europeans look for ways to travel or access areas, while not getting the jab.

For a fake test or an unadministered vaccine, the price varies from €100 to €500, according to adverts on social media.

Several general practitioners’ offices in Croatia sell certificates after the syringe’s contents are ejected into the air.  In the Bulgarian capital, Sofia, a young man with a fake vaccination certificate died in hospital after he had refused oxygen treatment because he feared medical oxygen would damage his lungs. A similar death was reported in Romania. The Bulgarian police have conducted several special operations in which dozens of Bulgarians suspected of having or issuing fake vaccinations have been arrested. Two doctors were also arrested in Slovenia for issuing fake certificates.

In Germany, state criminal agencies warn that the trade in fake certificates has increased significantly following the introduction of the restrictions on those not vaccinated or recovered.

The European Commission has set up the gateway for the real certificates, so they can be recognised in a short time but with the highest possible safety standards. 710 million certificates having been issued in the EU.

Growth of medical tourism to Finland is slow