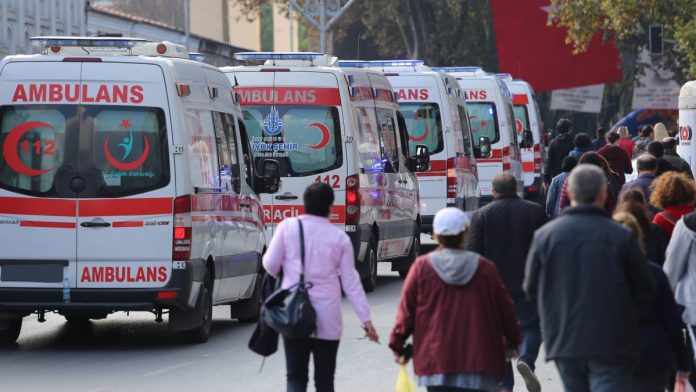 Turkey has suspended issuance of the temporary protection ID card, known as Kimlik, for Syrian refugees who need lifesaving treatment inside Turkish territories, replacing it with a medical tourism document.

Previously, for Syrian patients in Turkish hospitals, treatment was free of charge. Medicines were available and surgeries would be done as quickly as needed.

Now, the entry procedures to Turkey for Syrian patients have changed, and become more complicated and confusing. Syrian patients, whether living in Syria or Turkey, will now have to pay a treatment bill that they may not be able to  afford.

On September 20, the medical coordination office of Bab al-Hawa crossing with Turkey issued a circular stating, “We hereby inform patients who have received medical referrals that the issuance of these medical referrals has stopped as of Sept. 11, and until the activation of a new health system for Syrian patients in Turkish hospitals.”

The Turkish government will issue a receipt for a Kimlik for Syrian patients upon entry to the Turkish territories. The Syrian refugee must then head to the Turkish immigration department in the province where they are residing and want to receive treatment, to replace the receipt with the official temporary protection card (Kimlik). The card entitles Syrian refugees to receive all Turkish government services, including free medical treatment at government hospitals and free medication from Turkish pharmacies.

Syrian refugees will be required to pay for medical treatment that was previously covered by the Turkish government.

The medical tourism document now requires patients to return to Syria at the expiry of its one-month validity period. This is unlikely to be feasible in certain cases where treatment takes longer than a month to complete.

There is also a major problem with the new system, as Turkish hospitals may refuse to accept the new medical tourism document.  Not all hospitals received the circular about the new decision.

The transfer of non-emergency cases, categorised as cardiac, cancer, neurosurgeries, liver, and kidney transplant patients, to Turkey has been stopped as hospitals are not recognising the medical tourism permit.

Turkey hopes for tourism from June