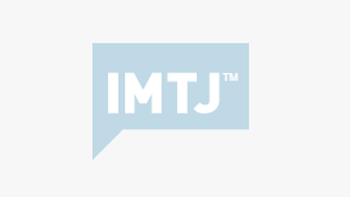 The recent European Congress on Health Tourism in Budapest reflected some of the current issues and challenges facing the medical tourism industry, particularly those presented by a world recession.

The recent European Congress on Health Tourism in Budapest reflected some of the current issues and challenges facing the medical tourism industry, particularly those presented by a world recession. Budapest is Europe’s dental tourism hub, attracting patients from countries such as the UK, Ireland, Germany, Austria, Switzerland and Scandinavia. If the recession is hitting medical tourism, then Budapest is going to feel it more than most.
There were workshops and presentations from various providers and industry players at the Budapest Congress. One of the more down to earth of these presentations was made by Dr Bela Batorfi of The Batorfi Dental Implant Clinic in Budapest. This impressive clinic usually carries out around 1,800 dental implants per year. But with the onset of the global financial crisis they have seen some worrying trends:

The experience of the The Batorfi Dental Implant Clinic is reflected among many of the other dental treatment providers in Budapest. It’s not the case that Budapest is losing patients and market share to other destinations. Understandably, many clinics are concerned about the fall off in business and how long it will continue.
Against the backdrop of the financial crisis, Hungary is one of the many countries planning a “medical city” aiming to attract patients from across the world to a centre of medical excellence. According to Balázs Stumpf-Biró, Executive Director of the European Medical Tourism Alliance (EuMTA), Hungary is planning to establish 100 hectares of land near Budapest’s international airport as a health complex, similar to Dubai Healthcare City.
Whether this development suffers the same fate as Dubai Healthcare City remains to be seen. The initial building boom in Dubai has come to a grinding halt. Building anything in the current financial environment is a risky business, and with the medical travel market to Hungary down around 20% to 30%, it’s going to be a brave investor who lays the first brick.
Various estimates of medical travel numbers for Hungary put the number of incoming medical tourists at around 300,000 to 350,000 per annum. The vast majority of these are for dental treatment, and many may be “short trip/low cost” cross border visitors from Germany and Austria. But that’s still a valuable market.
So what’s the long term outlook for medical tourism destinations such as Hungary? Better than most, I would suggest. The medical travel market is here to stay and is here for the long term. Hungary has been at the forefront of medical travel in Europe for the last decade and it can retain that position.
But like most countries being encouraged down the medical tourism route it needs to tread carefully. We hear the usual overblown claims by industry proponents such as the Medical Tourism Association that “the biggest potential market for Hungary is the USA”. I can just see hundreds of thousands of Americans getting out their maps of Europe, locating Budapest and booking their long distance flight via New York/London/Amsterdam for their dental implants. It isn’t going to happen.
So where should Hungary be focusing its efforts?
Well… :