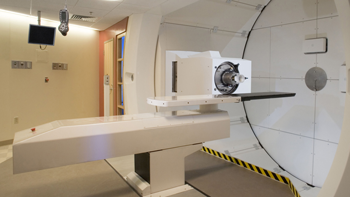 The parents of Ashya King, a UK child suffering from a brain tumour, are being held in police custody in Spain after they left the UK to raise funds to finance proton beam therapy for their son, outside of the UK. The story has attracted media coverage in both the UK and internationally.

Some have argued that the case demonstrates the inadequacies of the UK’s NHS? But does it?

Why have the parents been arrested?

The five year old child with was being treated for brain cancer at the Southampton General Hospital under the NHS. The parents were unhappy with the treatment regime recommended by the medical staff at the hospital. One option which was discussed was the use of proton beam therapy (PBT), a new and developing technique for the treatment of cancer. The parents believed that their child should receive proton beam therapy; the clinicians caring for the child disagreed, arguing that in their clinical opinion PBT was not the appropriate treatment option. The child’s father said the couple had “pleaded” with Southampton General Hospital for Ashya to receive the treatment, but were told it would have “no benefit whatsoever”.

Against medical advice, the parents removed the child from the hospital’s care and flew to Spain where they have a holiday home. Their intention was to sell their holiday home to raise funds to pay for proton beam therapy for Ashya. They contacted the Proton Therapy Centre in Prague, Czech Republic, to investigate the cost of treatment.

The five-year-old was then made a “ward of court” at the request of Southampton General Hospital due to concerns about the child’s well being. A European arrest warrant was issued on the grounds that the parents had neglected their son. The Spanish authorities were contacted: the child is now in hospital in Malaga and the parents are in custody.

Why are they seeking proton beam therapy abroad?

PBT delivers a dose of radiotherapy to cancerous tissue without the collateral damage to surrounding healthy tissue caused by traditional radiotherapy. Proton beam therapy has entered clinical practice in recent years but it requires a high capital investment. There are around 40 PBT centres around the world. Half of these are in the USA and Japan. There are a few centres in Europe (France, Germany, Switzerland and Czech Republic). Proton beam therapy is not yet available in the UK; two PBT centres are in development within the NHS at a cost of around £250 million, one at University College London Hospital and the second at the Christie Hospital in Manchester.

In a video, Ashya King’s father stated that the family wanted to seek proton beam therapy for Ashya – a cancer treatment that the NHS would not provide.

The answer is a definite “Yes”. Dr Yen-Ching Chang, the lead on proton beam therapy at University College London Hospital, argues that UK patients have better access to proton beam therapy than patients in many other countries. The treatment is delivered in centres abroad, usually in the USA and Switzerland, and is being fully funded by the NHS while the UK centres are being developed. See the NHS publication: Guide for families with children receiving Proton Beam Therapy abroad.

It’s a very good example of international medical travel being funded by a government payor. In 2013, the NHS England funded the treatment of 143 cancer patients in other countries. Patients who may be suitable for PBT are referred to an assessment panel. The NHS says that since establishing the PBT programme, 412 patients out of 546 referrals have been approved for the treatment, including 293 children at a cost of over £400 million.

Medical travel… a solution for developing (and established) health systems

What we have here is a disagreement between parents and clinicians about the appropriate course of treatment for a child. In this instance, I don’t believe it is about rationing of care or an attempt by clinicians to save the NHS money. As we see in many cases involving seriously ill children, parents will go to any lengths to find a cure, irrespective of the views of the current care team. In many cases, this means seeking and funding treatments available elsewhere that patients and carers believe will provide the solution. In many cases these are approved treatments (such as PBT) that are not yet available in their own country or that their care team does not believe appropriate. In more worrying cases, they may be “fringe medicine” that represents an expensive “last resort”. (See: Stem celltherapy… the dark side of medical tourism?).

Medical tourism on the rise in Latvia

Medical tourism trends in the CIS in 2016