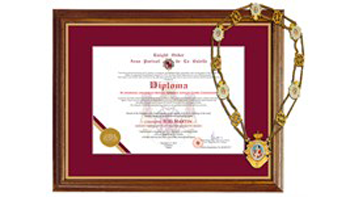 This week, my attention was drawn to an event that’s taking place in Italy in July – The Health and Wellness Tourism Summit of Leaders run by the “European Business Assembly”.

Alongside the event, the EBA will be presenting a number of awards including some in the health and medical sector. Its annual awards embrace:

Various healthcare providers have been recipients of these awards in past years. The State Medical University of Turkmenistan received an international award for “European quality”, as did the Clinical Center of the Sarajevo University (KCUS). The College of Physicians & Surgeons Pakistan has been declared as the “best postgraduate institution of the world” by the International Socrates Committee. The Al-Afia Clinic in Libya has been awarded “the best enterprise in healthcare”.

EBA also publishes ratings in the area of healthcare and medicine “formed on the basis of marketing analysis of the world market by EBA monitoring centers, research of international and national rating agencies, and expert assessments of leading specialists”. Hmmm…. Here’s the EBA rankings for medicine.

You can also sign up to become one of EBA’s “Knights of the International Order of Grand Master La Valette” for those who “appreciate lofty human values: honour, loyalty, courage, generosity, mercy, nobility, gallantry”.

A few years back, I was asked to speak at one of EBA’s events in Malta. It was a strange affair.

The business model…. “You get what you pay for”

Some web research uncovers the business model behind the European Business Assembly. Several investigative journalists and business bloggers have published their take on their activities..

Here’s how it works…

Based on the research undertaken by the various journalists who have investigated EBA’s activities, here’s my understanding of how it works.

And if you have won an award, let us know how much it cost!

Previous comments on this article

Thanks for this Updates…
I got a mail from EBC (Sofia Davis <[email protected]>) on April 3, 14 saying;

Dear Sir,
First let me express deep respect towards you and all your team!
I’m honoured to inform that your company has been ranked on the list of dynamic and successful businesses. The Socrates Committee has nominated your company for the prestigious international awards in the quality and management spheres. This is in recognition of your excellent business reputation, effective management and constant growth and will qualify you to be part of the International award ‘Best Enterprise’ in the tourism and recreation sphere.
The research was conducted by the analytical centres of the Europe Business Assembly (EBA, Oxford, Great Britain). Your company was chosen when ranked against criteria such as: investment attraction, high staff qualification, application of modern promotional, advertising and IT methods, fast response to new market trends, new travel products adaptation and for professional and modern management methods. Kindly contact us for registration in nomination procedure.
The results of the research will be presented at the Stresa, Italy during the Health and Wellness Tourism Sumit of Leaders (1­4 July 2014). The Summit is an annual event where healthcare and travel leaders meet to shape the future of the industry. The event will provide efficient mutual dialogue and best experiences exchange of participants representing the following directions: tourism and resorts, healthcare, finance, architecture, construction and city planning and health‐friendly technology.
The Health and Wellness Tourism Summit culminates with the Traditional Award Ceremony Achievements ­ 2014 that will take place at the Grand Hotel des Illes Borromees (Stresa, Italy). There will be a celebration in honour of the top managers, companies, and establishments.
The project is financed by accreditation fees and sponsors. The accreditation fee includes:
1. preliminary competitiveness peer review by marketing specialist;
2. placing the company’s data in the official catalogue and the dynamic companies list;
3. placing the CEO’s data in the official catalogue and the successful managers list;
4. 5‐year certificate (license) to use the award brands (royalty) for PR and image;
5. Laureate’s diploma, memorable prize and medal;
6. promotional and publicity services during the award ceremony, participation in the event for one company representative;
7. in case a laureate is not able to attend, the attributes are delivered to the appointed address.
We will be glad to see you among the event participants and hope you will find it useful for future business success.

I thank them for nomination and wait for the final result. After one month I did’t hear from their side and send them back a mail asking the process and link of online voting to share with my past clients/ patients and I surprised from their response;

Marlin Safe Med Journey have been already chosen as Best Enterprise award recipient. We will be glad to see your company at EBA Business Meeting, Stresa, Italy. 1-4 July, 2014.

I write them that when I am winner then why I pay a huge money. I can bear my own travel expanses not more. I am still waiting for their reply 😉

Thanks for exposing this scam. Caveat emptor indeed.

The Malta conference a “strange affair”? That’s where we first met!

Health and wellness and the luxury market

10 million are projected to be on the UK’s NHS waiting...