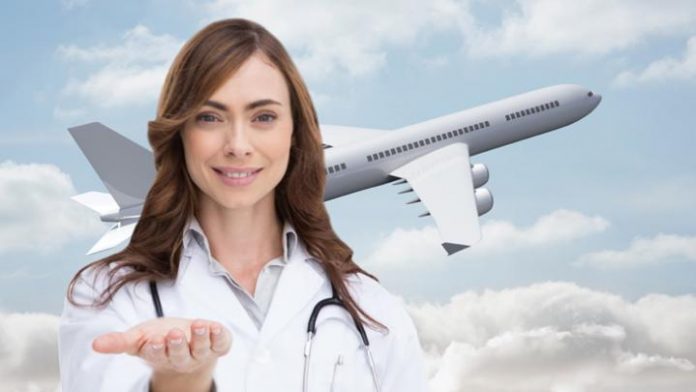 Much of the focus in medical tourism is on how to attract paying patients to come to a destination for treatments such as cosmetic surgery, dentistry, obesity surgery ,and IVF . In these scenarios, the key drivers are the lack of public or insurance funding for such interventions in the patient’s home country. The patient elects to travel because they are paying for the treatment with their own cash, and there are significant savings to be made in low-cost destinations.

But much of the revenue generated from medical tourism or, using a more appropriate term, in the international patient market comes from governments who are funding treatment abroad for its citizens because:

Here are a few examples from recent reports of government expenditure on treatment abroad.

Fiji consists of a group of islands with a population of less than one million. Countries with small populations may have a well developed healthcare system, but the range of healthcare available may be limited. The lack of patients in less common areas of disease means that doctors and facilities may lack the expertise, the experience and the facilities to handle such patients. So the government funds the treatment of its citizens overseas.

According to the Fiji Health Ministry, from 2009 to 2014 a total of 164 breast cancer cases were referred overseas. In 2014 alone, 22 cases were sent for treatment abroad costing the Health Ministry $402,625. That’s an average cost per patient of $20,000. Most of these patients go to India for radiotherapy and chemotherapy.

The South Asian country of Nepal has a population of 26 million, but health services are underdeveloped. In the last two years, the Finance Ministry has spent around $27 million on funding treatment abroad for its citizens. However, this has not been without criticism. It is argued that these funds go to those with influence rather than those with the greatest healthcare need. Recently, restrictions have been introduced so that people are only permitted to go abroad for treatment with government money, when the Nepal Medical Board decides that the case cannot be treated in hospitals in the country.

In Ireland, the driver for government funded treatment abroad is lengthy waiting times and the introduction of the EU Directive on Cross Border healthcare. Ireland’s Health Service Executive has funded patients from Ireland who have travelled to the UK, including Northern Ireland, as well as to France, Czechoslovakia and Poland for treatments worth up to €20,000 per patient. Treatments carried out abroad include hip replacements, cataract surgery and general surgery. Awareness of the EU directive has been growing. The number is still small, from just 16 in January to July 2014 to 80 in January to July 2015, but it demonstrates that once patient awareness of their rights under the EU directive grows, the flow of patients follows.
It is estimated that the scheme will cost Ireland’s Health Service Executive around €1m in 2015.

In the first official deal between the UK’s NHS and French health providers, the NHS South Kent Coast Clinical Commissioning Group will allow two French healthcare providers to treat UK patients across the Channel. The CCG invited organisations that provide treatments including general surgery, gynaecology, cataract surgery, pain management and orthopaedics to apply if they were interested in treating South Kent Coast patients. Two French providers applied as well as a number of English ones. The CCG carried out a careful assessment of the services they offer and visited the sites.

One of the hospitals, Centre Hospitalier de Calais hopes to see the first UK patients before Christmas 2015 and plans to treat between 300 and 400 NHS patients each year.

Many of the providers involved in delivering services to such international patients, take a very different approach to marketing their services. It’s not about advertising and promotion. It’s about developing long term relationships with healthcare commissioners and referring hospitals and specialists. Come to the IMTJ Medical Travel Summit in Madrid in May to find out how they do it!

Medigo has shut down their medical travel platform