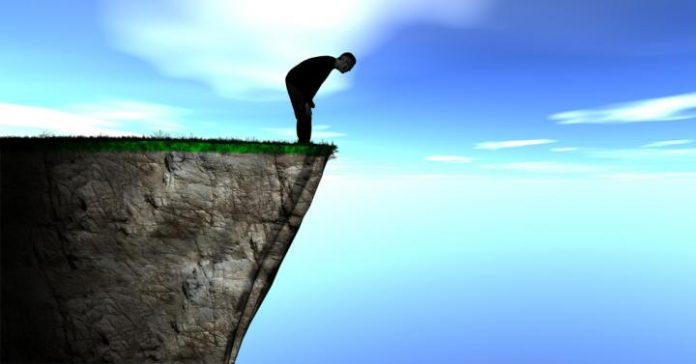 According to author, Malcolm Gladwell, the the “tipping point” is “that magic moment when an idea, trend, or social behavior crosses a threshold, tips, and spreads like wildfire.” Within an industry or marketplace, it’s that point when the desired behaviour becomes the norm… when people start to do something they haven’t done before, when what they are doing is not seen by others as unusual, odd or different.

Is medical tourism getting there….?

The global medical tourism market is still a very long way from the tipping point. The industry is immature; the market is showing growth in some areas and declining in others. The hype, the razzmatazz just hasn’t delivered. What I wrote about the medical tourism goldrush back in 2010, still rings true today. Five years ago we were seeing headlines like:

None of the above was true then, and none of it has come true in the intervening years.

Back in 2010, we had the MTA’s Edelheit expounding “Medical tourism is growing exponentially every year”; the mantra was re-iterated year after year. And in 2015, we’re still getting this kind of “puffery”:

“Indeed, medical tourism is booming. An estimated 11 million health care consumers pumped US$438.6 billion into local and national economies overseas this year alone – that’s 14 per cent of the world’s tourism dollars, according to the Medical Tourism Association (MTA).” (Business Traveller 31/10/14)

Seriously… medical tourism accounting for 14% of the tourism market?

We haven’t seen the “exponential growth” of medical tourism. What we have seen are pockets of growth where healthcare providers have developed and marketed their services to meet an international patient’s needs and where the potential customer is prepared to make that massive leap of faith…. travelling to another country for healthcare. There’s no denying that some who have identified their niche and tailored their service accordingly have achieved an excellent ROI.

Fertility treatment is one area that has seen the growth of international patient travel. The drivers have been varied, depending on the patient’s source country. It’s often not about cost. It may be about availability and access to fertility treatment. It may be about the less restrictive regulation of fertility treatment that exists in some countries. It’s an area where there has been some attempt to set standards by credible international or regional bodies, rather than through the “get rich quick, sell a certificate” approach. Within the Fertility Treatment Abroad site, we were able to create a Good Practice Score (GPS) for each of the participating clinics, based on the recommendations of the European Society of Human Reproduction and Embryology for the treatment of international patients. The GPS embraces twenty factors which assess the suitability of a clinic for the delivery of services to international patients. It helps patients to make that leap of faith.

The barrier of fear

We must never forget that the decision to travel abroad for surgery or treatment is often a decision of last resort. Few people want to go to another country, another culture, another healthcare system to get well. Most want access to satisfactory healthcare “on their doorstep” or just within their own country. The challenge for the industry is to overcome the barrier of fear that many potential medical tourists face. The trade off between low cost and quality in healthcare is perceived as a significant one. A patient may need an operation, but may not want to run the perceived risk of going to a country where they can get the surgery at half the price.

The perception of medical tourism in many source countries has been tarnished by the failures of the industry to date. I live in the UK. I have a wide social and business network. How many people do I know who have actually jumped on a plane or a train and gone outside of the UK for healthcare? The answer….

Someone who works for me… who is an ex-nurse…. who has a reasonable understanding of the risks…. who went to Budapest for major dental work at one of Hungary’s leading dental implant clinics…. and who suffered a dental tourism disaster. The Hungarian clinic didn’t want to know.  The costs to correct the shortcomings of the dental work back in the UK were far more than the anticipated savings from going abroad. The individual massively regrets that decision.

Such stories are too common for an industry that wants to become credible and grow. Poland’s image as a medical tourism destination for UK patients is damaged by the reputation that their cosmetic surgeons earn in the media and on programmes such as “Botched Up Bodies”. An EU/polish government funded project has spent the last three years spending money to promote Poland as a credible medical tourism destination. But I doubt that little has changed in the actual service that is delivered to international patients or the perception of the destination. The message…don’t go out and promote a product, until you’ve got the product right.

First in, first out…

One of the characteristics of the medical tourism sector over the years has been the constant churn of hospitals, clinics and agencies/facilitators that are attracted to the market. Many of the early entrants came in, failed to deliver an acceptable service or realised that the market wasn’t living up to the promise, and exited. The MTA’s over hyping of the market and the resulting churn can be seen in their own membership data. An organisation that claims to “represent the industry” had around 150 or so hospitals, clinics and facilitators as members back in 2010. In 2014, only 2 of those 150 members from 2010 had been retained*. In 2014, the number still stood at around 150. Not what you might describe as exponential growth. Another 140 plus had stepped in to plug the gap.  If the industry had been growing at an exponential rate, if the MTA members had been seeing the promised success, we’d see a very different picture.

We see a similar pattern within the Medical Travel Directory maintained by IMTJ.  We recently undertook a data cleansing process on our directory of hospitals, clinics and agencies involved in medical tourism and delivering international patient services. It’s a big database that we maintain. We identified close to 1,000 records that are now invalid. Businesses had closed down, web sites had disappeared…. many of these were start up facilitators keen to exploit the market growth.

So… where do we go from here?

You’ll have to wait to the next blog article for my views on how we fix the problem.

Does the industry need a radical shake up… or should we plough on regardless,  in the hope that “if we build it, they will come”?