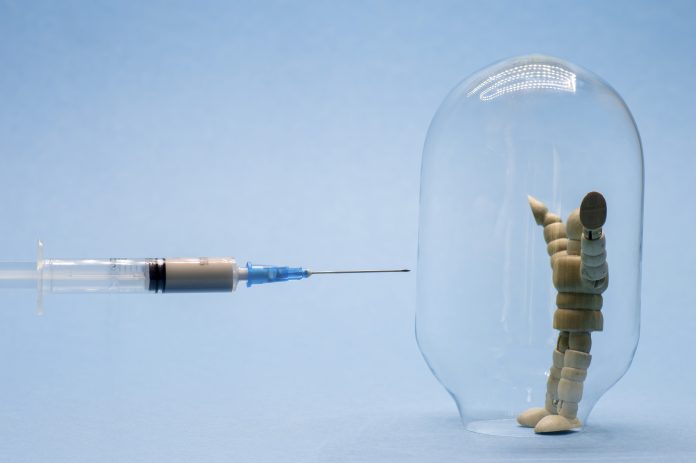 Care home workers must be fully vaccinated from Covid-19 by 11 November. Alistair Kleebauer examines some of the debate around mandatory vaccines

Care providers, trade unions and charities have raised the alarm over staff leaving the care home sector in England because of the government introducing mandatory Covid-19 vaccinations. The government says care home workers must be fully vaccinated by 11 November to protect vulnerable residents.

Organisations including the Unison and GMB unions and the Care Workers’ Charity (CWC) back the vaccination programme but oppose the government’s policy, while providers report staff quitting or being dismissed ahead of the deadline.

Charley Ann Walker, a 28-year-old in Runcorn, lost her job from her company, who she doesn’t want to name, after working in care for more than a decade.

Describing herself as ‘not an anti-vaxxer’, she raised concerns including how quickly the vaccines were manufactured and some people developing blood clots after taking them.
Oxford University researchers concluded that Covid presents a ‘considerably higher’ risk of blood clots than the vaccine.

Walker also said she didn’t like the feeling that she was being forced to take it. She added: ‘You can still catch it, you can still spread it, there’s still people hospitalised after having the vaccine. I don’t see any benefit in getting it whatsoever.’

Questions every other day at work on whether she would be vaccinated didn’t help, she said.

After many discussions with her manager, who was pro-vaccine, she still refused to have it and lost her job.

Walker said she doesn’t blame the company because the government introduced it. She added: ‘I described it as someone says to you “either put your hand in this burning hot furnace or you can put your hand under this blade”.

In its care home vaccination guidance, the government said despite staff being tested more than 21 million times and more than 1 billion items of personal protective equipment being used, nearly 14,000 care home residents died of Covid between the start of the year and August.

Public Health England estimated that, by July, the vaccine had prevented between 11 million and 12.5 million infections and between 35,200 and 38,600 deaths in the whole population.

We’re understandably concerned about things like care homes closing because of staffing shortages.

Walker said ‘she understands completely’ the case being made about protecting vulnerable residents, but she still questions the level to which the vaccine protects people.
‘I watched people die in the first wave,’ she said. ‘I didn’t watch them die of Covid, they died because doctors weren’t coming out to see them.

‘They died because they were neglected by the government and the system.’ She added: ‘We were getting clapped in March [2020] for looking after the vulnerable and working on the frontline and now we’re getting sacked for a personal choice.’

Walker, who said she stands by her decision, has taken a pay cut for a new administration job in an unpressurised environment that she is appreciating.

Around 86% of staff in older adult care homes in England had received both doses of a Covid vaccine at the end of September, alongside nearly 95% of residents.

Unison senior national officer for social care Gavin Edwards said people can have concerns about the vaccine, including over fertility or if they haven’t received the right information.
He argued that the government’s policy entrenches those concerns rather than addressing them.

Edwards added: ‘The other reason for opposing the approach is because it risks causing really significant staffing shortages in a sector which is already struggling with large numbers of vacancies.

‘We’re understandably concerned about things like care homes closing because of staffing shortages. So, I think the government has taken the wrong approach.

‘They need to think again. At the very least they should be delaying the implementation of this policy.’

CWC chief executive officer Karolina Gerlich said: ‘I think a lot of care workers who are quitting are feeling they are being treated as an unskilled and dumb workforce that is incapable of making their own decisions where everybody else is able to do that.’

Gerlich has seen posts in online forums by care managers about job candidates progressing through the recruitment process but then withdrawing when they learn they must be vaccinated.

Edwards said: ‘We have been hearing both from our members and from employers that we deal with that this is having a really serious impact. Nobody is seeking to play this up or exaggerate it. These are real concerns about an absolute crisis point in social care in terms of staffing levels.’

Existing problems around low pay and working conditions have combined with concerns over the vaccination policy and more lucrative jobs becoming available outside care to create a ‘perfect storm’ around staffing, he added.

Both Unison and the National Care Forum reported in a letter to health and social care secretary Sajid Javid that providers are already handing back contracts and turning down new requests for care because of an acute shortage of workers, all on top of a pre-existing vacancy rate of 105,000.

GMB national officer for health and social care Rachel Harrison said there have been phases of staff leaving since the policy was announced and some employers are holding back from dismissing unvaccinated staff until the very last minute.

She added: ‘It really is a bit of a cliff edge coming and the really concerning thing is there doesn’t appear to be anything coming out of government as to how they plan to address this.

‘It’s almost like “well it’s care providers’ issue, we don’t have to worry about it” and I really can’t see how we’re going to get out of this without a sudden injection of staff.
‘People just aren’t looking to care as a career.’

Our message is clear: vaccines save lives… it is our responsibility to do everything we can to reduce the risk for vulnerable people

Despite these concerns, the government has held a consultation on extending mandatory vaccination to the wider social care workforce and the NHS.

Major employers, such as Barchester and HC-One, support the government’s care home policy and made vaccination a condition of employment ahead of the November deadline.

A Barchester spokesperson said 95% of its staff are vaccinated and the remainder are either medically exempt or new starters who will be vaccinated within 12 weeks of joining.

The company’s engagement programme includes one-to-one support for staff and eight video calls with Nicola Stonehouse, a professor of virology at Leeds University.

The spokesperson said less than 1% of staff have left over an unwillingness to be vaccinated but added that the government introducing the policy in care homes and not the NHS ‘has led to workers leaving employment with providers to go and work in the health services, which has been a drain on staff from the care sector to the NHS’.

The government says it is doing everything it can to further increase vaccine uptake including working with social media companies and local authorities to communicate the benefits.

It points to at least £500m in funding over the next three years for training and to support the workforce.

A Department of Health and Social Care spokesperson said: ‘Our message is clear: vaccines save lives and while staff and residents in care homes have been prioritised and the majority are now vaccinated, it is our responsibility to do everything we can to reduce the risk for vulnerable people.’ 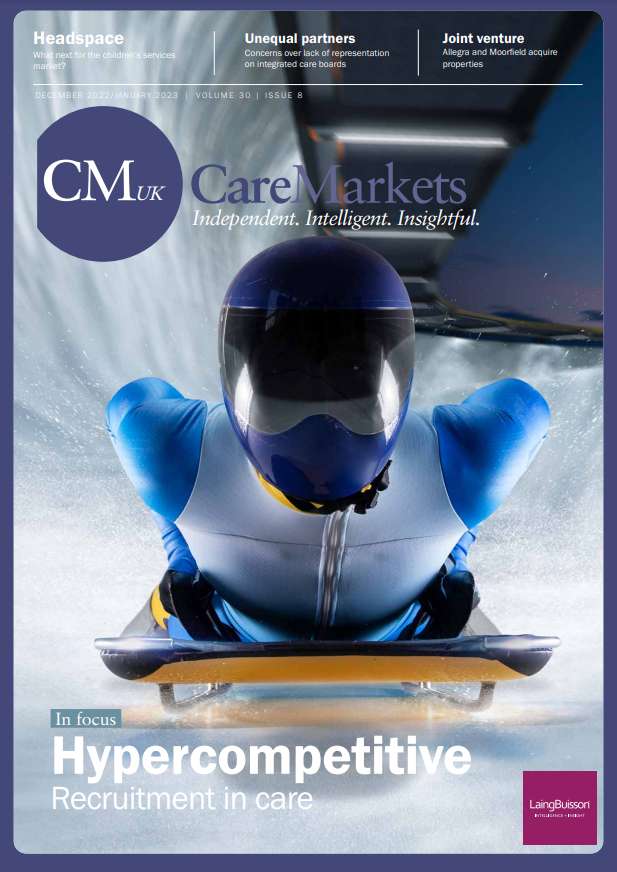 Meeting the needs of changing communities