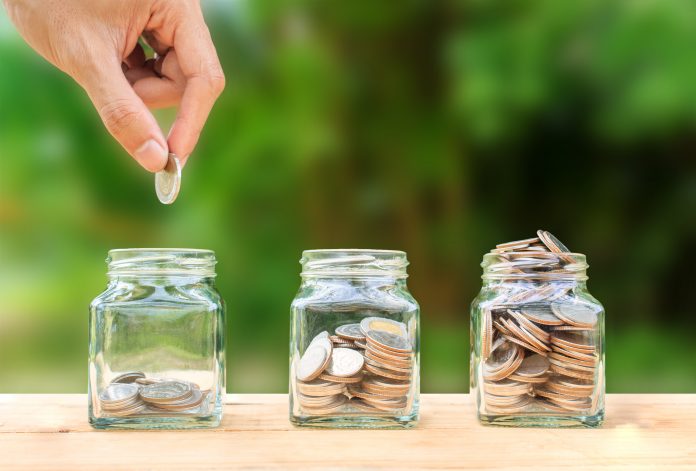 Due to adult social care budgets in all three countries falling in real terms, England now spends £310 per person compared to £445 in Scotland and £414 in Wales, its research found.

The foundation predicts a funding gap of £4.4bn in England in 2023/24 due to demand and staffing shortages in the sector.

Without any additional funding, money available for adult social care is set to rise an average 1.4% a year. This is below the rising demand of 3.6% a year, with increasing numbers of elderly and younger adults needing help with day to day activities. 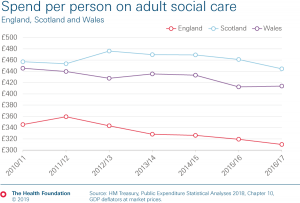 The Health Foundation also pointed to poor pay and conditions as a threat to the sustainability of the sector. It said 90% of care workers, including those from the EU, earn below the proposed £30,000 salary threshold that could be required to obtain a visa after Brexit.

The analysis said: ‘There is a 7% gap between the pay rates for adult social care nurses, and the rates available for nurses in the NHS. Over the next few years, this will rise further with basic pay for NHS nurses starting in 2017/18 increasing by up to 22%, including pay progression.

‘For care workers in the adult social care sector, average full-time equivalent pay in 2017/18 was £16,000. A similar role working to provide support to doctors and nurses in the NHS would pay a fifth higher (£19,300).’

Anita Charlesworth, director of economics and research at the Health Foundation, said: ‘Tackling the challenge of social care reform will require decisive political action and an appropriate funding settlement. Successive governments have ducked the challenge and the tragedy is that vulnerable people and their families are suffering as a result. If reform remains unaddressed, social care’s inadequacies will continue to undermine the NHS and people in need of care will continue to fall through the cracks.’

The Department for Health and Social Care said: ‘We have given local authorities access to up to £3.9bn more dedicated funding for adult social care this year, and a further £410m is available for adults and children’s services.

‘This year we launched a national recruitment campaign to encourage people to apply for adult social care vacancies. We will set out our plans to reform the social care system at the earliest opportunity to ensure it is sustainable for the future.’

Emergency hospital admissions for people with dementia up 35%