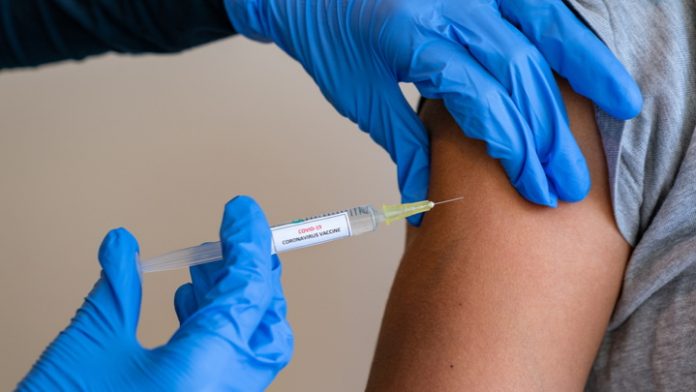 Implementation of Covid-19 vaccination as a condition of deployment in wider care settings has been delayed until 1 April.

Health and social care secretary Sajid Javid confirmed the decision to delay the move among NHS and wider care settings on Tuesday (9 November) in the statement in the House of Commons.

Following a consultation, vaccination against Covid-19 as a condition for deployment in care homes comes into effect from Thursday (11 November).

Since it was announced earlier this year, Javid said the number of people working in care homes who have not had at least one dose has fallen from 88,000 to 32,000 at the start of October.

The government’s second consultation looked at whether it should extend this requirement to health and other social care settings. Its six-week consultation received more than 34,000 responses.

‘I have carefully considered the responses and the evidence and I’ve concluded that the scales clearly tip on one side,’ Javid said.

‘Having considered the consultation responses the advice of my officials and NHS leaders – including the chief executive of the NHS – I have concluded that all those working in the NHS and social care will have to be vaccinated.’

Responding to the announcement, the Homecare Association said the government had failed to recognise the risks of losing up to 25% of the regulated domiciliary care workforce, between 120,000 and 140,000 because of the policy.

It added the government also appeared to be favouring unregulated care by exempting 130,000 workers (20% of the homecare workforce) that work outside the regulated system.

However, it admitted the delayed plans would buy the sector time to persuade the remaining 25% of the homecare workforce to get jabbed. Currently, 84.1% of homecare workers have had the first dose of a Covid-19 vaccine, and 75.4% the second.

The association is calling on the government to provide targeted funding and support for the providers and regions most affected by vaccine hesitancy; a contingency plan about how care will be provided if staffing shortages are exacerbated in April; and consider adding care workers to the shortage occupation list.

Dr Jane Townson, Homecare Association chief executive, said from the outset it had argued persuasion was likely to be more effective than compulsion in encouraging uptake.

‘We are thus disappointed by the government’s policy decision; their bullying approach towards the health and care workforce; and their failure to acknowledge the potential risks of losing at least 120,000 care workers,’ she said. ‘The government has no contingency plan for dealing with a potential loss of regulated homecare for over 120,000 older and disabled people. Who will care for them? How will councils and the NHS cope with the fallout?

‘We feel it’s very important to balance the mitigated risk of infection with the risk of unavailability of care at home for highly dependent older and disabled people.’

‘For the social care sector, the enforcement of vaccination legislation represented yet another piece of ill thought-out policy, introduced to the detriment of the sector, its workforce, and all those who draw on social care provision,’ she said.

Friends of the Elderly expects losses for ‘next year or two’