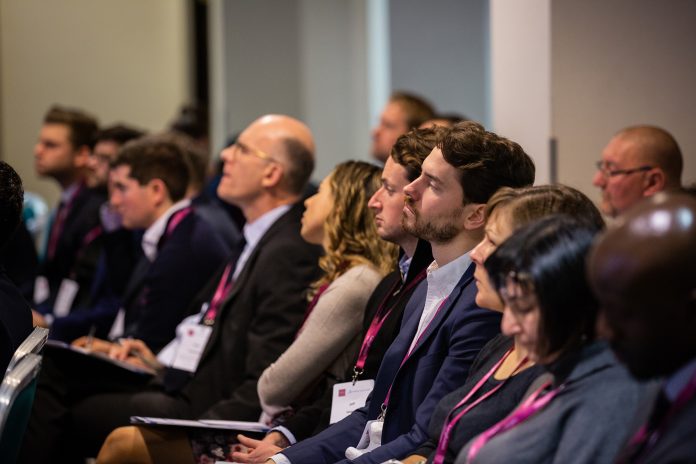 Kelsey Rees reports from LaingBuisson’s Fertility Forum where delegates from across the sector gathered to hear how this growing market is changing, with the trends for egg donation and transformational gene editing driving new opportunities for both providers and investors

The market for IVF and fertility services is set for further growth and consolidation as the NHS continues to restrict access, technological advances drive new treatment options and investor appetite increases, delegates at LaingBuisson’s Fertility Forum heard this month.

‘Data based on the UK market shows that women now are having children five years older than their grandparents did. The older you are, the more difficult it is to conceive naturally, a factor that is driving IVF,’ Hugh Risebrow, a consultant at Latchmore Associates, told the forum. ‘Success rates have improved massively over the last 20 years, with success rates per embryo having increased by a factor of 2.5.’

Risebrow stated that it is these drivers which are having a positive effect on the sector’s growth, which he estimates will increase by 1% to 2%, ‘depending on how the NHS continues to fund it.’

‘If you look at the cycle since 2008 there’s a mix of private and NHS,’ Risebrow continued. ‘There has been a huge decline in the number of NHS areas where you can get three cycles, there are a lot of areas which won’t fund any cycles. It’s the ultimate postcode lottery.’

The IVF and fertility market is still very fragmented, and Risebrow predicts further consolidation within the sector: ‘With the NHS, it’s never going to have enough money to fund everything at once, and IVF is going to be fairly high up the list of things that are politically easier to cut. So it’s going to be a more privately funded market.

‘On the back of that, there was one hospital trust which took a view that most of the market in their area is private. The CCGs were cutting the number of cycles, so why would they invest in upgrading their IVF clinic which is a largely private service?’ he asked.

Risebrow also predicts that more NHS trusts could partner with the private sector to invest in clinics and provide the NHS funded cycles, but also use them as platforms to grow the privately funded cycles.

Saghar Kasiri, director of European operations at Cryos International told the audience that increasing use of egg donation also presented new opportunities in the fertility market.

The international egg donation market is anticipated to grow by 7.5% in the next ten years.  Globally, fresh donor egg cycles account for 70% of the market, but roughly 30% is accounted for by frozen eggs…If we look at the end users, private clinics are leading with 70% of them using egg donation,’ said Kasiri.

She said one of the drivers behind this growing market is the increasing prevalence of infertility because of the social risks some young people are taking.  However, she said a lack of donors in the UK meant many patients travelling abroad for egg donation.

‘One of the reasons tend to be the cost and unavailability of donors, and other reasons include success rates,’ she said. ‘South Africa is leading by 65%, followed by Spain, Cyprus and the US at 61%. You can see, the US is falling off the charts because it is quite expensive to have a donation there. So even though patients would like to go to a country that has very good regulations and egg donation is quite safe, the cost is also a major deciding factor.’

The forum also heard how new technology has the potential to drive market growth.

‘By 2030/2040, the world will have evolved rapidly to take into account the power of digital artificial intelligence (AI), genomic science, epigenetic and human reproductive evolutions,’ Louisa Ghevaert, managing director of Louisa Ghevaert Associates, told the audience.

According to Ghevaert, this will require a paradigm shift in our thinking, leadership and practice, and will involve greater deployment of genomic science and medicine in the fertility sector.

‘Once more people take time to understand this technology and realise its economic benefits, we will see new trends resulting in fewer natural conceptions and more genetically planned parenthood,’ she said.

However, she added the technological revolution will bring about new responsibilities, which will require ‘new laws, policies and safeguards at national and international levels’.

Over time, said Ghevaert, the technology could also help to address fundamental societal issues such as ageing populations, later life conceptions and declining fertility levels. But how this tech is used and regulated will require sensible and effective public debate and informed decision making.

‘Law policy and practice must take account of the potent and rapidly evolving digital AI and genomic sectors and the impact this is going to have on reproductive revolutions,’ Ghevaert said.

‘This is going to require centralised law policy and regulation at state level, and I would suggest we would benefit from a new ministry and minister for fertility and genomics in the UK. We’re going to need nationally integrated genomic and fertility policy as genomic science combined with digital and AI tech increasingly permeate and influence all aspects of life.’

Chairing a panel session entitled, How, where and when to invest – buy or sell?, LaingBuisson CEO Henry Elphick said in the past, IVF had not featured in private equity (PE) portfolios since it tended to be concentrated in small, single practices.

However, IVF has entered the top ten sub sectors in healthcare, with five IVF portfolio assets in the UK alone. As alluded to earlier, the NHS could be a key driver in this private sector growth.

‘It’s still a relatively fragmented market, but what’s interesting is how many of them are owned by PE (Fertility Partnership, Care Fertility, BMI). PE clearly view this as a sector worth investing in,’ said Elphick.

NHS reform back on the agenda