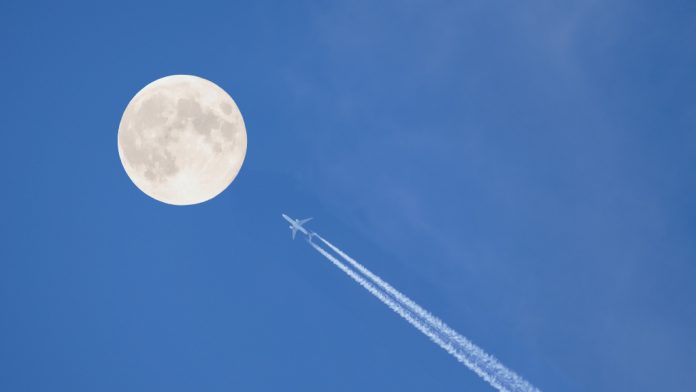 Operation Moonshot has become a much derided term in the weeks since it was first mooted by the Prime Minister but as Tim Read, director, UK and Europe Advisory Services at Marwood Group, points out, new approaches could make mass testing a reality. The question is how long it will take and, ultimately, who will foot the bill?

Even for a government not shy of ambitious statements of intent, Operation Moonshot – the recently leaked proposal for a ramp up in Covid-19 testing – seems an eye-catching proposition. Currently facing criticism over the ability to deliver against a stated capacity of around 370,000 daily tests, Operation Moonshot suggests testing could reach four million by yearend, and up to 10 million per day by early 2021.

The chart below demonstrates the scale of the ambition. The blue line shows the existing trajectory to the end of October; when daily testing should reach 500,000. To get there would mean capacity increasing by 2,200 daily on average.

To hit the proposed figure of 800,000, would mean average daily increases of 7,700. Marwood has assessed the feasibility of reaching even the low end of the leaked figures, and has found that to hit a target of 2 million daily tests by the end of the year would require a capacity ramp of 20,000 new tests daily across November and December – well above historic growth rates.

While critics may dismiss the plans as further evidence of governmental hyperbole, the thinking behind it is important to consider as it appears to reflect the next stage of the development of the UK response to Covid-19. From the outset, the government’s testing strategy has included a stated commitment to achieving mass testing capabilities. Operation Moonshot suggests a strategic plan that could make it a reality.

These goals are reliant on new technology not currently available. Efficiency gains in current lab networks and utilising latent capacity is not going to increase capacity by a factor of ten by Christmas.

What is required is a technology advance that leads to a paradigmatic shift in capacity. This isn’t just blue-sky optimism on behalf of the government; options currently in development and testing have the potential to radically change the mechanisms for both undertaking testing and analysis at scale and pace.

THIS ISN’T
JUST BLUE-SKY
OPTIMISM ON
BEHALF OF THE
GOVERNMENT;
OPTIONS
CURRENTLY IN
DEVELOPMENT
AND TESTING HAVE
THE POTENTIAL TO
RADICALLY CHANGE
THE MECHANISMS

Saliva swab tests will be piloted in Salford and could be extended to be used across university settings. This home-delivery method will make it much easier for people to access testing, but critically the issue is also about capacity to analyse the results. Matt Hancock has recently acknowledged issues with analysis capabilities, bottlenecking testing, which has meant actual daily testing coming in nearly 200,000 below the potential capacity.

Of critical importance is the decision over the usage of pooled testing methods. This would allow multiple samples to be tested at one time. In low prevalence scenarios, this could increase efficiency as – rather than testing each sample individually – a large number of batched results could be cleared as negative. Any positive sample would lead to the batch being re-tested individually.

This is reliant on an extremely accurate test being developed. From a public health perspective, there is a danger of false positives/negatives in mass screening. A weekly, whole-population test that was 99.9% accurate could still mean that nearly 70,000 people could be given a false negative each week; potentially leading to greater socialisation and the concurrent risk of spreading due to the false confidence given by a negative result.

However, the old adage ‘don’t let perfect be the enemy of the good’ is relevant here. The fact that the government did not appear to consult the National Screening Committee is unlikely to be an embarrassing oversight. It feels more like a deliberate decision to avoid a process that sits at odds with the need for rapid decision-making and recognition that there is a significant difference between existing screening programmes and requirements for screening for airborne, infectious diseases.

It goes against common testing principles but, if the major issue is asymptomatic cases and high transmission, the ability to test rapidly and widely may be of greater value than of testing slowly but highly effectively. Currently, many who risk spreading the disease are asymptomatic and also cannot get a test at all – and so may be mixing regularly with others. If testing can be expanded to a scale where weekly whole-population testing is possible, then many of this group will be aware that they may have the disease. Even if a person receives a false negative, it would be highly likely to be picked up in their next test.

Other aspects of the Prime Minister’s announcements seem more ambitious. Whilst mandatory information capture for track and trace is eminently sensible, and arguably should have been in place from the start, the idea of testing at venue entry seems reliant on a heretofore not well demonstrated aptitude for logistical planning.

Equally, the involvement of employers in testing programmes leads to some difficult questions over the cost burden. Whilst the government is unlikely to push hard on shifting the cost burden before a vaccine has even become available, at some point testing programmes will be scaled back. The question then becomes – outside of priority groups – who should pay for testing for Covid-19?

Should Manchester United be responsible for paying for 60,000 saliva swabs each time they play at Old Trafford? Should Tesco pick up the tab for employee testing on a regular basis? Equally, should it be up to the individual to ensure they are Covid-free in the longer-term?

At the moment the focus is on ensuring the virus remains under control in the face of a likely second wave. However, with a £100bn price tag attached to Moonshot, questions will need to be asked at some stage. Covid-19 prevalence may significantly reduce, it may mutate into a less deadly strain, but it is highly unlikely to be eliminated.

In time, will we think of it in the same way we think of the flu jab? Priority groups able to receive a free annual vaccination, others paying privately or testing forming part of an employers’ benefit package. Hard as it seems to believe as we stare down the barrel of a long winter, in five years’ time, perhaps Covid-19 will become just another virus to us.

Yemen: IsDB and WHO provide healthcare support for Yemen

©2020 All rights reserved LaingBuisson
SIGN UP TO OUR FREE NEWSLETTERS

Clearing the mist on cataract surgery