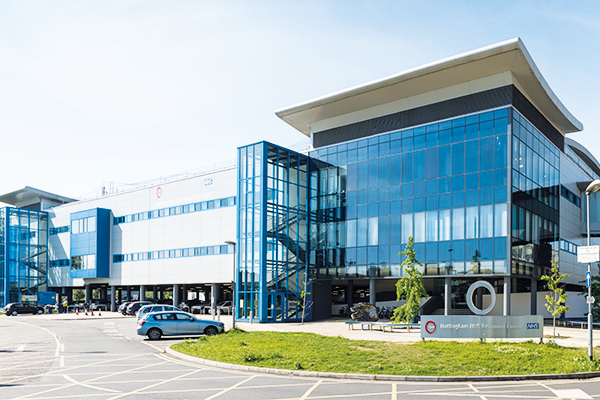 Circle Health is taking Rushcliffe CCG to court over its decision to award the Nottingham Treatment Centre contract to an NHS trust which is forecasting a deficit of £40.3m this year.

The CCG announced Nottingham University Hospitals (NUH) as preferred bidder for the five-year contract in December following a competitive tender but Circle, which came second in the procurement, said the process was flawed and has challenged both the financial standing of the Trust and its ability to deliver promised cost savings.

Circle has operated the contract since its inception 11 years ago and said NUH’s financial model was not sustainable without cross-subsidy from NHS loans or funding.

In its High Court challenge, the company said NUH committed to achieving savings of 16.1% over the five-year contract term, equating to average savings of £10.2m a year. However, based on its familiarity with the actual cost of service delivery, it contends that NUH’s costs would be higher as staff would qualify for improved NHS terms, adding about 15 to 20% to staff costs.

Circle Health challenged the CCG’s recommissioning of the service last year, following what it described as ‘unsustainable cuts to services’. The contract was worth around £67m in 2017/18, but the re-tender valued it at just £50m a year and proposed a number of cuts, including a reduction in the number of patients treated for some services and the removal of all inpatient beds.

The CCG pulled the tender in May 2018, but the most recent procurement still values the contract at less than 2017/18 levels at roughly £64m a year.

A spokesman for Circle Health said: ‘We believe the continuity of quality services at the Nottingham Treatment Centre is at risk following a flawed procurement. The local healthcare system is already under significant pressure and unrealistic proposed savings are not in patients’ interests.’

Circle has also challenged whether the Trust’s bid is credible given the perilous state of its finances. NUH was rated the second worst performing NHS trust in the country against 2018/19 financial controls set by NHS Improvement.

In the months prior to being awarded preferred bidder status, the Trust warned that its finances were ‘significantly adrift of plan’. And in October 2018, the Board reported a year-to-date deficit of £30.1m.

Circle said it remains committed to the continuation of sustainable, high-quality services at the centre, which treats around 72,000 patients a year, including those with complex cancer pathways.

‘We do not want to see this jeopardised by short-term closures or service disruption. The commissioners have recognised that any transfer to another operator would require a minimum of seven months. We have offered to continue services with the commissioners on the current basis to ensure patient and staff continuity, while the background dispute is resolved,’ said the spokesman.

However, the CCG is sticking by its decision and said is working to resolve the issues and  still hopes to award the contract to NUH.

Amanda Sullivan, chief officer of the six CCGs in Nottingham and Nottinghamshire, said: ‘Our priority is to ensure timely mobilisation of services in order to mitigate any impact on patients.

‘As a health system we have set ourselves challenging targets for improving local healthcare services through collaborative partnership. The Nottingham Treatment Centre will play an important role in this partnership going forward.  We look forward to confirming the contract award in order to ensure patients have access to high quality elective services at the Treatment Centre.’