The head of the Independent Healthcare Providers Network (IPHN) has said he is optimistic about the future of independent healthcare provision in the UK but has warned of continued challenges ahead as health services recover from the last 12 months while adapting to the ongoing threat of Covid.

Speaking exclusively to HM, IHPN CEO David Hare, said the sector’s unprecedented collaboration with the NHS over the past year had led to a ‘step-change’ in the way private healthcare is viewed, across government, the NHS and among the public.

Recent polls show more than 70% of the public is aware of the deal signed between independent providers and NHS England last March, which saw almost all independent hospital capacity turned over to the NHS in just six days and had resulted in over 3.2 million NHS patients being treated in private facilities by 31 March this year.

‘We as a sector are very proud of what was achieved and look forward with confidence to what can be done to build off the back of that,’ said Hare. ‘And we certainly now see very different kinds of conversations with government and, indeed, the public’s perception about the role the sector has to play.’

According to Hare, the sector is not only a key player in NHS elective recovery but is seeing rising demand from insured and self-pay patients due to spiralling NHS waiting times.

‘Polling that we have done suggests that around a quarter of the population, post pandemic, is much more willing to consider private options and our sense is that is translating into more people paying for care privately,’ he told HM.

However, he said it was important people remained cognisant of the mammoth task facing the health service.

‘The scale of the challenge that the NHS now faces is so significant that it is going to need a variety of different solutions. Some of that will come from the independent sector and that will be additional capacity, efficient ways of working that improve throughput and community service interventions that stop people needing acute treatment in the first place,’ he said. ‘But equally, the sector is completely committed to being available for private patients whether insured or self-pay.’

Hare said the fact the question is being asked of the sector whether it has enough capacity to meet the demands of all payor groups should give confidence in its long-term prospects.

‘Minds have shifted over the last year and made people look at the independent sector in a different way,’ he told HM. ‘That also gives us a responsibility to make sure that we move forward by focusing on working closely with the NHS but also making very clear that this is a sector that is delivering fantastic healthcare and has a big role to play in the next phase of the challenge, which will be recovering services over the next few years.’

As well as providing capacity, Hare said the sector has the capability and the capital – the three C’s as he describes them – to help the NHS innovate, remodel services and deliver new ways of working.

However, while collaboration during the pandemic may have altered attitudes towards partnership working, Hare warned that the many challenges which pre-date Covid have not gone away. Workforce issues – recruitment, retention and training; the ability to demonstrate quality; data alignment with NHS systems; and ensuring a place for the sector in the new NHS structures are all areas IHPN will continue to work on in the coming months alongside elective recovery and living with Covid.

Close engagement with the new health and social care bill, new competition framework and the 44 integrated care systems, which are expected to be put on a statutory footing, will be key priorities for Hare and his small team.

Although collaboration during the pandemic has strengthened ties between independent sector providers and local health systems, Hare said there remained variation in how integration is being interpreted.

‘Where integration means good coordination of care, all providers fully engaged and everybody working to a common set of objectives but where poor performance provision is not tolerated, then that is an agenda we can fully get behind,’ he said. ‘Where integration is defined as a closed-shop mentality, a public provider first mindset and keeping the NHS pound in the family, then it’s not the right definition because it doesn’t work for patients and we’ll be challenging those areas hard while also championing those areas that do it right.’

Hare believes the forthcoming legislation will answer some, but not all, of the questions regarding how integration is defined. He said IHPN would be engaging closely with the legislative process to ensure good safeguards are put in place to manage conflicts of interest and ensure governance in the systems is well understood.

In addition, he said it was important that the new competition rules are robust enough to ensure a level playing field.

‘They actually require commissioners to consider their options and to be very transparent when rolling contracts over as well as treat people fairly when they do choose to go to market,’ he said. ‘But I think there is definitely more work to do to define phases like ‘good job’. It needs to be clear what good job means and it should certainly be possible for independent sector providers to retain contracts when they are doing a good job in just the same way that other providers do.’

There are also issues around the new Increasing Capacity Framework, which went live last month. A significant proportion of independent sector providers have secured places on the framework, which could include up to £10bn worth of elective contracts over the next four years at tariff prices. However, as the system is currently structured services will need to be re-procured after an initial six months, resulting in what Hare describes as a bureaucratic exercise which didn’t exist in pre-pandemic contracting arrangements.

‘We are saying very strongly that this needs to be handled with the utmost care because it could turn out to be quite a bureaucratic exercise and we must avoid losing capacity in the system through that process,’ he said.

Nevertheless, Hare remains convinced that the experience of the last year has been transformational, firmly cementing the independent sector’s role within the health service.

‘I think everybody’s still adjusting to the post winter period, as with the NHS, people have had a hell of a year just at the very human level. People have been working incredibly hard, teams have been working incredibly hard. It’s been a tough time and to a degree, people are taking a bit of a breath, but then looking at the huge amount of work that is to come. In all of the areas that we’re looking at we want to come at it with a fresh eye and think about how we can support the industry to move things forward,’ said Hare.

‘Overall, I would say people are positive and optimistic about the future but not blasé about the challenges and not blasé about us being at the end of the pandemic. The virus has shown its ability to surprise and I’m sure next winter will be challenging, as is every winter, so we are looking ahead with optimism but also with realism.’ 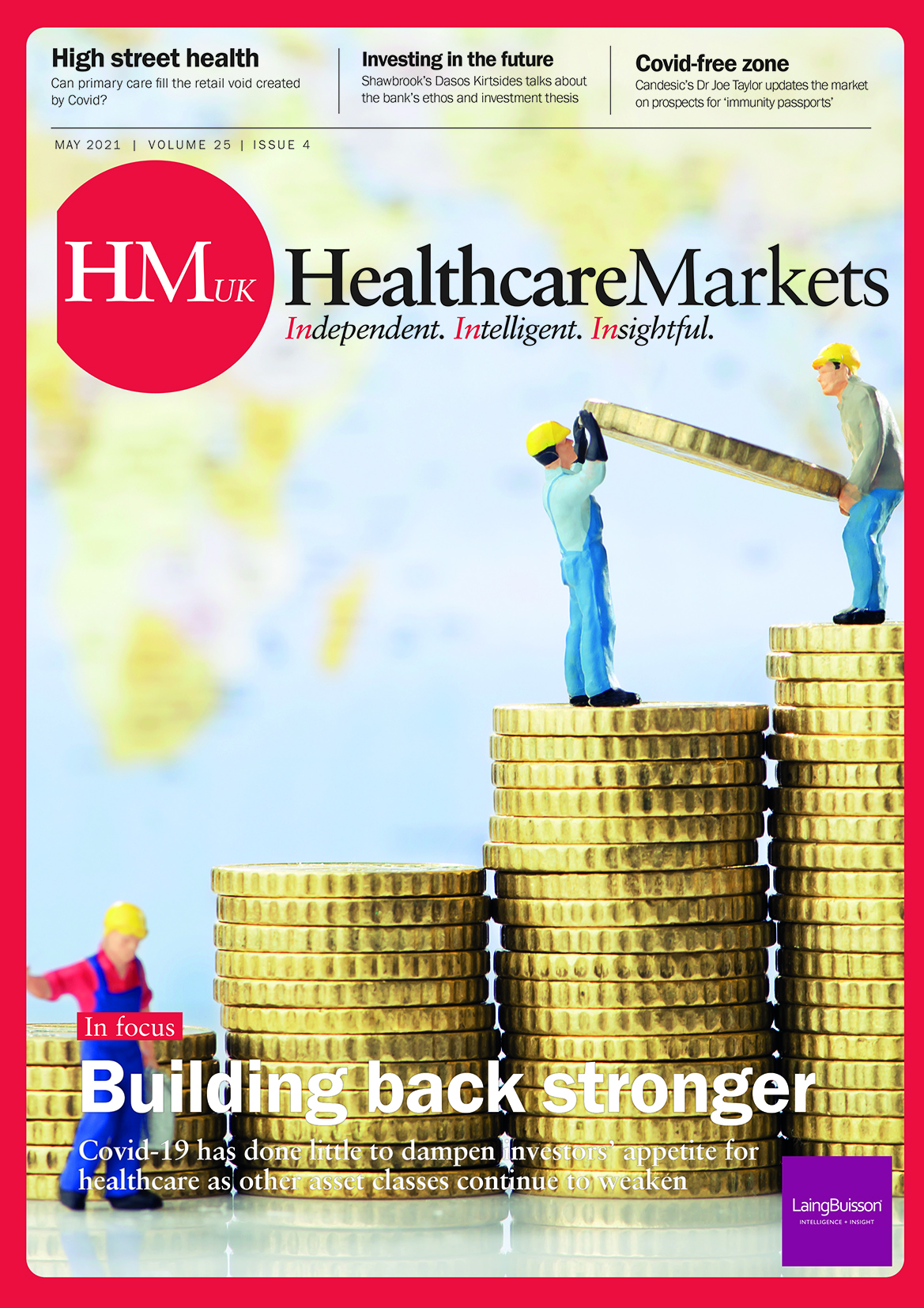 One Healthcare loses bid for PPU