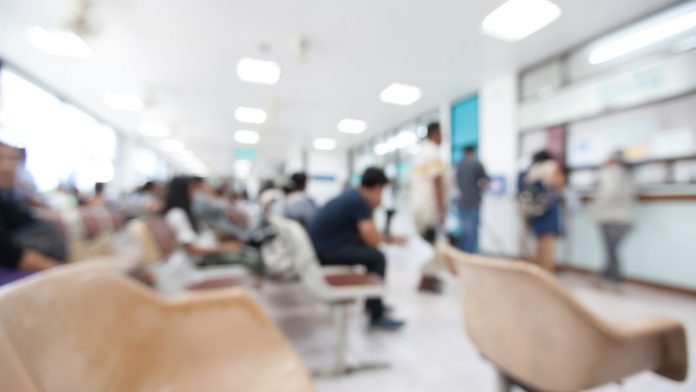 Fresh evidence of a dip in NHS referrals to the independent sector has emerged after analysis by Health Service Journal (HSJ) found volumes had fallen in eight of the ten largest specialties in the first three months of this year compared to pre-pandemic levels.

There were 428,347 clock stops in the sector between January and April 2022 – just 0.2% below the same period in 2019. However, the figures are skewed by a massive 113% increase in ophthalmology procedures – a figure which has risen even higher in recent months.

According to the latest figures from the Independent Healthcare Providers Network (IHPN), NHS ophthalmology procedures in the independent sector are now at 149% of pre-pandemic levels, helping to push overall activity in the sector up by 7.4% against 2019. In reality, however, the huge rise in ophthalmology is masking a sharp decrease in specialties such as trauma and orthopaedics, where activity is down 9.1% on 2019.

IHPN CEO David Hare said the growing use of referral management centres and single patient lists alongside slow reactivation of eRS referrals were partly to blame and had led to fewer patients being seen in the independent sector.

The HSJ analysis found that trauma and orthopaedics, which represents around a quarter of all NHS procedures carried out in the independent sector, had dropped by 16% between January and April this year. Over the same period, general surgery was down 14%, gastroenterology decreased by 47% and ENT had fallen by 39%.

Hare said the use of referral management systems, which are often run by NHS trusts was ‘leading to a much larger proportion of patients referred to the private sector coming as trust transfers and a reduction in those coming through the ERS system’.

He said that in a number of places this was ‘serving to make it much harder to get patients into the sector’.

Independent sector providers such as SpaMedica and Community Health and Eye Care (CHEC)have greatly expanded provision in the community at the same time as NHS ophthalmology units have struggled to provide capacity due to lack of investment in infrastructure and workforce.

However, expansion in independent sector capacity is only part of the story. Ophthalmology referrals for high volume procedures such as cataracts often come through high street ophthalmology providers rather than GPs, which not only often have more established relationships with independent providers but also mean patients are far less likely to be triaged by NHS-trust operated referral managements centres.

The HSJ analysis comes at the same time as the IHPN released the results of a poll of its hospital members, which found that just 40% had been asked to increase the amount of elective activity delivered to the NHS this year.

‘Capacity that could have been used to treat NHS patients has, and continues, to go unused,’ it said.