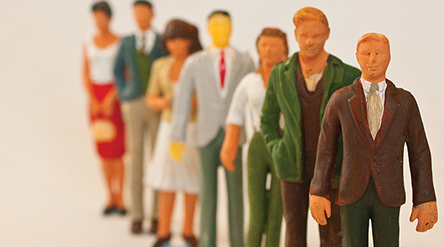 Rising NHS waiting lists are driving more people to self-fund their treatment, according to the latest research from LaingBuisson.

It comes as the latest NHS performance figures show 6.2 million patients were waiting for routine NHS treatment at the end of February – almost 300,000 of whom had been waiting longer than 52 weeks.

However, increased interest in self-pay is not confined to elective surgical procedures. The report found people are also turning to private GPs, diagnostics and consultants to expedite treatment, even if they do not remain on an independent healthcare pathway afterwards.

NHS demand management strategies are helping fuel interest in private initial consultations and diagnostics, particularly in orthopaedics, ophthalmology, gastroenterology, gynaecology and urology, where there has been a noted increase in self-pay enquiries.

While most demand continues to be concentrated in London and the South East, the research showed interest in private healthcare is rising consistently across all regions. Alongside burgeoning self-pay demand, there are also indications of heightened interest in private medical insurance as the trend towards greater spending on health and wellbeing, first identified by LaingBuisson in 2020-21, continues.

Alongside the demand drivers, there are pull factors. Greater pricing transparency and access to payment plans are having a positive impact. Some private hospital groups have harmonised pricing across the UK while some NHS private patient units are making information and prices more visible. This is supported by specific services, such as vein clinics, day surgery clinics and ophthalmology providers offering competitively priced services based on their efficiencies and economies of scale.

Meeting demand is not without its challenges. Although private providers are keen to return to serving their core private patient segments, there is still the possibility that private sector capacity may be used by the NHS to reduce waiting lists. Issues with attracting sufficient qualified staff may also put a brake on growth.

However, provider confidence in the market remains high. Just over 55% of respondents surveyed for the report anticipate that the self-pay market will grow by 10-15% over the next three years.

Report author Liz Heath said: ‘While there is a continued sense of optimism about the future of the self-pay market, we are not clear yet about the scale of growth going through 2022 and 2023, though early indications from some large providers are very positive. Consumer confidence is key to the direction of travel of this market. While the inability to spend money on holidays and leisure activities in 2020/21 meant that people had money in their pockets which they chose to spend on health and wellbeing, current inflationary pressures, the wider geo-political situation and the opening up of society following the pandemic may serve to stifle growth given this kind of healthcare spending is generally discretionary.

‘Nevertheless, there does appear to be a direct correlation between the well-publicised and lengthening NHS waiting lists and waiting times for elective procedures and diagnostics and enquiries around self-pay. Since those waiting lists are not falling, we would expect demand to be sustained as people seek to access treatment. The question for the private healthcare sector is whether it has the staff and resources to meet that demand.’

Commenting on the findings, Independent Healthcare Providers Network CEO David Hare said: ‘With NHS waiting lists at record levels and likely to continue growing, it is not surprising that increasing numbers of patients across the country are paying privately for treatment, including those who would never have previously considered doing so. With almost 700 independent healthcare sites across England, we would encourage anyone seeking high quality, accessible healthcare to consider private healthcare, including through making use of private medical insurance schemes and self-pay options, whilst also exploring their options to choose a private provider for their NHS-funded care.’