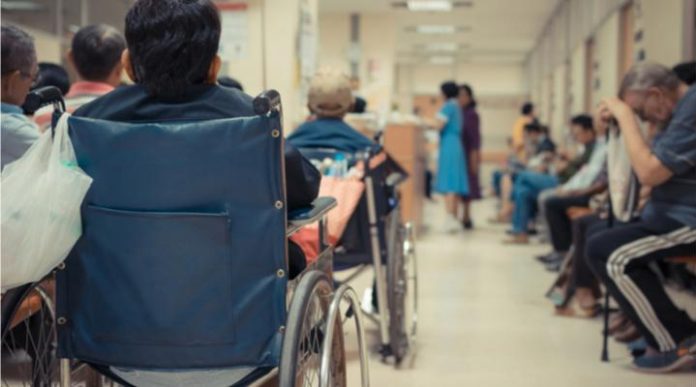 The number of people waiting for routine NHS surgery hit 6 million for the first time in November 2021 – up from 5.97 million in October 2021.

The figures out today mean the size of the NHS waiting list is now at least 42% higher than before the March 2020 Covid-19 lockdown.

Orthopaedics continues to have the largest waiting list at 700,547.

The health analytics team at financial, actuarial and business consultants LCP said regional inequalities persist across the waiting list with the number of people waiting 52 weeks or more for orthopaedics now 80 times higher in Norfolk and Waveney than North East Lincolnshire.

Adjusting for population size shows a 76-fold difference in the orthopaedics waiting list across the best and worst performing CCGs.

Head of health analytics at LCP Dr Jonathan Pearson-Stuttard said regional disparities and the increase in two-year plus waits were a particular cause for concern.

‘These numbers are largely before the Omicron Covid-19 wave was felt across England so we would expect further worsening of these numbers in future updates. The true size of the waiting list when including the ‘hidden need’ is likely to be double. The upcoming elective recovery plan must harness data-driven approaches to ensure that additional resources are targeted in a proportionate manner according to the level of unmet need across communities including both known and hidden unmet needs.’

Increased medical travellers to Korea in 2021

Re:Cognition Health expands in US