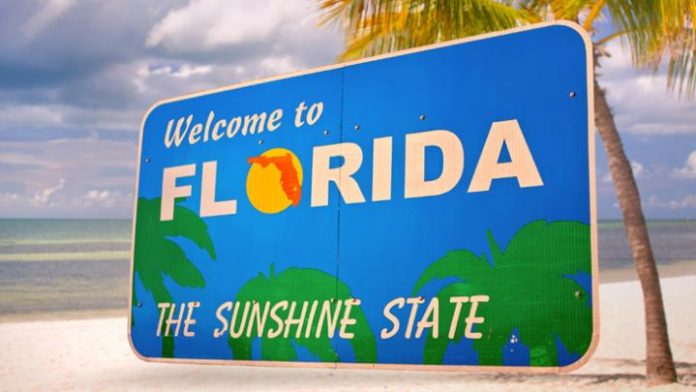 With plans in place to establish Florida as a medical tourism destination,  Keith Pollard takes a closer look at the ‘Medical Tourism in Florida’ report published by Florida TaxWatch.

I took a call recently from a journalist at the Orlando Sentinel, a Florida newspaper, which has been covering  this US state’s plans to establish Florida as a medical tourism destination. Back in December, the State Senate approved a bill aimed at boosting “medical tourism” and attracting out-of-state residents to seek care from Florida hospitals and other health providers.

The plans which involve a significant expenditure of tax payer’s money have come under fire from various quarters. $3.5 million has been allocated to Visit Florida for a medical tourism marketing plan and $1.5 million for medical tourism matching grants was signed into law.

The call prompted me to take a look at a document “Medical tourism in Florida” produced by Florida TaxWatch, “an independent, nonpartisan, nonprofit taxpayer research institute and government watchdog. It is the mission of Florida TaxWatch to provide the citizens of Florida and public officials with high quality, independent research and analysis of issues related to state and local government taxation, expenditures, policies, and programs”.

So how good a job have Florida TaxWatch done in assessing the potential of medical tourism to Florida, and what kind of information is the state using to support an investment of several million dollars?

It doesn’t take a rocket scientist to begin to have some doubts. Sadly, the document repeats some of the myths, confusion and hype that surrounds our industry. It highlights how the lack of data or the existence of highly questionable data can lead to destinations and healthcare providers making poor or wrong decisions. I gathered and analysed some of the data quoted in the report. It doesn’t make sense. (See table).

You would expect the reverse for patients travelling to  the USA. i.e. they are not attracted by low cost, and come to the USA in lower numbers but for more complex, high cost surgery. They are attracted by range and quality of services, not by low cost.  Hence the treatment value per patient is much, much higher. Globally, the treatment value per medical tourist  is believed to be around $3,000 to $5,000.

Number of US medical tourists

The numbers quoted for US patients going abroad are as follows:

Erm….. Are they serious!

According to the National Travel and Tourism Office’s report “Profile of US Resident Travellers Visiting Overseas Destinations: 2014 Outbound”, 30,780,000 US travellers left the US in 2014 and of that total number, 1% claim “health treatment” as the primary purpose and 1% indicate “health treatment” as a secondary or other purpose of the trip. So, we could estimate between 300,000 and 600,000 air travellers self-identified as seeking health treatments during their trips outside the US in 2014.(For a full in depth analysis of the USA outbound medical tourism market, see the new report – “The USA outbound medical travel market: an in-depth analysis” )

So, is 15 million a realistic expectation?  Do they really support the belief that that half of all US travellers will be medical travellers in 2017?

The truth of the matter is…. no-one actually knows the real number… but 15 million is a pipedream.

Here are a few quotes from the document that illustrate the repetition of medical tourism myths and misunderstandings.

” Florida’s already thriving $51+ billion tourism industry attracts more than 94 million visitors annually, and will provide the perfect playground for medical tourists and their families through high-quality medical offerings near an abundance of world-renowned destination activities ranging from Disney and Universal to sporting events and Florida’s hundreds of miles of beaches.”

Medical tourists aren’t looking for a playground. They come to a country for medical care and treatment. They don’t hit the beaches and amusement parks. This is not how a medical tourism destination attracts patients or generates income. Read any of the academic research and publications on medical tourism and you’ll understand that medical “tourism” is a misnomer. Medical “travel” is probably the more appropriate (but less common) term. Yes… of course, the destination environment does have a role to play in determining destination choice. But  beaches, amusement parks and medical travel don’t mix.

“researchers at the University of Central Florida conducted a retrospective case study…… Of the (medical) tourists, nearly 14 percent were from out of the country, with the highest number of tourists originating from the United Kingdom (4.05 percent), Canada (1.66 percent), Brazil (1.57 percent), Venezuela (0.62 percent), and Ireland (0.52 percent)….. Study limitations did not allow for complete differentiation between intentional medical tourists and those needing medical care on vacation”

So, I understand this as saying that the UK provides the biggest proportion of non-US medical tourists to Florida?  Really?

In the Treatment Abroad medical tourism survey, we research around 1,000 UK medical tourists, and get a pretty good idea of how many Brits travel to the USA for treatment.

Zero… in our survey sample.

I might be able to find a handful of UK citizens who have flown to Florida for the purpose of surgery. (The UK’s NHS funds a few UK patients for proton beam therapy for cancer at the Florida Proton Center. ) But that’s’ about it.

The researchers quoted in the report have made the fundamental mistake in counting “medical tourists”…. The number quoted is massively inflated by the UK holidaymakers who fall ill on holiday. They are not medical tourists.

Where do you go for great health care in Las Vegas?

The report is optimistic:

I’m waiting to hear how the Las Vegas experiment has worked. When the plan was established, it met with local opposition. A consumer campaign, “Do no harm: Hospital care in Las Vegas” had highlighted the poor quality of care available to local citizens:

“Where do you go for great health care in Las Vegas?”

In most state by state national comparisons, healthcare in Nevada has been rated as substandard, and comes out near the bottom. (See: Agency for Healthcare Research and Quality (AHRQ) – State Snapshots).. Yet, here was Las Vegas saying “Come to Vegas”. It’s “Destination Guide” tells prospective patients all about the shows, casinos, events etc and says….” Name any FDA approved medical procedure or treatment and chances are good that you will find it being performed at one of Las Vegas’ hospitals or clinics.”

What the Destination Guide doesn’t say is whether the hospitals and surgeons are up to scratch. There’s zero information on patient outcomes, patient satisfaction, complication rates and the things that do matter when you’re making a serious healthcare decision.

Lessons from the past?

The Florida Taxwatch report is spot on when it says:

“The lack of research on domestic medical tourism suggests that further data is needed for a clearer picture…  Data collection may be challenging, as certain providers may be reluctant to share medical tourism information that could be utilized by a competitor”

But the lack of data isn’t a barrier. Nor are the lessons from the past. There have been several attempts to create a Florida based medical tourism initiative.  The South Florida Hospital and Healthcare Association compared medical tourism to a “pot of gold that people think they can mine”.   Salud Miami, a banding together of South Florida healthcare providers, collapsed in the 90’s. In 2013, Miami hosted a “global intelligence briefing” on a plan of action for a “Medical Tourism Cluster in South Florida”. But it failed to get off the ground.

With $5m of public money behind it, the Florida medical tourism initiative can’t fail.

Don’t write off Hainan as a competitor

Wellness travel trends to watch in 2019