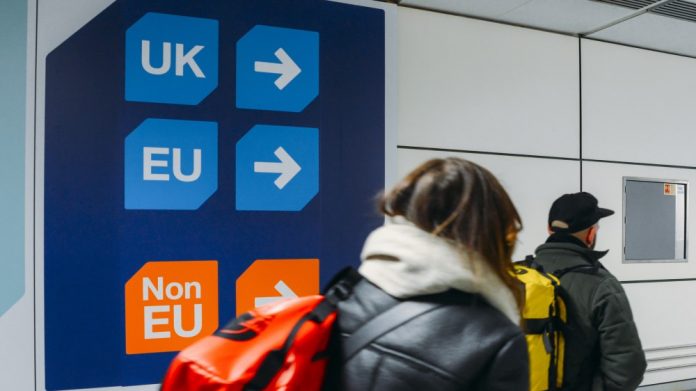 The Home Office is set to pass legislation to introduce a new Electronic Travel Authorisation (ETA) for EU citizens and other foreign nationals. Similar to the American ESTA, it is part of a wider reform aimed at making the UK border more secure.

The new ETA will help the British government track with more accuracy the number of people entering and leaving the country. It will apply to visitors without a visa or immigration status, except British and Irish citizens.

The British government plans to charge EU citizens and other foreign nationals to visit, as part of a wider reform aimed at making the border more secure.

The ETA will be similar to systems already in place in Canada and the American Electronic System for Travel Authorization (ESTA). The EU is also introducing the European Travel Information and Authorisation System (ETIAS), which is due to launch from 2022 and will apply to UK citizens.

Visitors will have to complete an online form before traveling to the UK Carriers will have to check these online permissions prior to boarding, and the Home Office will begin work with selected airlines with the aim of launching a pilot later this year.

The ETA is designed to make UK borders more secure; authorities will finally know exactly how many foreign nationals are coming in and out of the country.

It is not expected to come into force until late 2025.

Electronic travel authorisations are part of a simpler and more secure system of universal permission to travel.