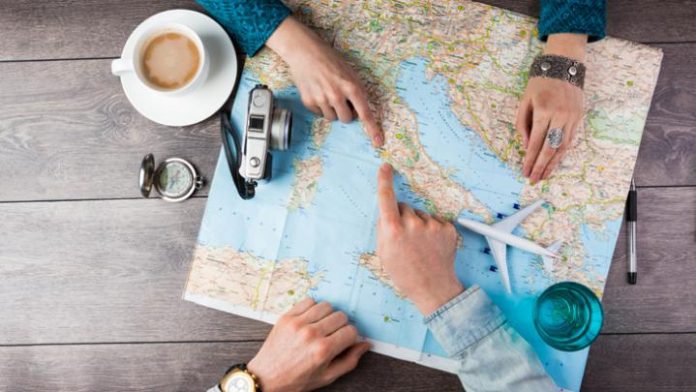 British travellers are changing their travel habits in 2016 to avoid places where they do not feel safe. For holidays the most popular destinations are UK (27%), Spain (21%) and France (10%) whereas Brits are put off Egypt, Morocco and Turkey.

According to new research by travel deal company Travelzoo, 71% of British travellers are now choosing where to go based on how safe they feel the destination is. Safety has overtaken affordability as the most important factor in deciding where to go. This is making some countries more popular and other once favourite destinations unpopular.

Louise Hodges at Travelzoo explains, “The British are still keen on both European and longer-haul destinations. The research does echo what our partners in the travel industry have been telling us: Brits are now opting for what they perceive to be safe travel destinations and this is having a direct impact on the countries they travel to.”

For holidays the most popular destinations are UK (27%) Spain (21%) and France (10%). Much less popular are the USA and Italy in equal fourth place,

Also in the top ten and all at 4% or 5% are Greece, Canada, Germany, Portugal, Australia, Caribbean and Cyprus.

Terrorism means that four destinations popular in 2015 are off the list to consider; Tunisia has a UK travel ban, and constant media attention to live terrorism risks have put Brits off Egypt, Morocco and Turkey- the latter two suffering as terrorist are targeting tourists and tourist locations.

Louise Hodges adds, “Safety considerations are impacting destination choices and this is affecting prices and availability. Prices are higher to the Western Mediterranean than previous years and availability is undoubtedly lower.”

The city of Cairo used to be one of the most popular vacation spots for anyone visiting Egypt, thanks to the fear of terror. Like other countries, it has new measures to improve the safety of holidaymakers but the numbers of people visiting Egypt are not increasing.

The immediate impact of terrorism on tourism of a country is between 0.5% and 0.8%, according to the Moody’s rating agency. The economic effects may take up to five years to subside. Turkey, Egypt, Tunisia, Ivory Coast, Burkina Faso and, Mali have been affected by terror attacks.

For medical tourism, the countries that Brits prefer to go to will be different from where they go on holiday. But for counties they may avoid due to perceived fear of terrorism, the countries will be the same. In an age of mobiles and instant news, just announcing “it is safe to come to our country” is no longer believed by Brits who can see terror attacks first hand online. For tourism and medical tourism streets and buildings swarming with armed police and military, puts medical tourists off, as the atmosphere is no longer peaceful and relaxing.