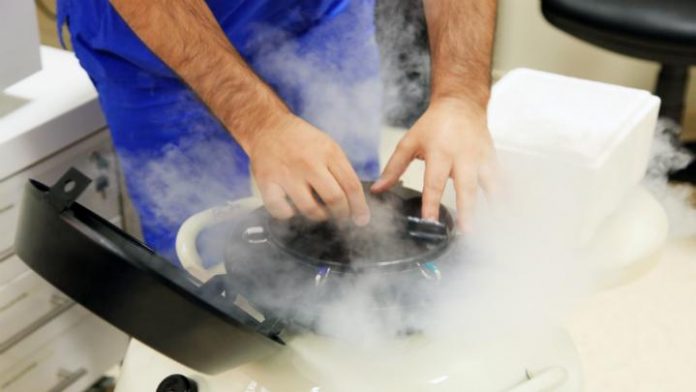 Increasing numbers of women in the UK either have to destroy their frozen eggs or become a mother before they are ready to do so, because of an outdated law, according to the Progress Educational Trust (PET). Their new #ExtendTheLimit campaign is calling for the law governing the storage of gametes and embryos to be amended to allow women freezing their eggs for social (non-medical) reasons to store them for more than ten years.

According to PET, for a woman who wants to try and preserve her fertility the optimal time to freeze her eggs is in her twenties and early thirties. Under current UK law, however, women who freeze their eggs for non-medical reasons can only store them for ten years. This means if a woman freezes her eggs when she is 28, she has to be ready to use them before she is 38.

If a woman in the UK isn’t ready to use her eggs at the end of the ten-year storage period, she faces some tough choices:
to have her eggs destroyed, and with them perhaps her best or only chance of becoming a biological mother;
to become a parent before she is ready to do so, either with a partner or as a solo mum via sperm donation; or
to try to fund the transfer of her eggs to a fertility clinic overseas and have fertility treatment abroad at a later date.
PET’s #ExtendTheLimit campaign is calling on the Government to show compassion and extend the ten-year storage limit for social egg freezing. Baroness Ruth Deech has been leading the charge on this issue in the House of Lords.

PET says that the current ten-year storage limit in the UK could amount to a breach of human rights: it harms women’s chances of becoming biological mothers, does not have a scientific basis (eggs remain viable if cryopreserved for more than ten years) and is discriminatory against women because of the decline in female fertility with age.

PET argues that change is needed now because the proportion of women in the UK affected by the current outdated legislation is increasing rapidly. They say that figures from the Human Fertilisation and Embryology Authority (HFEA) reveal the number of women freezing their eggs more than tripled in the last five years.

PET argues that the current ten-year storage limit acts as a perverse incentive for women to delay freezing their eggs until their mid-to-late 30s when egg quality is declining and a woman’s chance of becoming a biological mother has reduced. They say that the latest HFEA data shows two-thirds of UK women freezing their eggs are over 35. In this way, the ten-year storage limit promotes poor clinical practice, with women seeking fertility preservation treatment in their late 30s or 40s typically need more ovarian stimulation and fertility treatment cycles to have a chance at success.