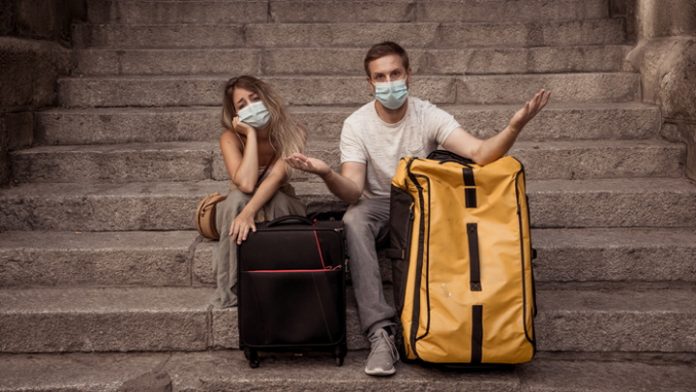 While Canadian medical tourists are allowed to go overseas for treatment, a complicated set of rules is causing travel dilemmas.

Medical travellers can go abroad, but the government advises them not to. They can fly but they cannot drive. Many of the places they want to go will not let them in.

The older patients, who need to go the most, are also the most scared and reluctant to travel. And when they return, they will face restrictions.

The above scenario may apply to any potential medical tourists but is best illustrated by Canada.

Canadians can go to the USA or Mexico but cannot drive there, only fly.

The government has refused to ban Canadians from travelling overseas but strongly advises them not to.

Prime Minister, Justin Trudeau said that a travel advisory is as far as the government is willing to go; “Ultimately, if someone chooses to travel, we are not going to keep them imprisoned in Canada. There is freedom of movement in this country. People have to recognize they are putting themselves at risk, putting their loved ones at risk. And they may not have the right kind of health insurance or repatriation flights that we did early on if they choose to leave the country.”

The USA and Mexico will allow Canadian medical tourists by air, as will Cuba. But many countries, including most of Europe, will not allow Canadians in.

With 8 million cases and 125,000 deaths, some US destinations simply no longer have spare capacity for medical tourists.

Anecdotal evidence and surveys suggest that across North America, younger people are most prepared to still travel or travel soon, while older people are far more reluctant and may not even consider travel until months after the end of the pandemic.

Canadians can go abroad, but must quarantine for 14 days on their return. With countries opening and closing borders without warning, there is no guarantee that the country they go to will allow them back out.

Many Canadians fly south to warmer climes. Trudeau has warned Canadian snowbirds to resist the urge to travel “In Florida, Arizona, California and other places the virus is not under control or less under control than in Canada. The challenges around the healthcare system being overloaded are a lot more difficult. Travel insurance may not apply.”

Most destinations are testing all travellers and have many requirements, but some other places that Canadians go to for medical treatment have fewer or no such restrictions. Only time will tell whether this approach is good judgement or recklessness to rescue the tourist trade at all costs.

Canada has made it clear that medical and health tourists go abroad at their own risk and they will not be rescued by repatriation flights.

Canadian citizens and permanent residents returning to Canada continue to be subject to strict quarantine measures. If Canadians go to Cuba, the Caymans, USA or Mexico for medical treatment they have to quarantine on their return, which has reduced outbound numbers dramatically.