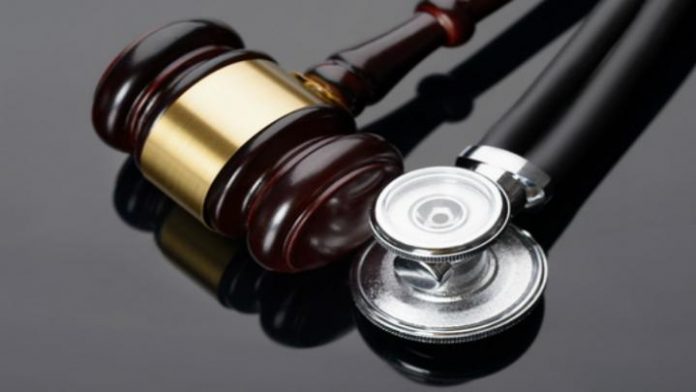 Criminal proceedings are ongoing in Malta relating to allegations of bribery around Libyan medical tourists being treated in Malta.

Gafa was investigated in 2016 over claims that he had accepted bribes to allow the approval of medical visas for Libyan citizens seeking medical care in Malta. Police raided his office at the Ministry of Health but he strongly denied the allegations.

The processing of medical visas, initially for Libyans wounded in the conflict there, was part of Gafa’s work at the health ministry.

Gafa would receive medical reports, pass them on to Mater Dei Hospital, and then if the case were adjudged to be admissible, he would consult with the chief medical officer and immigration for the visa to be issued.

The payment was €66 per injured patient. The wounded would be picked up from the runway by a waiting ambulance and someone would pay the fee to immigration at the airport.

Gafa was director of the coordination unit at the health ministry and the liaison between the Minister for Health and the Prime Minister on general health matters.

Ben Nasan was said by Gafa to be responsible for arranging medical reports belonging to people wounded in Tripoli. There was a time when the scheme was suspended because the hospitals could not take any more patients from Libya.

A relative who would pay the fee would generally accompany gunshot victims. The costs of medical care were paid for by the Libyan government, except for Libyan medical tourists who were not war victims, when the individual would pay the fee.

The Libyan Government vetted emergency cases, and medical visas issued at the airport.

Gafa filed a criminal complaint against Ben Nasan with complex allegations of blackmail.

The Maltese police investigate Neville Gafa for allegedly receiving money from people going to Malta from Libya to receive medical treatment. Ben Nasan claimed that would pass on applications for Libyans needing medical attention to Neville Gafa who would process them on behalf of the government of Malta, as this was his job. Ben Nasan then alleged that Gafa started asking for a payment between €500 and €1000 every time.

Ben Nasan told police that he became suspicious and spoke to St James Hospital, which had been party to an agreement with government and subsequently entered into a separate agreement with the hospital.

St James Hospital explained to the police that Gafa would bring patients under the government deal and Ben Nasan dealt with medical tourists. All the clients Ben Nasan had brought would pay themselves, or he would pay for them himself. There wouldn’t be outstanding balances, unlike the cases brought by Gafa, which would then be settled by the Libyan embassy. The hospital claimed that neither Gafa nor Ben Nasan were involved in criminal acts connected to medical tourists at the hospital.

The police testified that investigations pointed to Gafa’s innocence and while no cash was found in Gafa’s office – no other properties were searched.

In August 2016, Ben Nasan, filed a criminal complaint with allegations of threat, but police found no evidence and concluded Ben Nasan had faked the threats. The case continues in September.

IMTJ would like to point out that this report is from a variety of sources in Malta, and there is currently no proven wrongdoing by either individual or the hospital or the governments of either country.

Challenge and change: The impact on workforce issues

Iran to set up state medical travel agency in Oman

Cleveland Clinic London to open in 2020