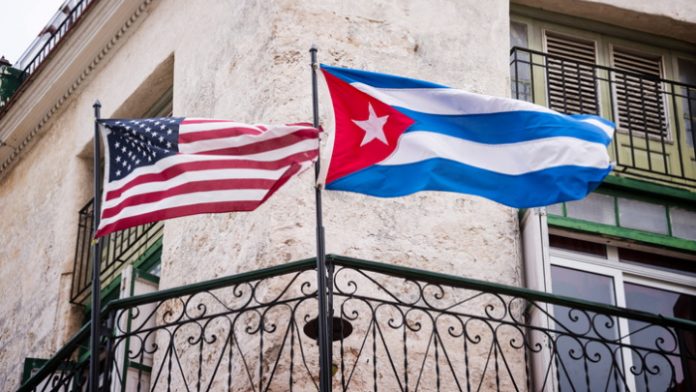 With Havana airport open to international tourism after eight months of border closure, Cuba is banking on relations improving with a new US President.

In 2019, President Donald Trump imposed restrictions on Americans traveling to Cuba, and limited commercial flights and charters to Havana airport, as part of a series of measures to undermine the Cuban economy. Incoming US President Joe Biden has had experience working with President Obama to remove many of the historic problems between Cuba and the USA. Cuba is hoping there is a strong chance that relations between the USA and Cuba will drastically improve in 2021.

There is a strict protocol that includes carrying out a PCR test on all passengers upon entering the country. The test is carried out in the air terminal and during the first 24-48 hours of arrival, travellers must quarantine in the hotels or private houses where they stay until receiving the result. If a guest tests positive and is asymptomatic, they are sent to an isolation area in a medical hotel. If their symptoms get worse, they go to the hospital.

The Cuban capital has only allowed the landing of humanitarian and cargo flights. Other airports in the country opened in October, but only to receive visitors directed to certain tourist areas, such as Varadero or Cayo Santa María, on the condition that tourists did not leave these resorts.

Cuba’s economy desperately needs tourists for the upcoming tourism season. The Cuban authorities are concerned that the opening of borders and the restart of activities in the tourism sector do not cause outbreaks.

In all hotels, most of which are managed by foreign groups, strict protocols have been created that include that in each establishment there will be a permanent health team made up of a doctor, nurse, and hygiene and epidemiology technician. In the case of medical tourism, the primary care system is responsible for screening in case any patient has symptoms of the disease.

Trump’s measures to tighten the embargo included the cancellation all direct flights between the USA and 15 Cuban provinces, allowing only direct flights to Havana. Half a million Cuban-Americans travel to the island annually to see their families.