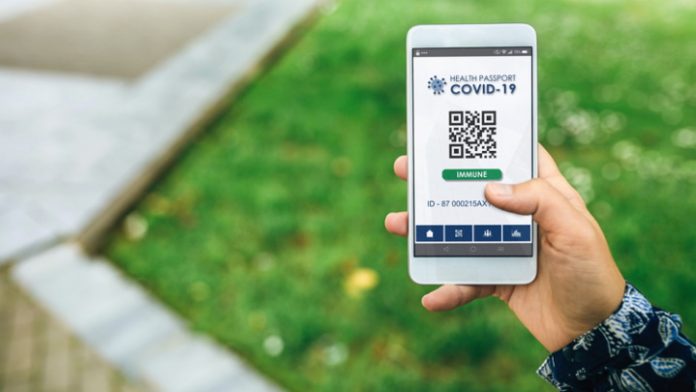 European leaders are working on a standardised and inter-operable form of proof of vaccination for medical purposes and are debating how they can be used.

The EU has agreements on rapid antigen tests and the mutual recognition of test results. European leaders also want vaccination to be accelerated.

Leaders have agreed to work on a standardised and inter-operable form of proof of vaccination for medical purposes. They will determine at a later stage in what circumstances these certificates could be used.

Digital health passports that enable passengers to travel internationally after Covid-19 could become necessary in Europe, as companies begin development of the idea and countries consider new laws.

The idea of health passports, which would certify that the person has been vaccinated against Covid-19, has already received support from airlines and airports.

One advanced project on the idea of a health certificate is the smartphone app AOKPass, which was developed in March 2020 by the International Chamber of Commerce (ICC), in partnership with the companies SGS and International SOS.

AOKPass is holding talks with 170 airports worldwide. If introduced, the app would require passengers to register a recent negative Covid-19 test or proof of vaccination, before being allowed to travel. The app is preparing to launch a major trial in France, in partnership with Paris airport Roissy-Charles de Gaulle and French medical laboratory group Biogroup. It is also in discussion with French-based international airport management group Aéroport de Paris. It has already partnered with Rome airport managing company Aeroporti di Roma, and Italian airline company Alitalia. It is also in an experimental phase with several airlines that connect Singapore and Tokyo, served by Singapore Airlines; and on a Rome-Atlanta route, served by Alitalia.

The idea is to establish a proper system of checking and certification of tests and vaccinations.

The European Commission is in active discussions with member countries on the recognition of vaccination certificates, at the same time as working on acknowledging negative tests.

A European certificate could prove controversial in the UK. The Department of Health has said that vaccine passports were not being discussed at this stage, because it is not yet known whether the vaccines stop a person being a carrier of the virus or how long the vaccine protection lasts.

The EU has said that the health certificates could be used in the EU and beyond, although it is not yet clear if this will apply to the UK, or if the UK would accept EU certificates for travellers entering its borders.